They only made five of this console. It really is a monster; the size of two sofas. And it was unusually dead; all the lights came on, all the power supplies were up, but there was nothing on the display and everything was muted. There was no manual override; every channel, group, monitor, aux send and the entire routing matrix was muted.

After some tests on site, I could see this was going to take a while, so I took the CPU card and its little rack home, with all the manuals and the two spare CPU cards (also not working).

I replaced the NiCd batteries and repaired the acid leakage damage. I took the EPROMS out and compared them. Fortunately one of them had not decayed and I was able to copy the code and verify the device by erasing it and reprogramming. I then replaced the duff EPROM in the spare board. But I could see there still wasn't any activity on the data and address buses.

I was going to need an In Circuit Emulator for the CPU. These usually cost thousands, but I managed to track one down as a kit that was designed for just this particular CPU. 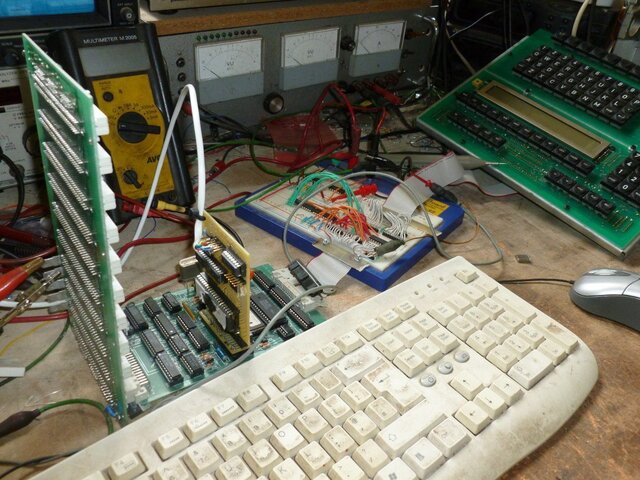 I also tried to replicate the interface between the CPU card and the display. 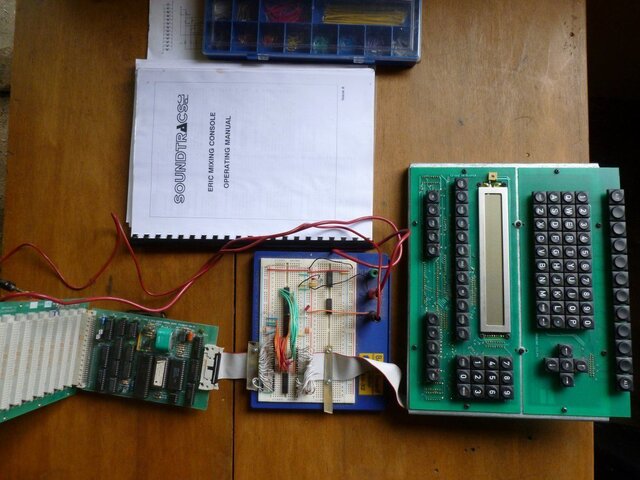 After much testing, I eventually found the fault: the crystals had aged and the circuit had taken off at double frequency. Replacing the HC TTL chip used for the oscillator with a standard TTL type solved the problem and everything sprang back in to life. 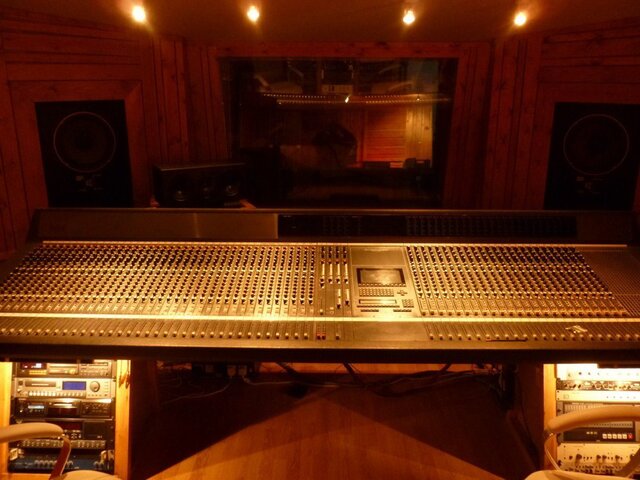 Teching up the old girl