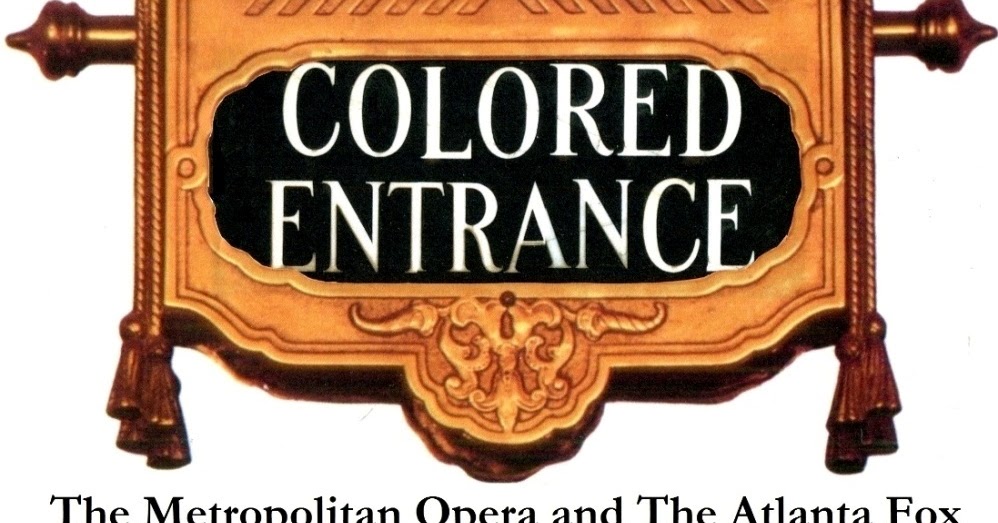 For two decades, the annual spring tour of the New York Metropolitan Opera played the Atlanta Fox Theatre. In 1961, the opera company wa...

Contained in the above article is a link to a fascinating failure of a building, the ATLANTA CIVIC CENTER 1968 - 2015. In some ways, I find this venue even more interesting than the Fox. Among the tidbits (in no particular order):

For some reason lost to time, the project hired as acoustical consultants the Boston firm of Bolt Beranek & Newman, in 1968 best known for its work on New York's Philharmonic Hall, which had opened in 1962 to dreadful reviews. The first building in Lincoln Center was the well-publicized worst acoustical disaster of all time.
Click to expand...

The nerve center of the theatre is the lighting switchboard, with a manufacturer's label saying "Lighting Equipment Company of Elk Grove Village, Illinois." However, the control section is definitely a Ward-Leonard Solitrol.
Click to expand... 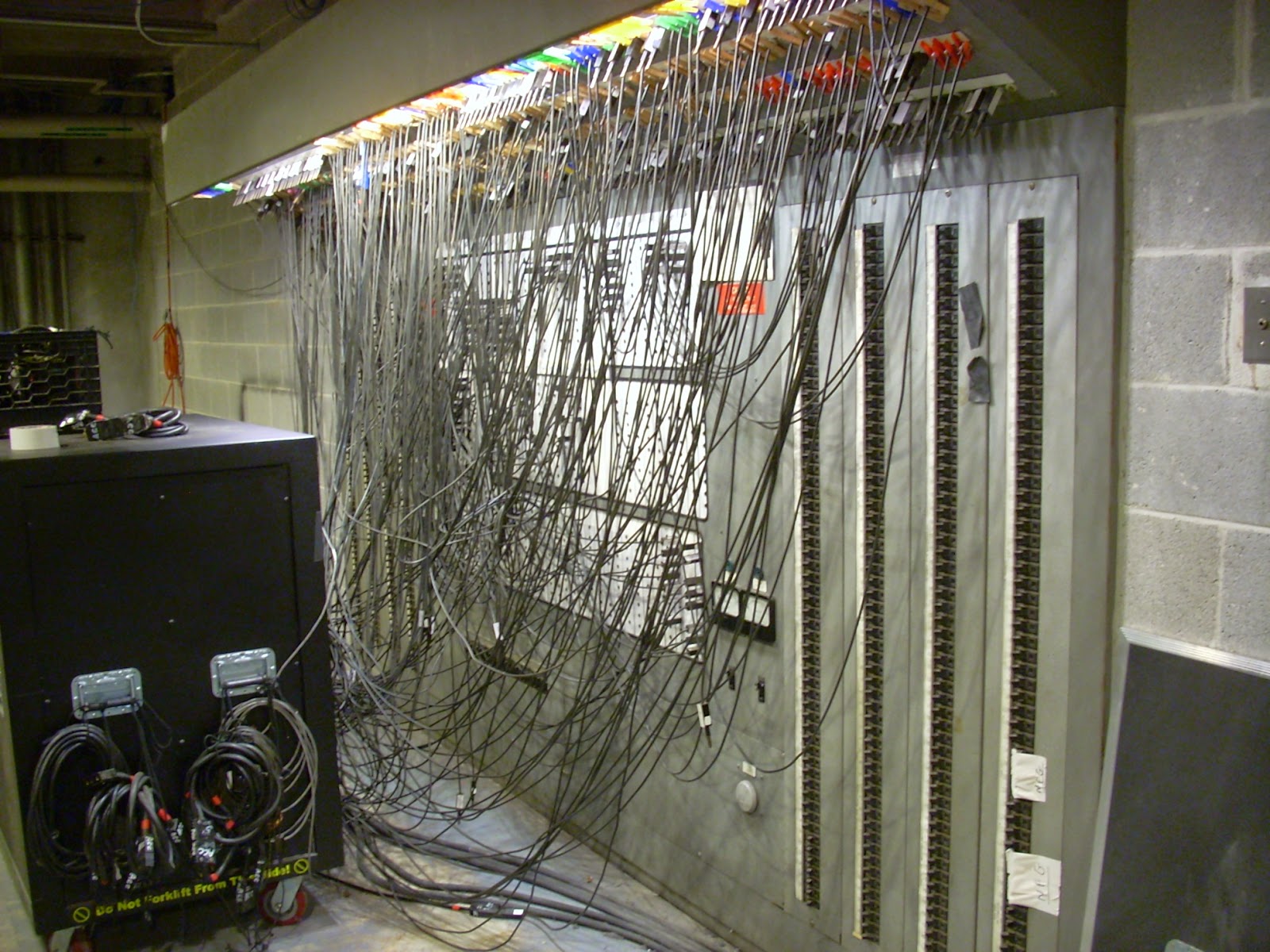 One of twenty-two stage deck floor pockets, manufactured by the Major Corporation.
Click to expand... 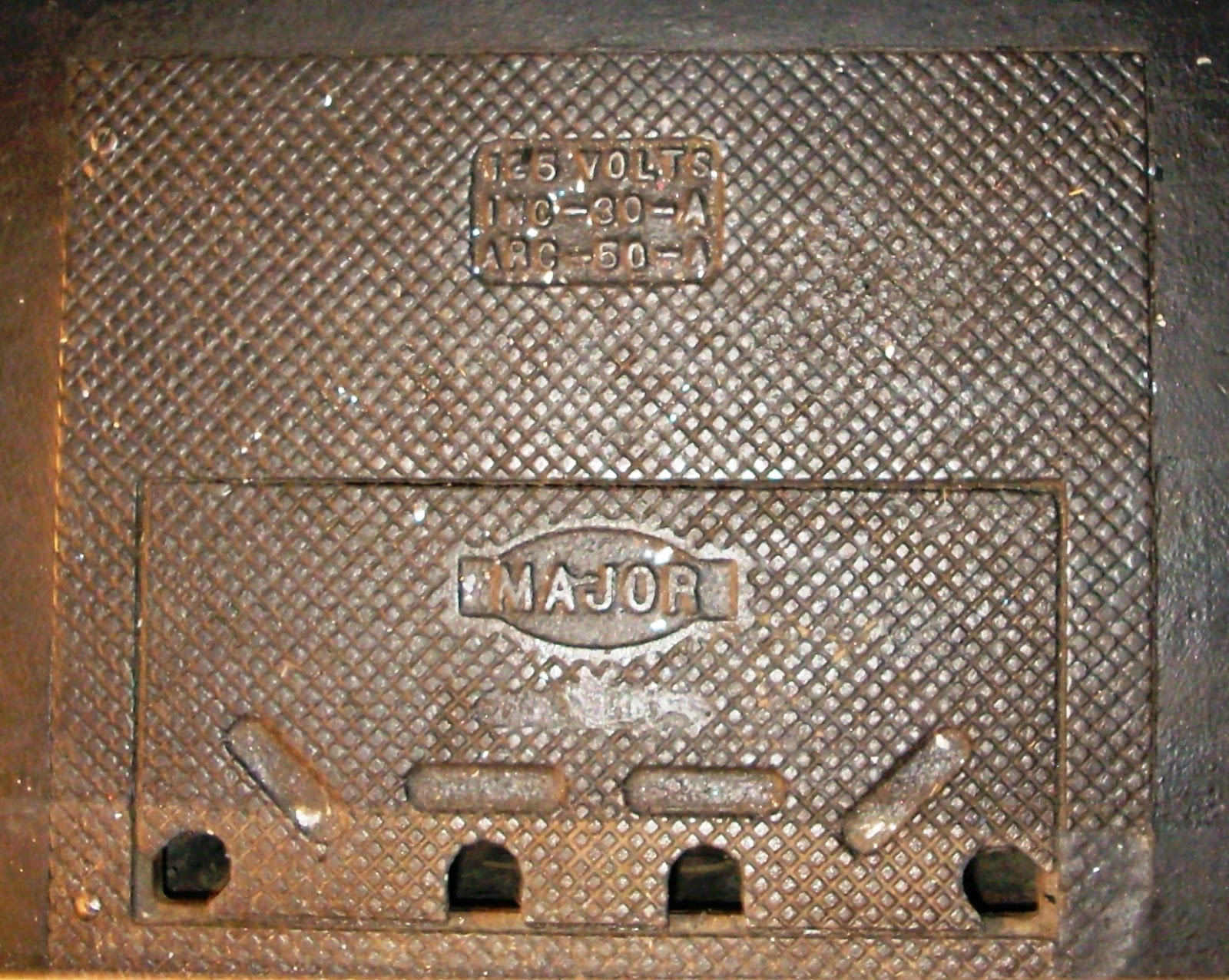 Four (very dirty) porcelain females to receive the rare triangular grounded "stage plugs," which were invented in the 50's to satisfy NYC TV studio installs and were known as "TV plugs," pejoratively of course. Ungrounded stage plugs date back to the 1890's.
Click to expand... 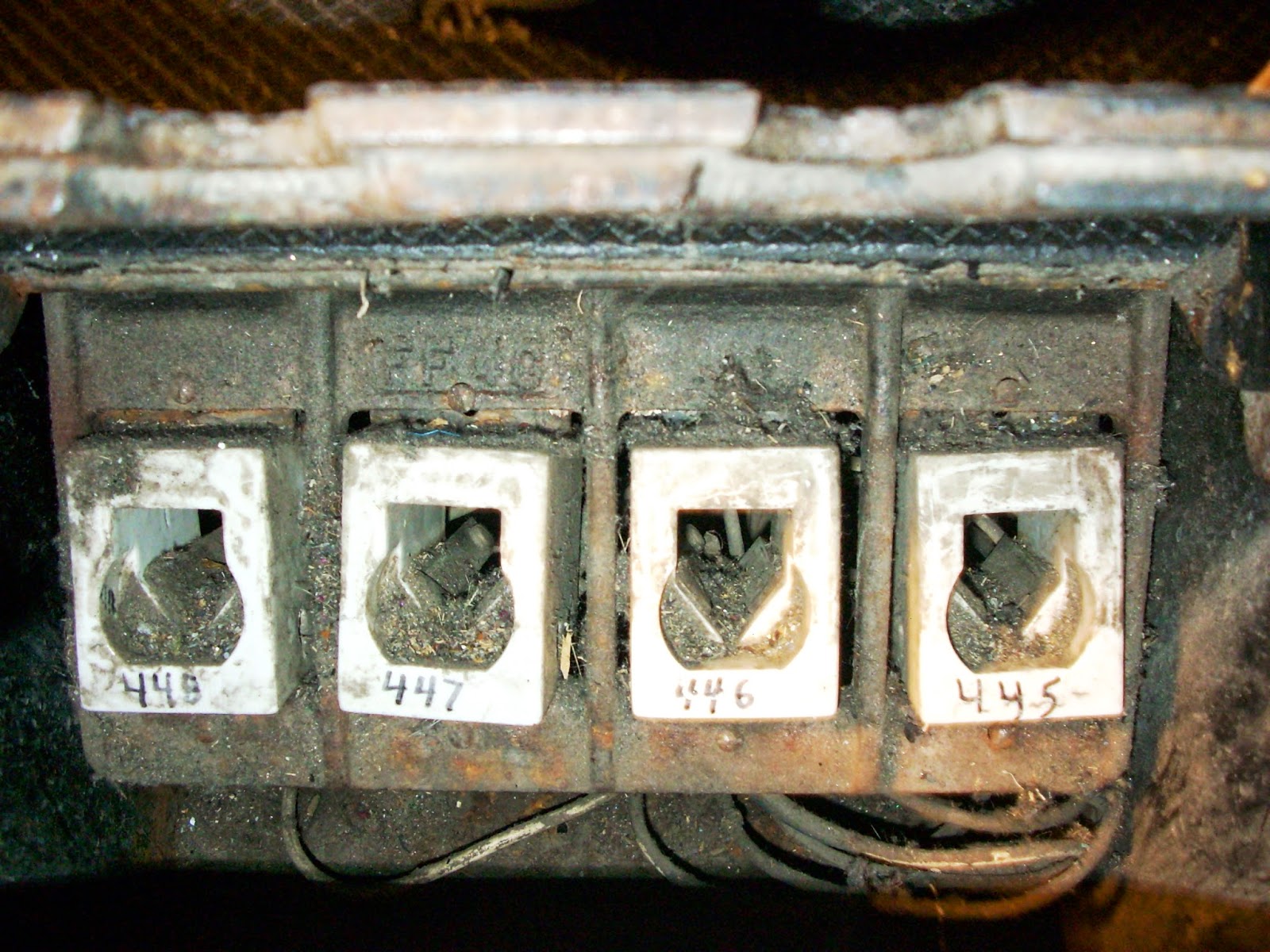 As discussed in this CB thread: https://www.controlbooth.com/threads/triangular-stage-plug.44116/ 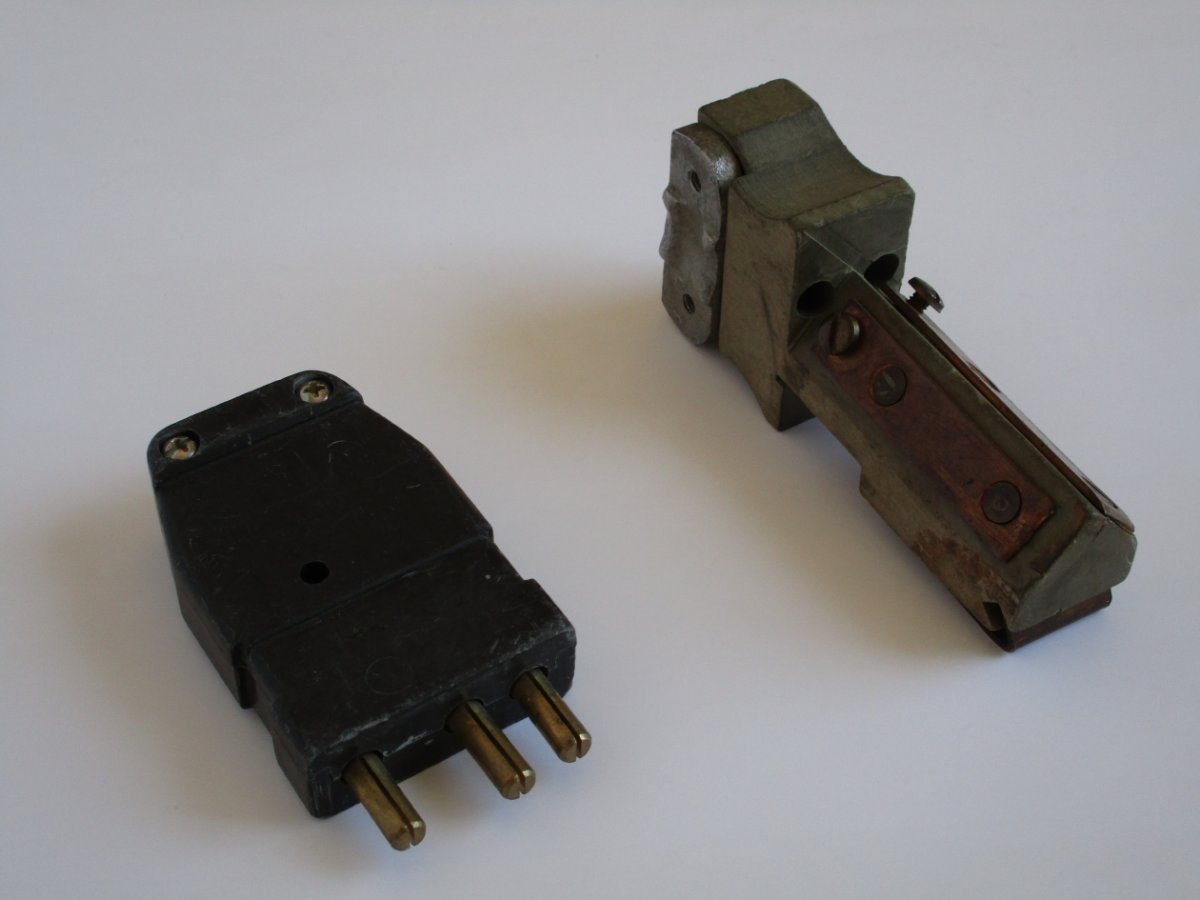 4. Five FOH lighting bridges/catwalks/beamslots, some with circuits, some without, but only one (Bridge#2) of which had a view of the stage un-obstructed by acoustical clouds. 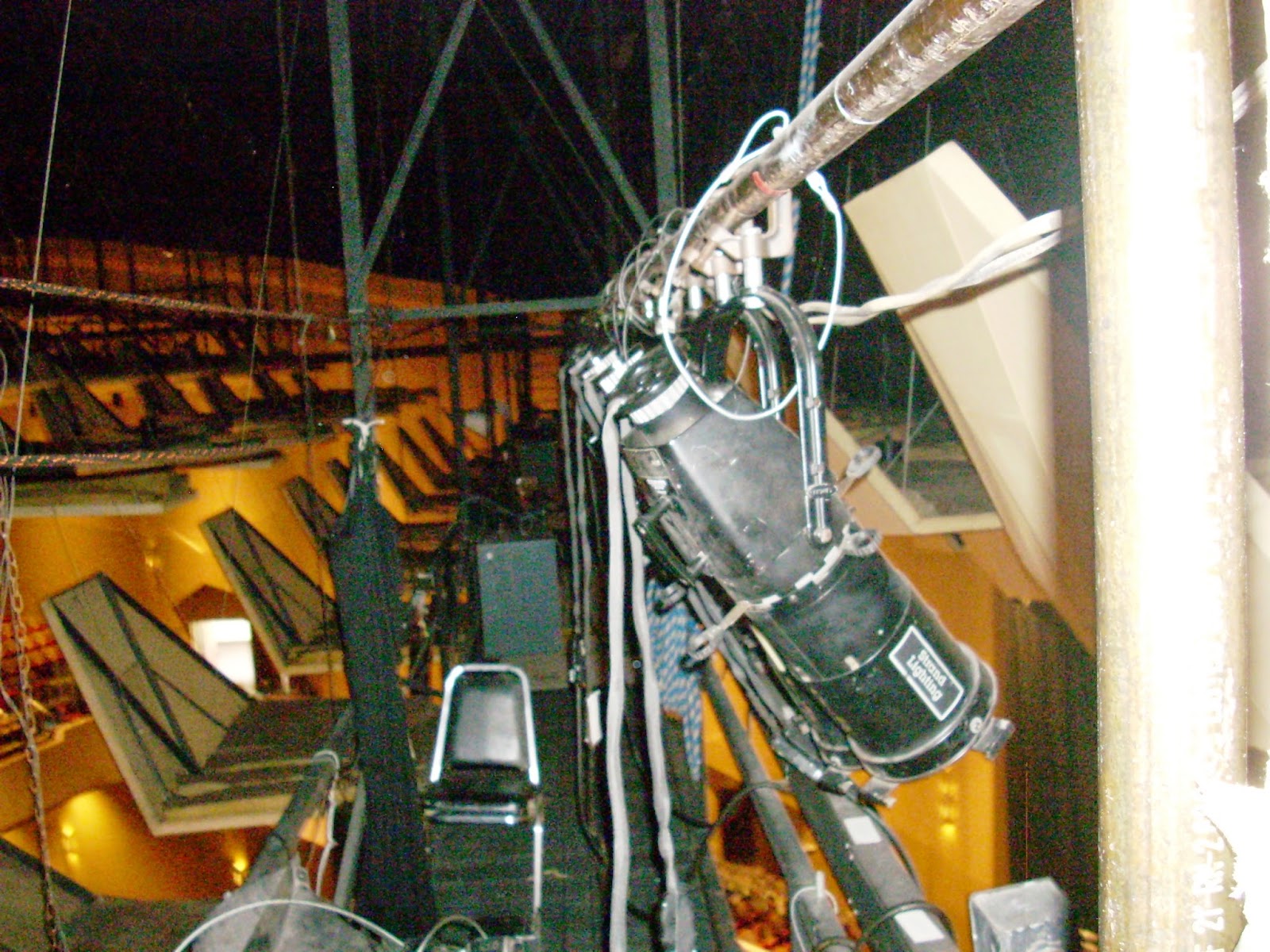 Shown above with 1980s Strand Century 8x13 (10°) ERS units. The hanging pipe was "temporarily" installed by the House Electrician and crew in 1973, and remained until the building closure in 2015.

5. The two-scene preset lighting system called for 100x 10K dimmers, but only 50 were ever installed.

"Rock Shows" are not permitted in the Civic Center Auditorium.
Click to expand...

was certainly NOT unique to Atlanta, and is the reason we go today to see popular music acts and Celine Dion in basketball arenas.
Last edited: Jan 20, 2020

was certainly NOT unique to Atlanta, and is the reason we go today to see popular music acts and Celine Dion in basketball arenas.
Click to expand...

One further irony, for the first 30 years of the Met in Atlanta, they played at the Municipal Auditorium which was actually an arena in which they had to build a stage house at one end of the arena.

EDIT: How strange, the middle line of the quote vanished, could it be have anything to do with the vertical gold bar on the left?

JohnD said:
EDIT: How strange, the middle line of the quote vanished, could it be have anything to do with the vertical gold bar on the left?
Click to expand...

No, it's just that the system doesn't copy quotes-within-quotes. I've requested this from @dvsDave for quite some time.
You must log in or register to reply here.