This represents a teaser for the Deepfake videos created for my personal obsession and project called the Tower of Terror Theater, which is a themed home theater recreating the Tower of Terror Basement Elevator based on the Disney theme park ride entrance. The video shown here is a video which introduces a series of video effects and special effects which attempts to provide an explanation of the events surrounding the Tower of Terror story in which five guests disappeared in the hotel elevator after a fire resulting in an elevator plunge on Halloween night in 1939. It was filmed with green screen as further editing will occur prior to its planned inclusion as a "holographic" projection appearing within the theater two times during special effects scenes currently being developed. The talent involved in this project for my home theater include John Monforto as the body double, Mark Silverman as the voice of Rod Serling, and Dr. Fakenstein the deepfake special effects artist. Special thanks to Donald Dean the electronics/prop builder/programmer as well as creative partner in this project. Check out the Tower of Terror Theater Youtube channel to see over 50 videos on the development and progress of this project. One of these days it WILL be finished and of course we will have a video of the complete special effects scenes including the complete deepfake video. https://www.youtube.com/channel/UCcTO0no5eLSdGT8u6C-mcJg?view_as=subscriber

Here is the latest ehancements on the Deepfake:

Dude, that is awesome. Nicely done! 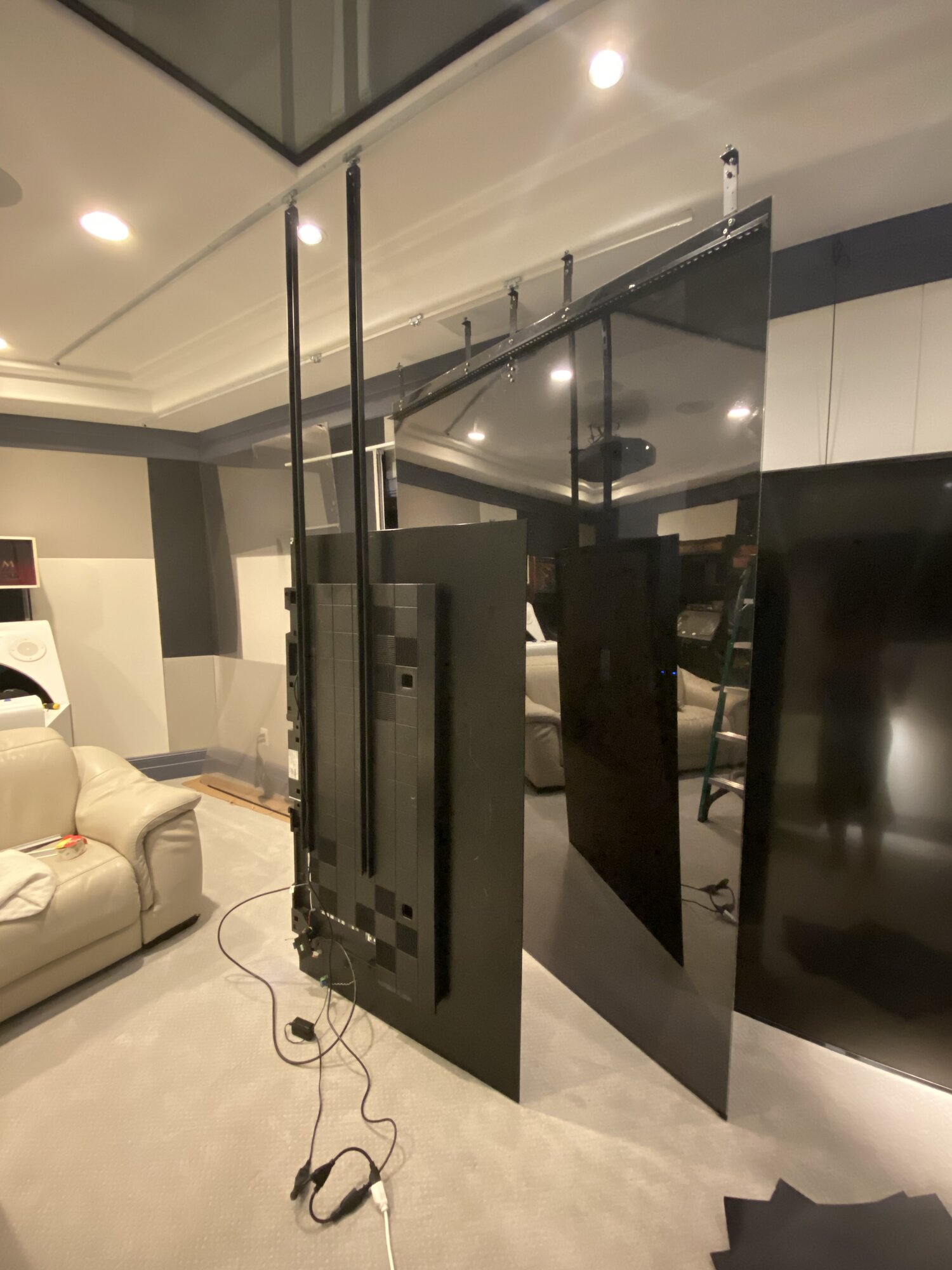 Simply a 77" OLED with perfect blacks. I was very lucky to find an OLED that someone apparently had vandalized by scratching an "X" across the screen and also had some display abnormalities . When the TV is on, the "X" scratch is essentially not visible, and I edited the video so that Serling and the bellhop only appear on the side of display without defects. Because of the defects I got the TV at a large discount, but for my application it works as well as a TV without defects. Fortunately Rod Serling was only 5' 4" and his full-height image can fit in the 5' 7" vertical display limit. There is also a Lexan sheet with two-way mirrored film which can be slid at an angle in front of the TV meant to hide the TV mounting hardware. I found that it is not even necessary to have the lexan sheet, as the TV mounting hardware is not visible inside the darkened theater.
Last edited: Oct 29, 2020
You must log in or register to reply here.