Hey, I thought we could share pictures of our shows...

Lets get started here are pics of a show i produced and designed the lights and sets for. and if you are in New york its playing off broadway soon. the show is called Neale Godfreys Tap Dancing Through the Board room i was going for a Broadway slash film noir look..


Tell me what you think and post your own shows

Here are his pictures 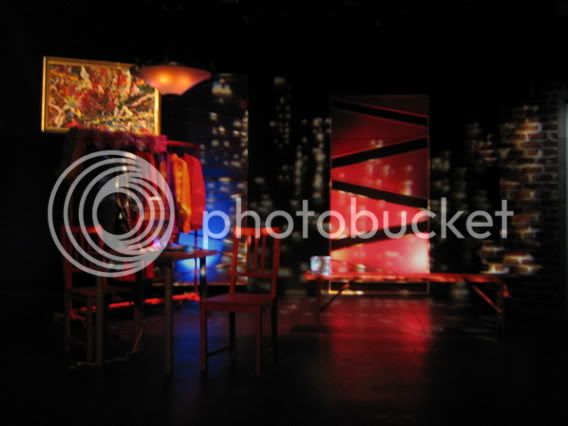 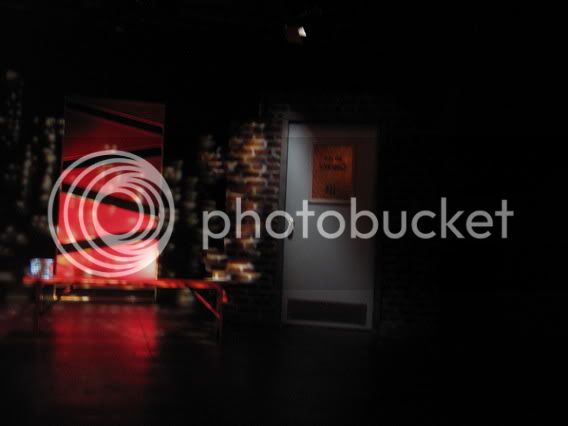 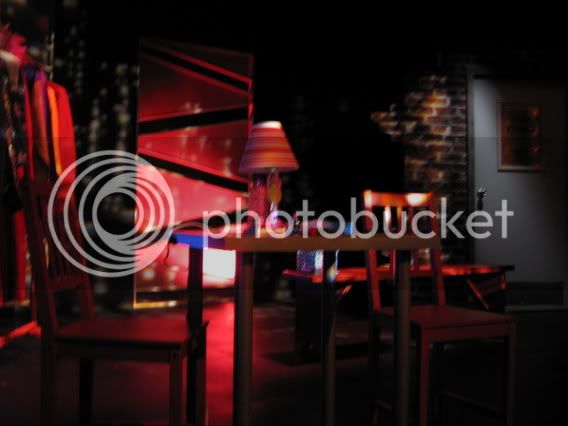 Wow! Thats some amazing work! you guys just keep giving me higher and higher goals to shoot for!
Peter

Thank you now come on everone post some pics.

I have a few but I don't have them online and I don't see a way to upload images that aren't online already, which mine aren't.
http://www.chicagolightingdesign.com
"I don't feel it's healthy to keep your faults bottled up inside me." - Bucky Katt

Administrator
Senior Team
CB Mods
Fight Leukemia
Just to let everybody know, you can upload your own files to CB! Check out the My Uploads link in teh main menu!
"Literature and fiction are two entirely different things. Literature is a luxury; fiction is a necessity. A work of art can hardly be too short, for its climax is its merit. A story can never be too long, for its conclusion is merely to be deplored."
-G.K. Chesterton​
L

Let's see if I do this right.

A show I was on crew for last year. Couldn't do it this year.
http://www.chicagolightingdesign.com
"I don't feel it's healthy to keep your faults bottled up inside me." - Bucky Katt

len... it's a picture of a truss w/ some cool lights, lets see the set

BTW- Free and easy image hosting can be had here:

Not a set. It's a place called the Aragon ballroom in Chicago. Very famous and on the National Register of Historic Places. There is a stage, but that wasn't in use that night. Just an AIDS awareness fundraiser with several thousand ravers going until about 8 AM. Here's a another shot

of the truss being assembled and you can kind of see the room. I couldn't stay too late into the party. I still had to rig another party for the next night at another venue. So one crew was ripping fixtures out of there at 8 AM, and driving them over to here

for the next party. That's a pix from Saturday night at about 10 pm. The doors had just opened and we were still hanging some specials for the entryways and aiming some lekos on the bar area. I climbed down a ladder and backed into a guy with butt-less leather chaps on.

The next day we had to rip everything out and get it loaded on a truck by 2 PM. And we were 2 crew short. Not fun. I didn't sleep for nearly a week.
http://www.chicagolightingdesign.com
"I don't feel it's healthy to keep your faults bottled up inside me." - Bucky Katt
S

The only one that even came close to turning out, I have a bunch more but they are all grainy and make me mad that I didnt think to take pictures till the last night. West Side Story BTW
L

Nice look. Did you consider using a frost for the spot? If you chose not to, can you say why?
http://www.chicagolightingdesign.com
"I don't feel it's healthy to keep your faults bottled up inside me." - Bucky Katt

Fight Leukemia
Did you consider using a frost for the spot? If you chose not to, can you say why?
now that is a topic that lighting people will be divided over
Philip LaDue
Staging Supervisor at NYC Mobile Stage.com
Entertainment Freight Broker
S

Nope and heres the cut and dry answer. It wasn't an option, the lights in use are moving lights (they travel upstage partway threw the song and I wnated to keep the toplight on them.) and two of hte lights fdo not have a frost option. I can change out gobos like a mad man but I have yet to change a color. A secound reason would be I wanted the hard edge look, I saw it as a fantisey, the real world does not matter, just whats inside of the lights and because they can never be together its a hard edge. (not my thoughts at the time but makes a bit of sence now) An the worst reson is out TD is not a big fan of frost so I have not been exposed to it untill I started reading differnt books.

Things that shouldn't be in the picture, side light; way too much it helps bring out the faces but also does it too much, uneven cyc wash; one or two more cells would help alot.

Thats one of the set, it was a fun one to build. I cut the steel but we had a pro come in and teach the TD how to weld it. Then we hung stuff on it for differnt scenes. THe other major set peice was Maria's bedroom which was two pieces of scafolding that caus emany a head ach for the grips.
L

here is a link to a photo album from our Jesus Christ Superstar. Sorry there not the best but tell me what you think.

I liek the red and blue contrast in photo one.
T

Wow, guys good pics, but lets watch the size, say 800X600 at the largest so that people can see them without having to scroll all over the page.
J

Here are some pics from Waiting for Godot

and keep on posting pics
P

That is SWEET looking fog! What did you use to make it? A dedicated "Ground Fog" machine? There are plenty of other threads about foggers, so i dont want to get off track here, but i am curious!
Peter

I dont think thats the result of a foog machine, looks more like foam or bubble type snow to me
M

Here are some pic of 2 of my recent shows. one is a dance show the other is footloose. please comment as it is a good way to learn