Haven’t made it to the exhibit hall yet but from the demo rooms “Immersive Audio” is the major trend this year. Basically it’s everyone who had a solution last year plus 2-3 manufacturers who partnered with Astro Spatial to remind people that if you need immersive, you can still buy speakers from them and stick ASA’s immersive engine on front of it.

d&b’s showing off a new ultra compact B8 and Bi8 sub, small enough to be a carryon. They also added the A-series, which is *like* a curvilinear rig up to 4 speakers but is designed so you can adjust the splays like a line array. Target is to maximize coverage up to 150° vertical on just 2 amp channels total for the 4 boxes, and then dial in the MDC midrange directivity control in the amp to give smooth coupling through the full vertical pattern. Or you can burn 4 amp channels and use it for ArrayProcessing. Also can be spun 90° so you can get a nice 150° wide cluster for something like a nightclub with a low ceiling. For anyone who’s looking to check them out, every other demo session is a Soundscape immersive demo that’s worthwhile. The other demos are more about their catalog updates.

Danley’s got the Sharc Fins back in the demo room. Looks like they’re getting ready to make it a product you can actually buy. 180° wide coverage with an asymmetric pattern to shade evenly front to back of the room. They’ve also got a new sub and some new studio reference monitors that seem pretty good.

I’ve been in a couple other rooms but nothing breathtaking. As usual, demo rooms are very hit or miss and there’s a lot of miss this year. I normally like Martin but I thought they got distracted by partnering with Astro Spatial. Everything in the room sounded off like they chose poor tracks and never cleaned up 100-250 Hz when tuning the rig. Only thing I liked was the CDD’s, and those aren’t anything new.

One of the more notable takeaways from the show. Harman was shoved into a closet off of the show floor about 1/4 the size of their usual booth. Took me 2 days to notice their suspicious absence from the floor. Then this was discovered on one of the walls of the rather sizable Samsung booth... 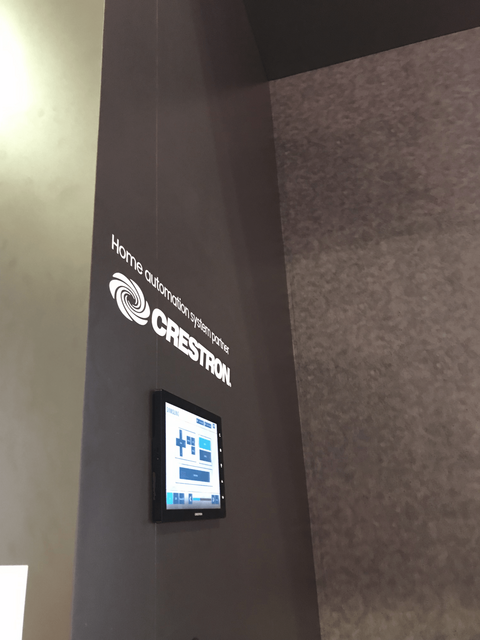