Hi all, I'm working on an architecturally significant restoration of a 1948 home and came across one Kliegl light original to the building. From archival photos, it's clear they were used heavily around the residence and I was hoping someone here might be able to help identify the model. The can hangs in an open cavity in the cabinet and screws into the top piece along where the Kliegl plate is. It could be that this was something that would have been custom made for residential use, but if anyone recognizes it from production experience, I'd appreciate any advice. 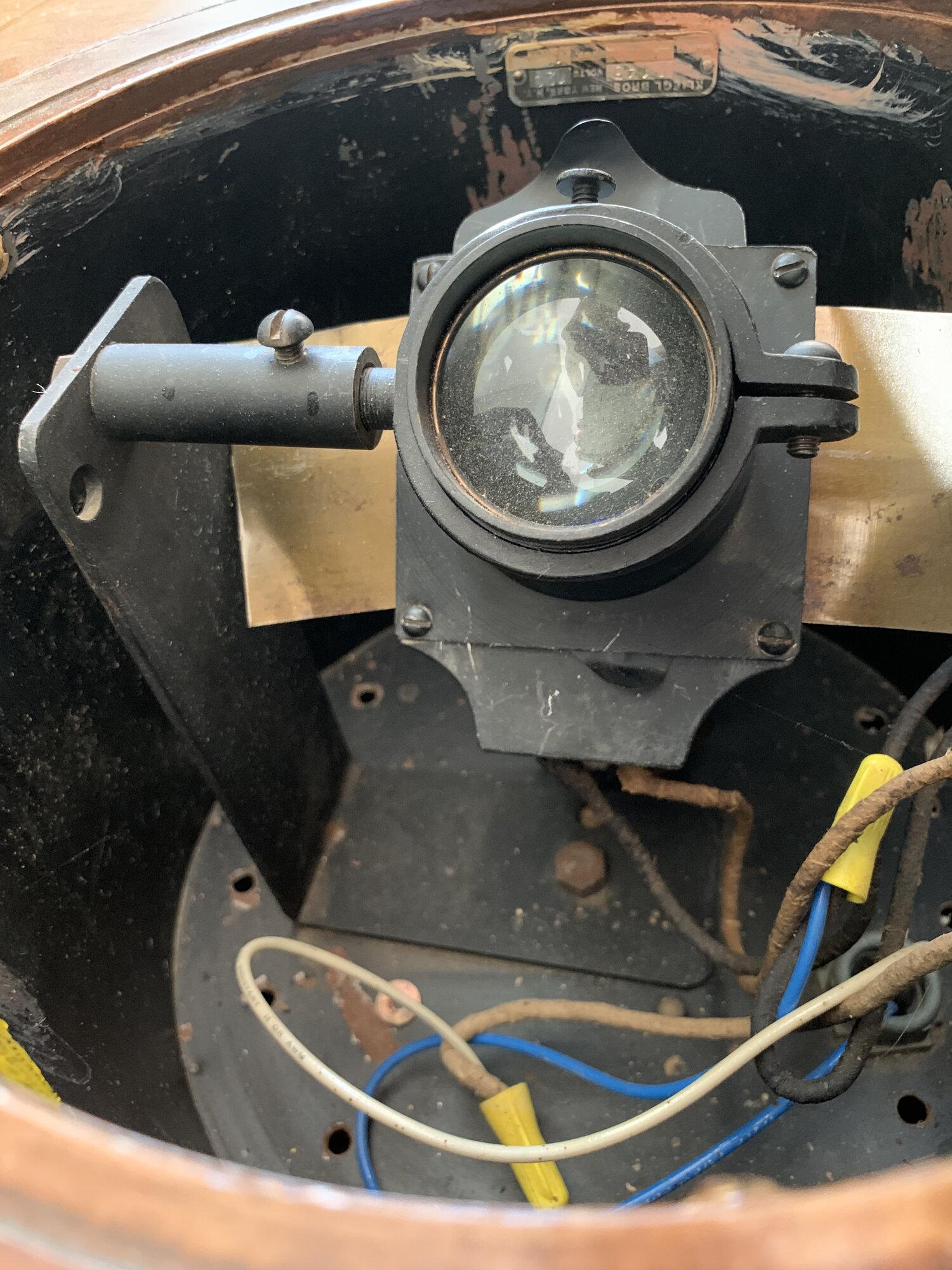 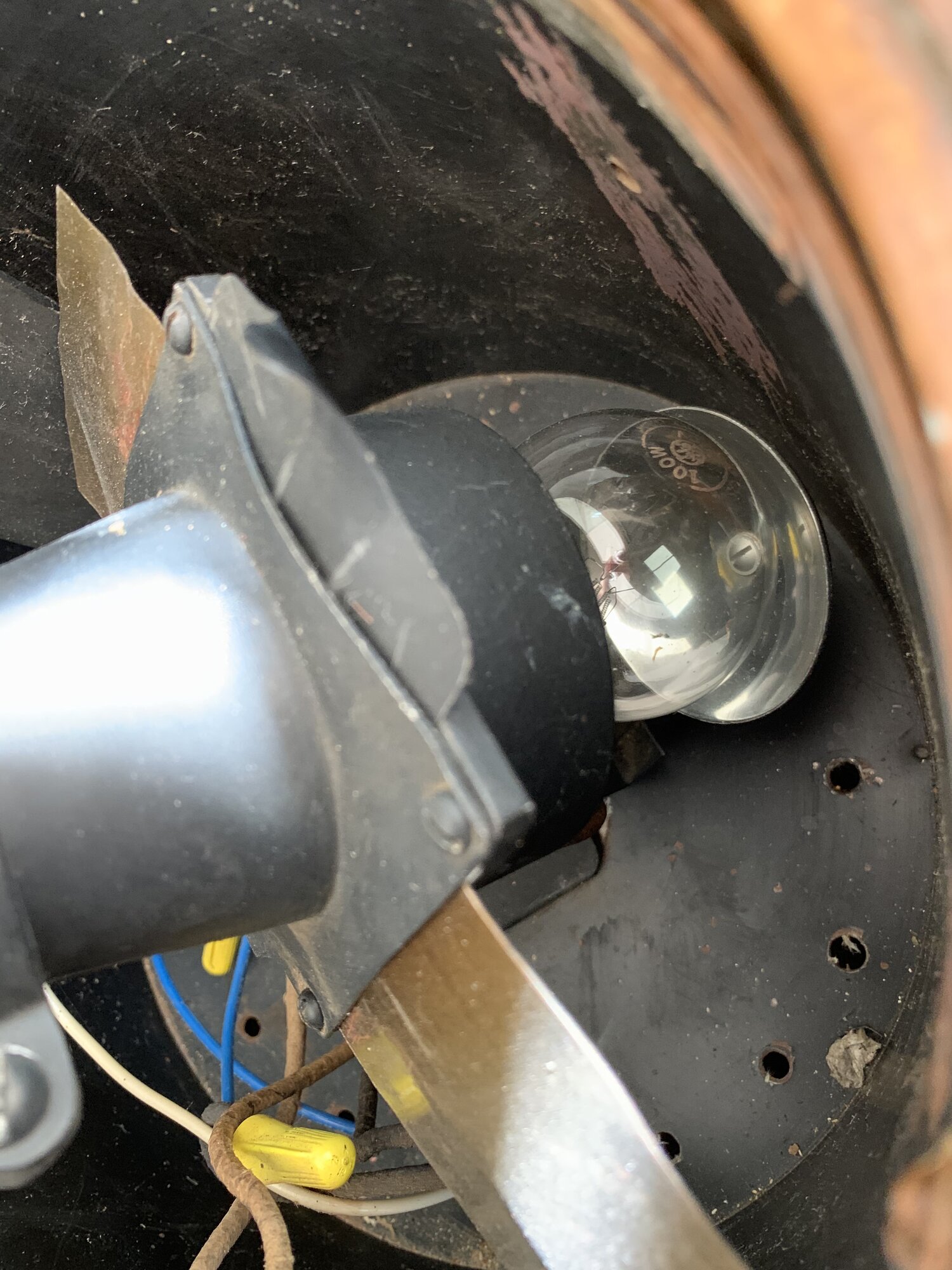 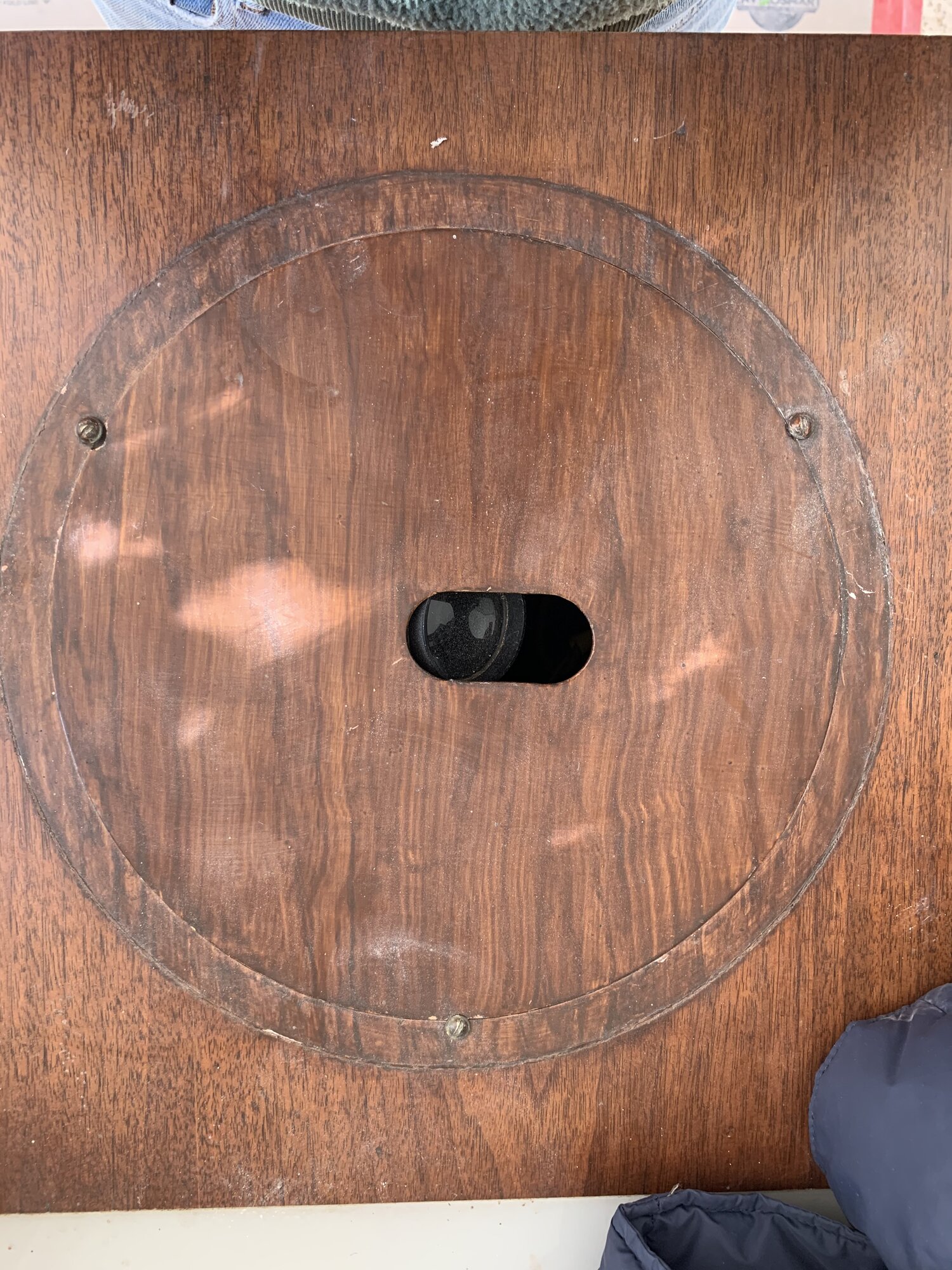 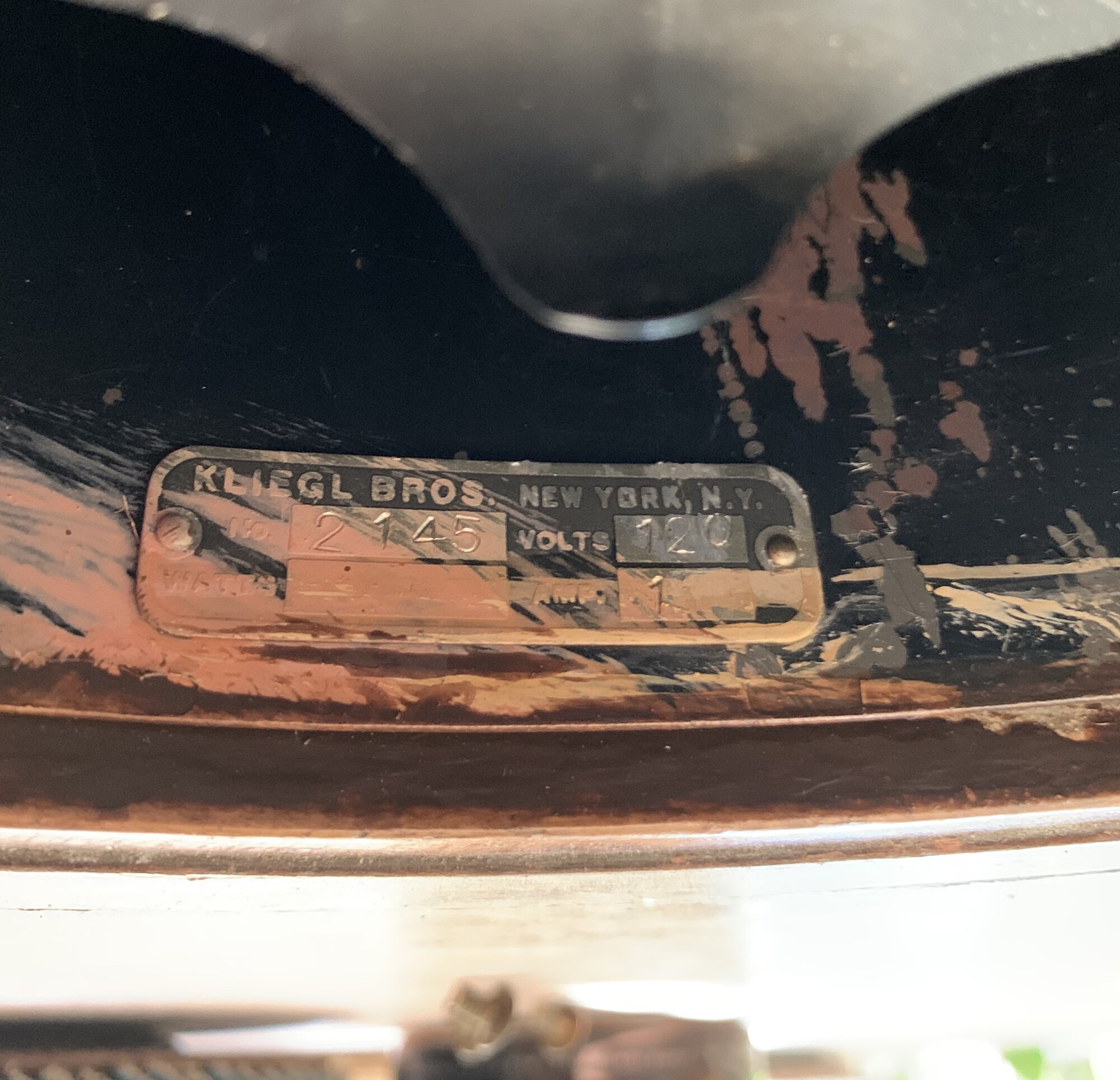 Try the #40 catalog from 1936, the downlights in particular:

Very cool. I'd think it could be rewired and upgraded to warm white LED for the sake of historical accuracy.
S

Be careful in that wish... R&D' doing LED node for some Leko's this past Spring. Yep' you can in using a high power LED node if the idea above. Need serious heat sink and forced cooling probably which would need cleaning and fan could wear out. In testing the lighting source never reached a temperature it would fail soon, and the lamp/node would fail - but we were really close to it's maximum after only a few hours without forced cooling. Testing with medium output lamp which would probably be fine for a house.

On the other hand, sustained use would no doubt be a bad thing to use. I was R&D on a 8" Leko cannon with a 12" body so it was in any way a larger free air cooling fixture body than this shown I think - don't bother R&D doing a LED node for the light.

Instead perhaps a re-design to fit a MR-16 or PAR say Soraa type narrow or medium/narrow beam lamp sized to match that snout I think the light is projecting thru. This would run cooler, have a reflector and would be using all UL listed parts all about in wiring and mounting.

John D's observation correct in finding the catalogue? Been all thru the Kliegl catalogues, but never noted such a thing... than again I'm normally looking for something I'm working on. More photos please in getting a better understanding of what you are working on.

Strange, stage lighting fixtures are not listed for home use I believe even back than. More photo's as per a nerd, and today I didn't have the energy to go up to the under the organ access hole, four stories up... after other up and down all day long. To remove from the procenium, and replace the down lights which are going thru such a funnel - slightly larger in 6" seemingly. More photo's all about your project before I go up there again in prep. help.
S

Not finding the 1940 catalogue on the website in even searching the outer website "new catalogues" which used to be a separate source to find stuff.

Here is the direct link to the 1936 catalog, it does show up for me on Microsoft Edge as (not secure) so your browser might not allow it.

I had a color changer which looked like the one on the lamp pictured in the left column of page 55. I "donated" it to the fellows running the http://www.klieglbros.com/ web site, supposedly to be "cleaned up" and displayed in their "museum" and on their web site along with some Kliegl catalogs I'd sent them. This was something like 15 years ago and I haven't seen nor heard from either the color changer or the guys running the museum/site since. I must assume that they're still around; somebody's paying to keep the site up. Anyone here ever contacted, or been contacted by, them?

I would wire it to an external transformer and use a 12v lamp intended for landscape lighting. Failing that, even a 120v LED designed for enclosed fixtures. Life can still be hit or miss, but I've had more good luck than bad - especially if you use the best lamps you can get. I don't think I would "invent" an LED system for these - as Ship mentioned, the heat sinking would be difficult. Low voltage would be ideal from an electrical safety perspective - and might not raise as many flags with inspectors.
S

Ah' thanks John D'. I was for some reason thinking 1940 instead of #40 catalogue - no idea why as you were very clear in what you were looking at. Are you thinking the #2145 Miniature from page 22?

I have also sent info to klieglbrothers.com and believe was in contact with them around ten years ago. No action since - dead website and good question who is keeping it active, no matter how useful it is. Theater Crafts has it's own catalogues that are active, though I did send them some info a few months ago and not heard back in asking for more.

MHStudio, would want more photos and dimensions before making observations beyond seeing some type of globe lamp, a reflector and some lens train or condenser lens assembly. Very interesting, would love to see what it's lighting also.
Last edited: Nov 9, 2020
Z

MHStudio said:
Hi all, I'm working on an architecturally significant restoration of a 1948 home and came across one Kliegl light original to the building. From archival photos, it's clear they were used heavily around the residence and I was hoping someone here might be able to help identify the model. The can hangs in an open cavity in the cabinet and screws into the top piece along where the Kliegl plate is. It could be that this was something that would have been custom made for residential use, but if anyone recognizes it from production experience, I'd appreciate any advice.

I believe that Penn State received most of Kleigl's paperwork when they closed. William Kenyon is the LD there and in charge of their historical lighting library. He may be a good resource.
You must log in or register to reply here.