Nimrod Webber of BT-12 the New Patented COG Loudspeaker Adapter (bt-12.com) fame has posted this project at PSW forums.
Wireless DMX clip/hook (prosoundweb.com)
Some people here might find it of interest. It combines an Ebay pcb and 3D printing, what's not to like. Of course he got the pcb from the Aussie Ebay.

I have had good experiences with the ebay DMX transceiver kit as well. Great idea to put it in a custom enclosure that will clip on to truss or battens.

I was a little surprised that he is using a high-gain antenna. The kit comes with an antenna adapter that is reverse polarity. I assume it was intentional so that you will use the antenna that comes with the kit. I suppose there is increased potential for unwanted interference with a different antenna.

My version is powered with a 5-volt wall wart and is more ho-hum. 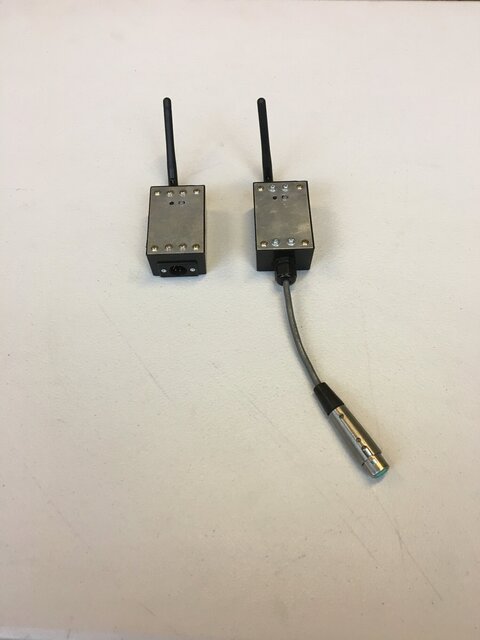 This is my version. It has a 5v ubec in it which means it can be powered by any voltage up to about 36v. I use these in movable props that require light to be inside them and battery powered. The multi coloured lead is DMX and the grey one is power. They probably are not as good as the big name ones but they suit my purpose and my budget. I can run 2 different wireless groups with the equipment I have. The antena is the type out of a laptop computer for the WiFi.
Regards

That's a really interesting design... kinda wish I would have seen it over the summer. I had need for outdoor wireless DMX with nothing close to a reasonable budget for it, so I ended up buying a kit of the XLR dongle-style transmitter and receivers as an experiment. I took the guts out and put them into 3D printed cases (including the board from the wall-wart style power supplies). I also added a button on the bottom of the case for channel selection. Since these were bound for trees and such, the eye-hook was my idea for easy hanging.

The event ended up getting cancelled at the last minute, so they were only outside for a few weeks instead of the expected 2+ months, but they held up well to a couple good rain showers as well as spray from irrigation. I had some weird behavior with one specific transmitter, but once I identified that one as the culprit, I had good performance even with about 200' to the farthest receiver. I don't know how much I would trust them for anything important in a more complex RF environment, but they are kind of surprisingly good for the price.

Not sure why I felt the need to take a picture before soldering that last wire, but this is what I had handy on my phone... 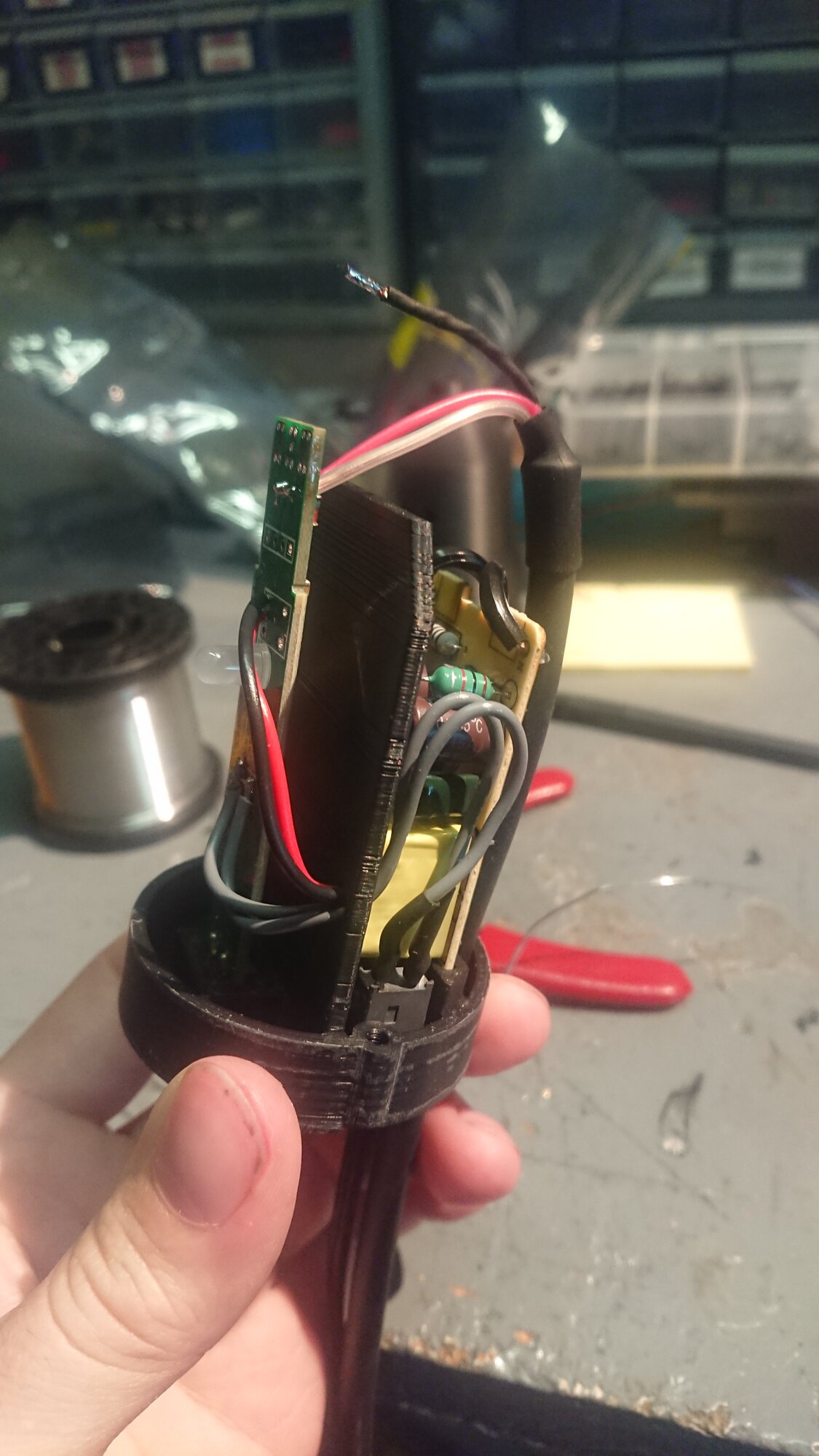 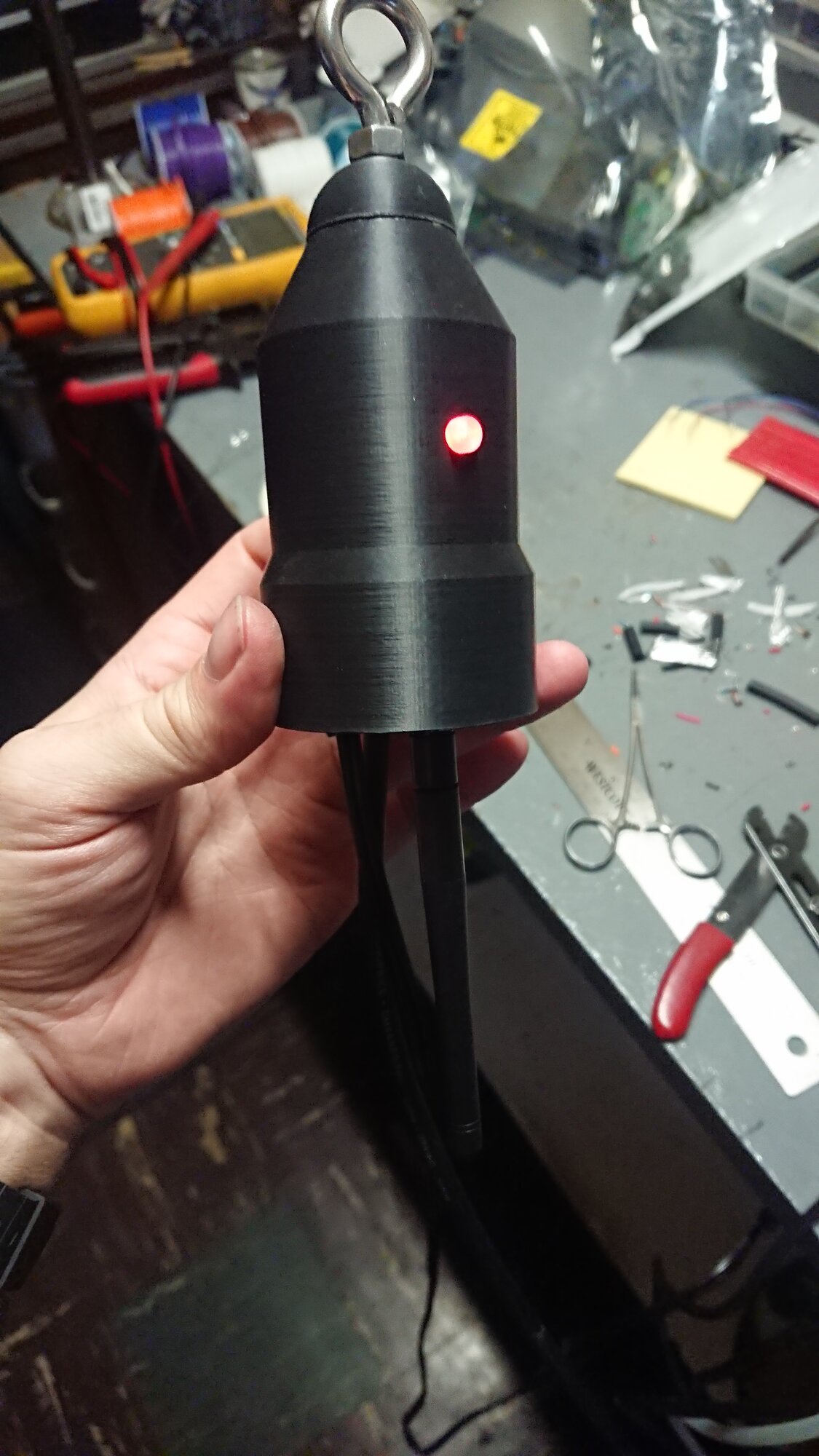