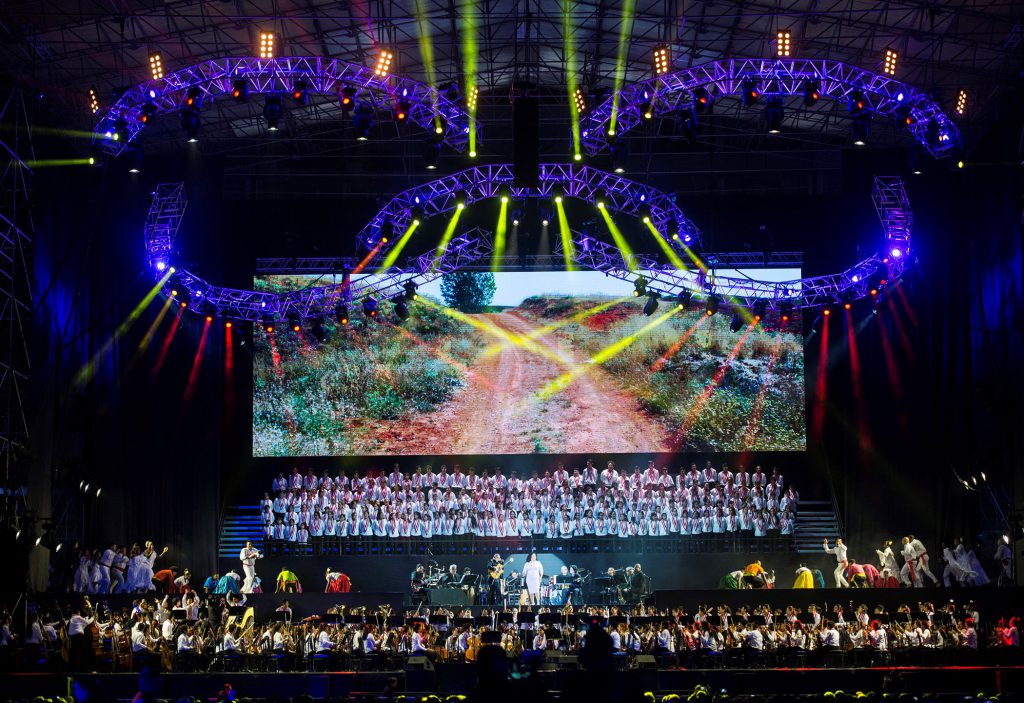 He has been called the “heir to Pavarotti.” Dazzling crowds with his immaculate, crystal clear voice, he is universally regarded as “one of the greatest tenors in history.” Still, even as his celebrated career has taken him from La Scala to Royal Albert Hall, Juan Diego Florez has kept his heart in Peru. So, when his homeland was struck by a series of natural disasters this spring, the famous operatic star stepped up and announced that he would hold a benefit concert to help those afflicted by these events. 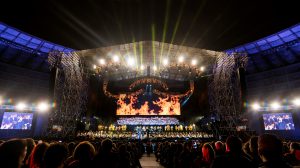 On July 1 this benefit took place at Lima’s National Stadium. Produced by Tito Vattuone and Milagros Florez, “Homenaje al Peru” featured stirring performances by Florez and the Orchestra and Symphony Chorus for Peru. Supporting this unforgettable music was an evocative lighting design by Gianfranco Di Vitto that captured the spirit of the Peruvian landscape and people, with help from a collection of CHAUVET Professional Maverick and COLORado fixtures.

“Tito Vattuone, head of production, and I were looking to convey a sense of Peru in the show’s set,” said Di Vitto. “We wanted lots of landscape, with open areas and lots of Peruvian roads. I imagined Juan Diego with a background of the Andes, the coastlines, and the jungle with large clouds over the orchestra. I translated this into the curves full of light in the truss rig.” 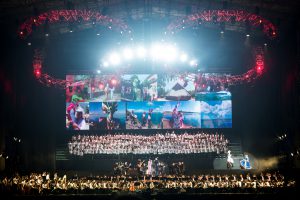 Those “curves of light,” were provided by the 50 Maverick MK1 Hybrid fixtures that Di Vitto flew on five arched truss structures that towered 30 to 40 feet over the front and middle of the stage. Light from the fixtures was often used to create subtle color washes that suggested different environmental images. At other times, the fixtures’ intense beams highlighted different scenic elements and performers on stage.

My options for the lines of color in the curves definitely called for beam, hybrid and high output wash fixtures with double zoom and a CMY Color Mixing System,” said Di Vitto. “The appearance of the Maverick MK1 Hybrid in our market made it very easy for me to achieve the correct coverage, color and quality level for this show with a single fixture.” 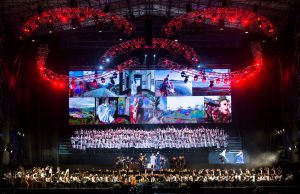 Key to helping Di Vitto create the looks he was after was the wide zoom range of the Maverick fixtures. “The ample zoom that doesn’t lose brightness at wide angles allowed me to cover the entire orchestra. We are talking about a 32 meter wide stage, which held 240 musicians in the orchestra, 200 children in the chorus, 10 musicians in the folk band and more than 80 dancers that moved along the entire stage. That’s over 500 performers moving on stage at once!”

At peak moments in the concert, Di Vitto would rely on his Mavericks to create intense audience and atmosphere lighting. “When the music would call for it, I would change the zoom to its smallest aperture,” he said. “This converted the output into a powerful beam of light that danced and colored the entire stadium.” 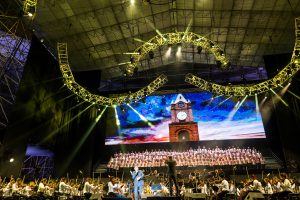 Adding to the color on stage were 32 COLORado Batten 144 Tour washes and 45 Q-Wash 560 moving lights in Di Vitto’s rig. Positioned against risers, the COLORados supported the color themes of the Mavericks as did the Q-Washes, which were mounted on vertical truss structures stage left and stage right.

The concert, which was promoted by Sinfonia Por El Peru and supported by technical consultant and vendor Andres Cuadros, left a lasting impression on the audience as well as the lighting designer. “I have been a designer and director in Peru for 22 years and have worked with the leading artists in the country and some very major events,” said Di VItto “This concert will always stand out as very special to me, because it not only featured one of the great talents in the world, but represented the heart and soul of our country.” 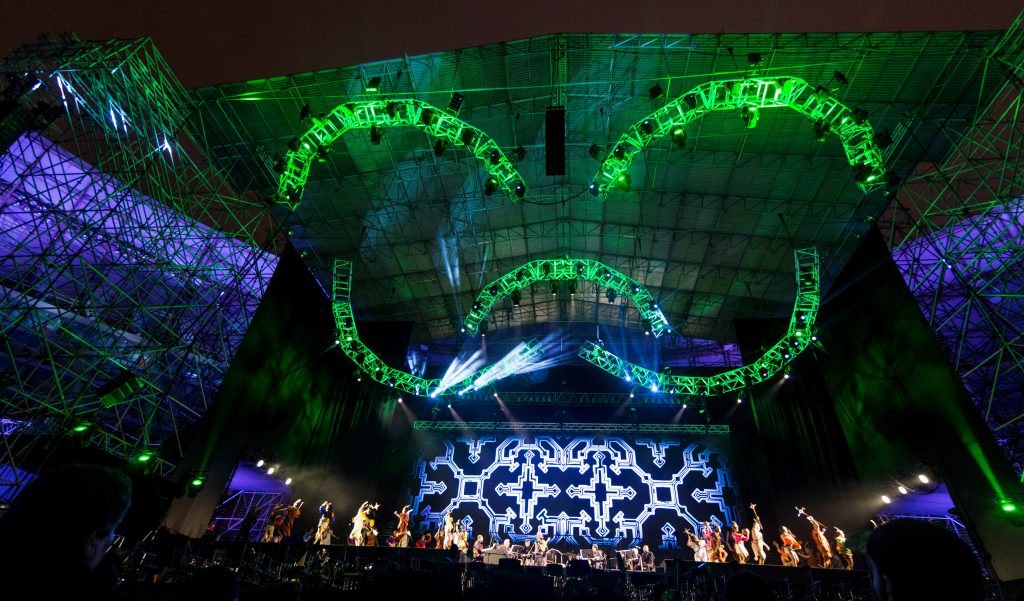 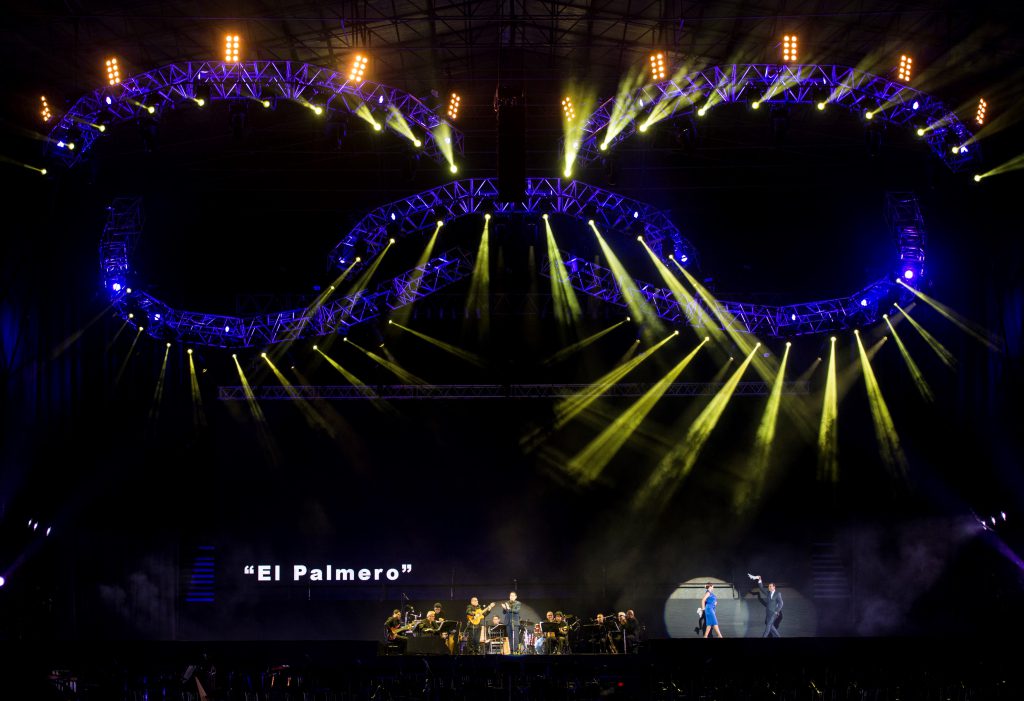 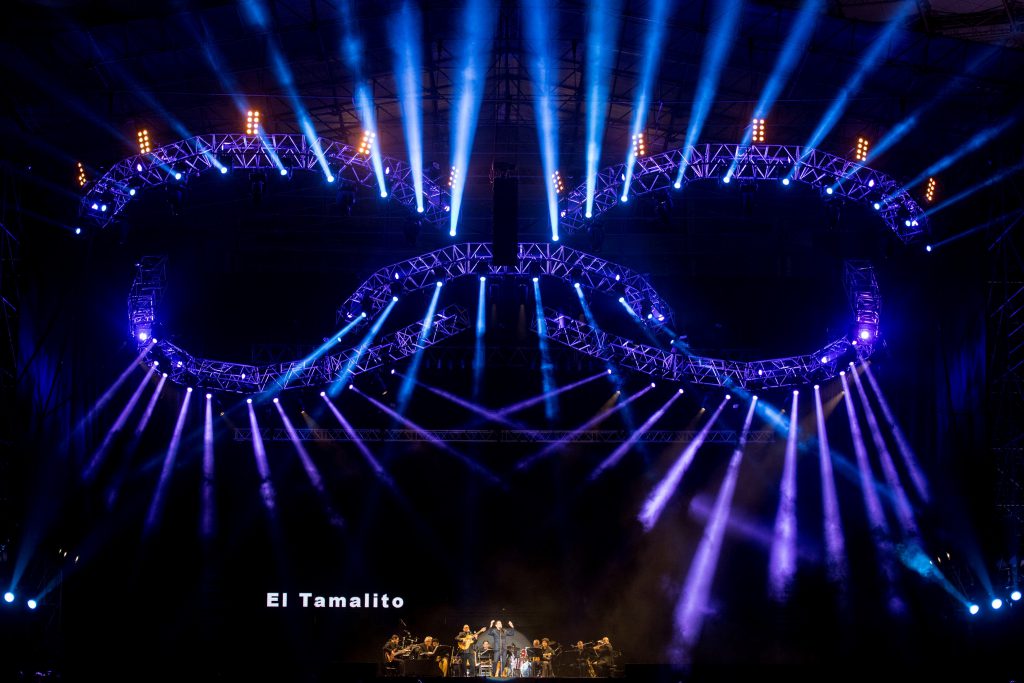