Putting A Face To The Name

Here's me a few weeks ago! 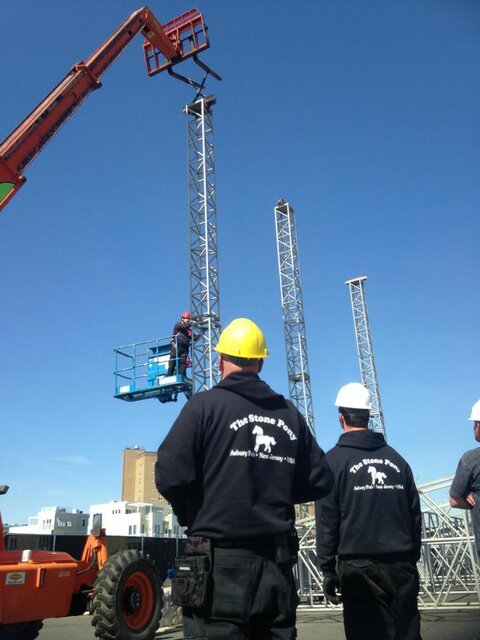 Never noticed this thread before now. Me in my preferred location - in a Canoe in Quetico Provincial Park. 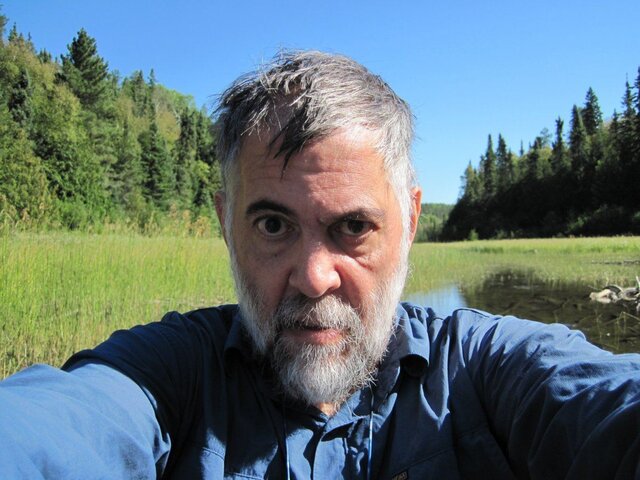 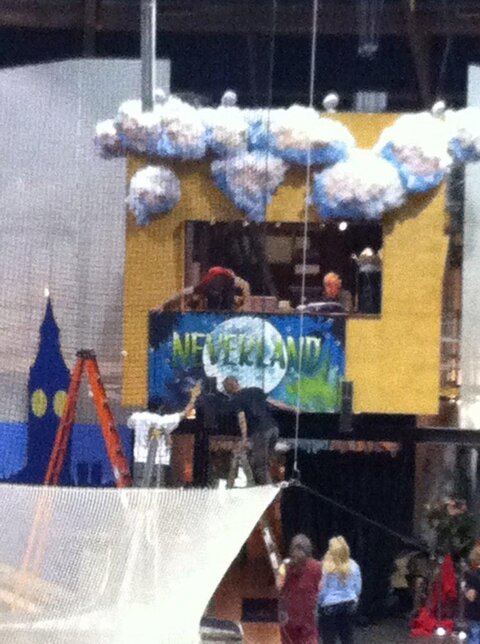 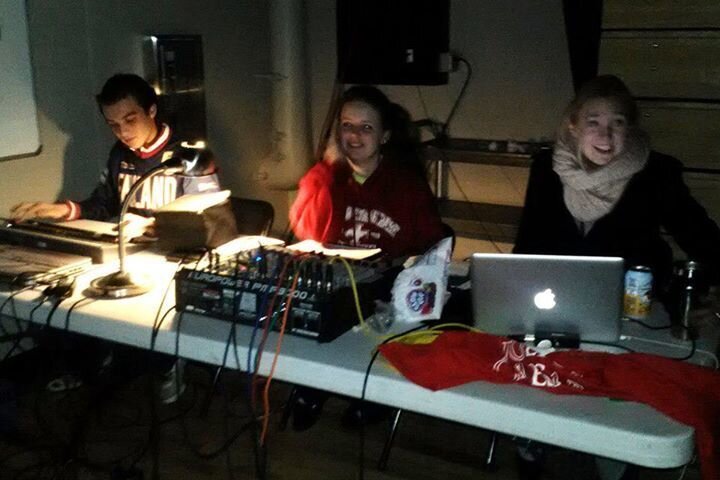 I am the one who is hanging over the edge of the booth helping get the sign in place and I am the only guy, the only show where I had 2 tasks (Co Stage manager and light op) and that was it since then I had at least 3 tasks per show. Also two different locations, the first a youth performing circus and the second a high school.

Somehow missed this thread, not quite sure how! So:

Chief cannon player for a community choirs concert (for the Te Deum from Tosca, if anyone knows it!) 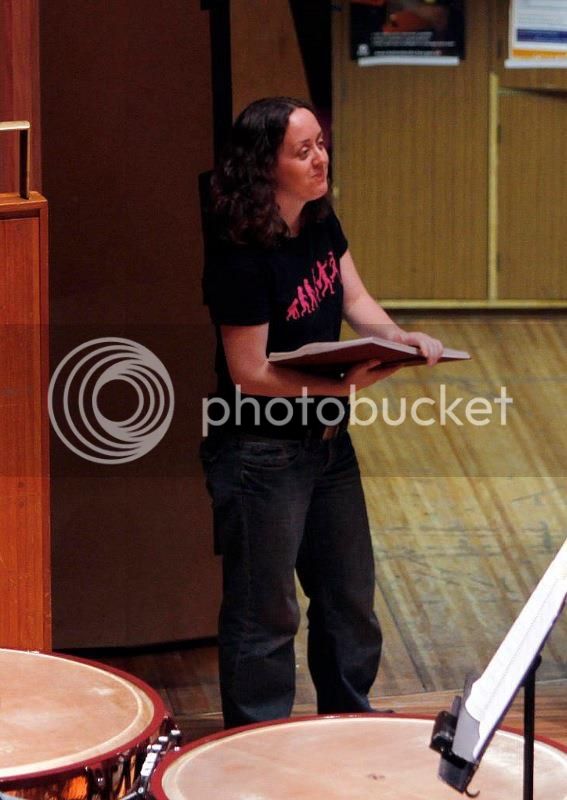 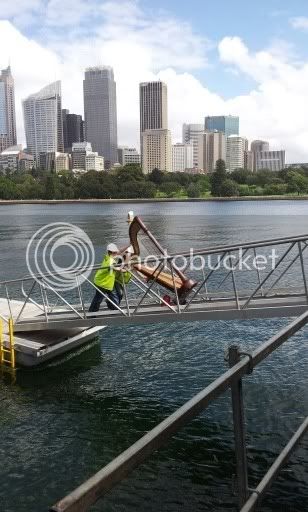 And finally, what I do in my spare time (I know I've mentioned it on here before): 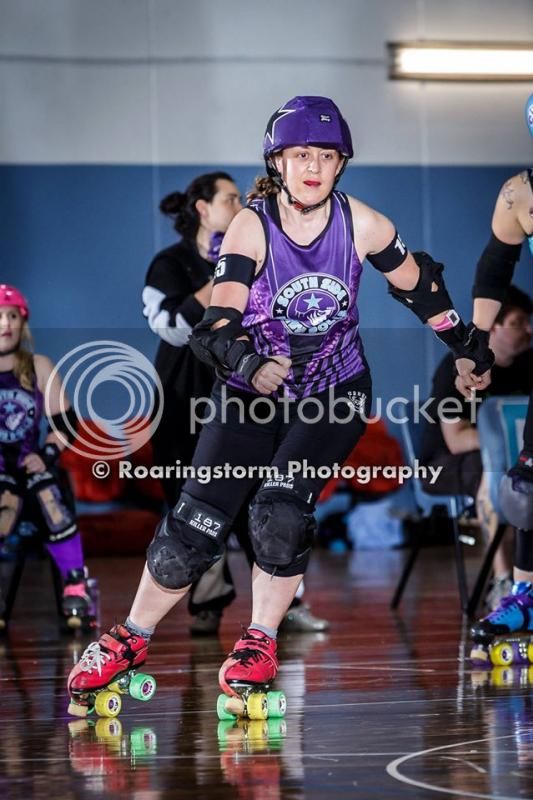 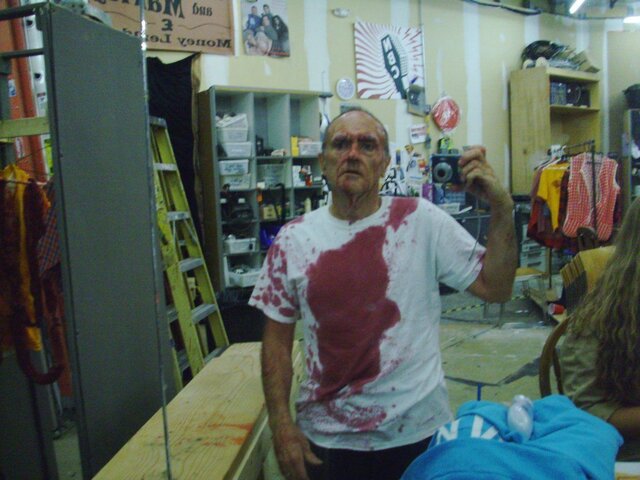 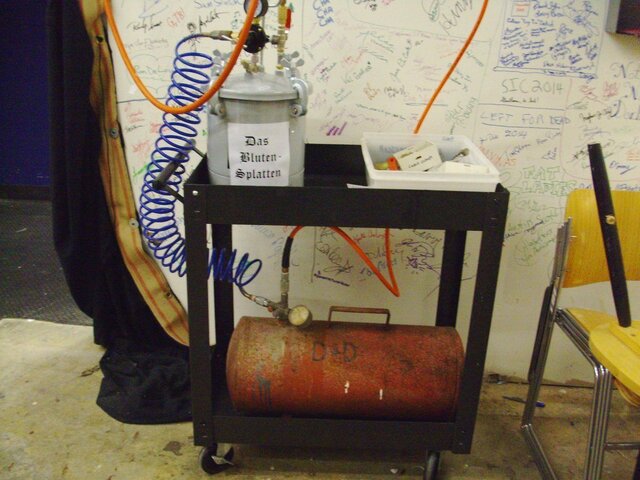 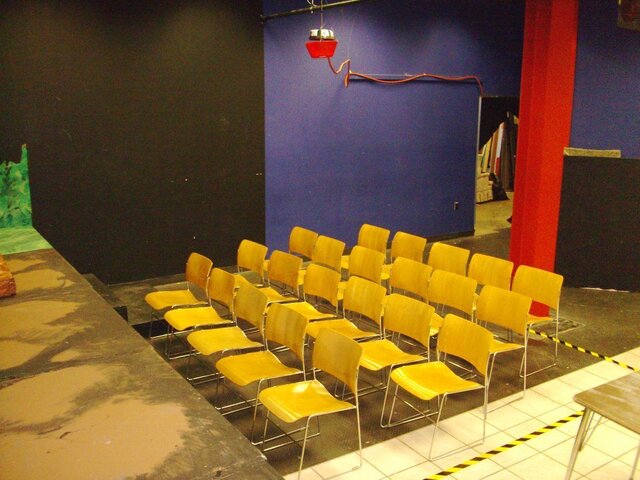 Evil Dead, the Musical. I volunteered to be the first to test my Spatternator 9000. We have already sold out the "Spatter zone" several nights. (Also my first selfie)

kiwitechgirl said:
And finally, what I do in my spare time (I know I've mentioned it on here before):

This shot is from an outdoor festival in 2009. I'm the one with the beard! lol 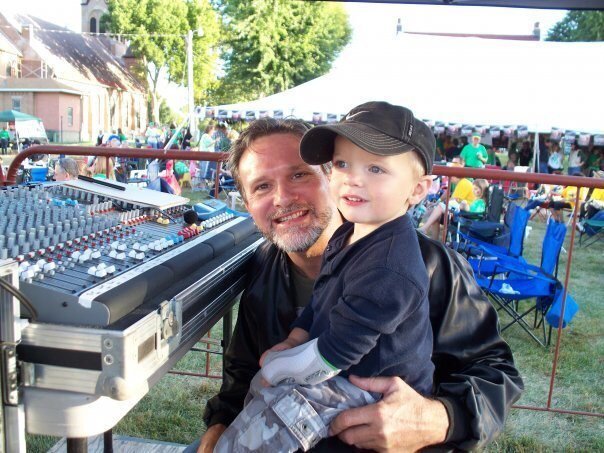 Alrighty, much like most of you, this thread has Not aged well. I was unable to view many user's pictures due to outdated (myspace? really?) links, broken links, photobucket's new settings, or just IMG would show up? So this is a call to arms to get updated links, photobucket accounts, or just new pictures of y'all. For most of you, it's been around a decade since this started, so let's start a Controlbooth through the ages tangent on this post.

I am unable to access my older pictures here at work, so I'll find some later tonight or tomorrow and update this post but what would be awesome is a picture from each decade of theater work! Additionally, I love the pet and booth buddy pictures so feel free to include some of those!!! I'm looking at you Old guys @derekleffew @RonHebbard @ship (especially ship, I'm not even certain what age range you are in, it says 49, but I'm not convinced that you haven't been around since lighting began back in Genesis) Ya'll got any Polaroids from the 70's?

Here is my most recent booth pic, I'm being lit only by light reflecting off of the choral shells during a choir concert. It was unusually bright in the booth so as a millennial (I'm still not comfortable being lumped into this category, but whatever) it was my duty to take a selfie. 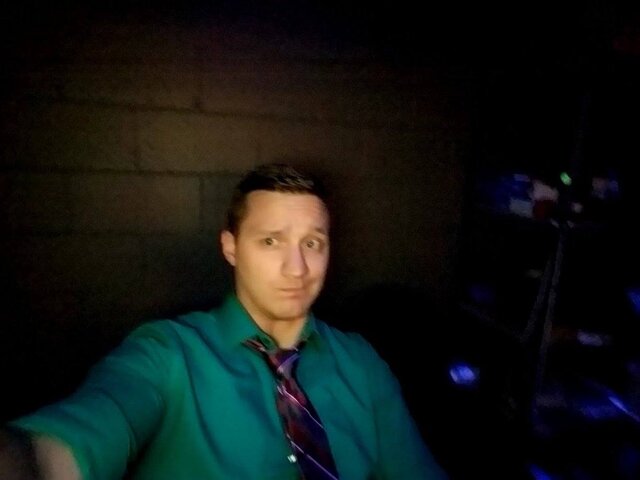 Yea' that is probably me. Where the heck did you pull that up in no idea of when/where. In age of probably the 20's or early 30's. Your date of age is correct for me.

So here in your research is something agreed upon from the website management since the website started.

On a predessor to this website - with such rules now put in place by me... There was once a lamp distributer that was helpful in defining a lamp needed for a fixture, than he constantly went on to selling his own supply of the lamp in a way very much implied that he was the only one that could sell say a HPL lamp. His use of the website was specifically for his sales and not advice or fairness to other supplier. Doesn't live up to the Bill Sapsis standard of yes' selling his product, but in respect for others, supplying advice first and saying at very least others could do so also on the Stagecraft Forum - probably now also defunct. Bill Sapsis was there to help, perhaps plug a product or service but certainly not as a primary reason to make a sale.. and set a standard I live by. My standard goes a little further in that I don't list were I work - I also don't attempt to make a sale from where I work and will in no way intend to make a profit from the on-line advice from where I work unless at some point I am the only one that has it or is a supplier of it. At which point I would recommend a different sales person from where I work. What I do on this website is not connected in any way with work in membership or I will quit. That is my standard in being "Ship" and not identified with where I work. Not a secret where I work but not mentioned.

I in a final reply to this sales person just on the website to sell his product post, I sent a link to all suppliers of lamps I knew of which could also supply the lamp, and recommended in a PC way, this was a fine vendor but shop around for price. Remember this was years and years ago at the start of the real internet, and where you couldn't just type in a lamp ANSI code and get pages and pages of suppliers to shop from - you had to phone call for a price.

As per a local distribututer of his companie's product, we didn't get many sales sent to us in our contract - a few, instead this sales person was taking all the sales he could get for himself to his own percentage of sales - especially on-line in using this website for sales.

That was a really really bad thing for me in that work has never approved of any on-line posting from me as an individual off the clock - even if salary in helping others in the industry. Were work to approve of any post I recommend... It' should probably be approved of by work.

So since say 1982, since I started drafting class and even for the military B.Ship has been my legal initials - it's different but the case. Ship is a legal format for who I am. Ship on this website is good enough. Those that know who I am know who I am or where I work. It's not a secret just not said or passed on - not important to what I post related to where I work. Derek is retired - he expresses his own thoughts... so do I.

End results of the black mail attempt in getting all my lamp sales... that sales person didn't last long with the company, and that company even since lost all of my sales immediately. They did as a company apologize later in firing the sales person and do due dilligance in attempting to retain my sales. They get some sales for my use of them for supplier but not in normalizing my purchases locally I am better off with.

I also went to a next step in management and told him that I was offering advice on-line, and all about this ... 'You offered all these companies up for suppliers of the lamp but didn't list your own company"... problem in not listing where you also work as a supplier of the lamp. I was seriously concerned about my job at that point in that detail as opposed to that my standard. This upper management person where I work sent the blackmail email back to this sales person's upper management and the problem was solved in him being fired and the company working to work with me in re-establishing a professional relationship. It's always in memory but normalized.

Well folks, @ship is shy for professional reasons, so from here on out we need to assume he looks like this 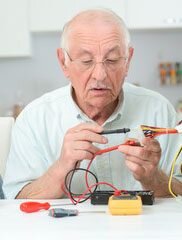 @RonHebbard asked me to assist in posting a picture for him, so I am posting this on his behalf. So, after years of waiting, without further ado I present a picture of Ron (Toodles) Hebbard! 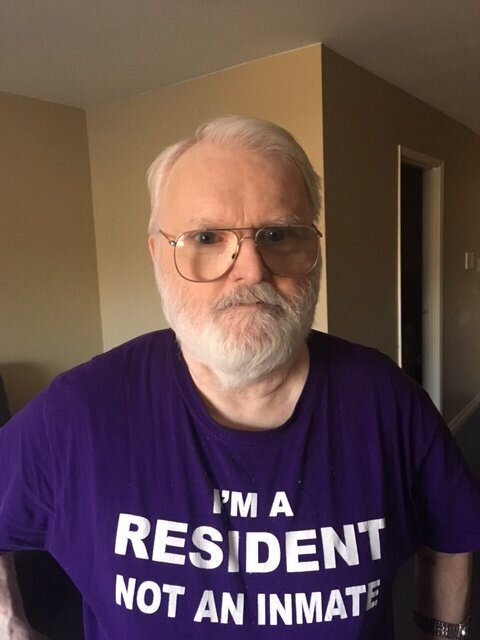 (If you want to see a fairly recent picture of me, you'll find it on Apollo's website. That's all I'm giving ya.) 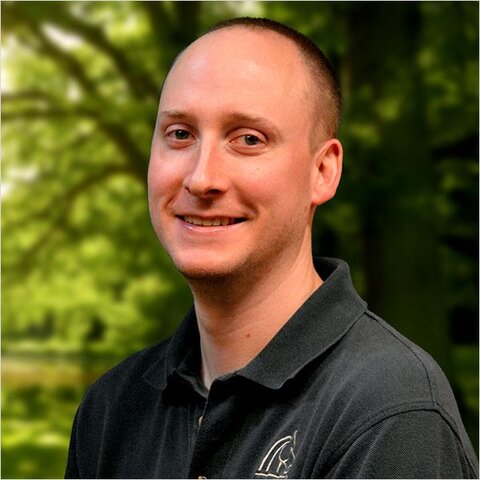 Long time lurker, finally getting around. I promise, im not 15.
"Professional Picture"

I don't remember if I posted to this thread in the past and of course my mug is to the left when I post. My third grandchild.