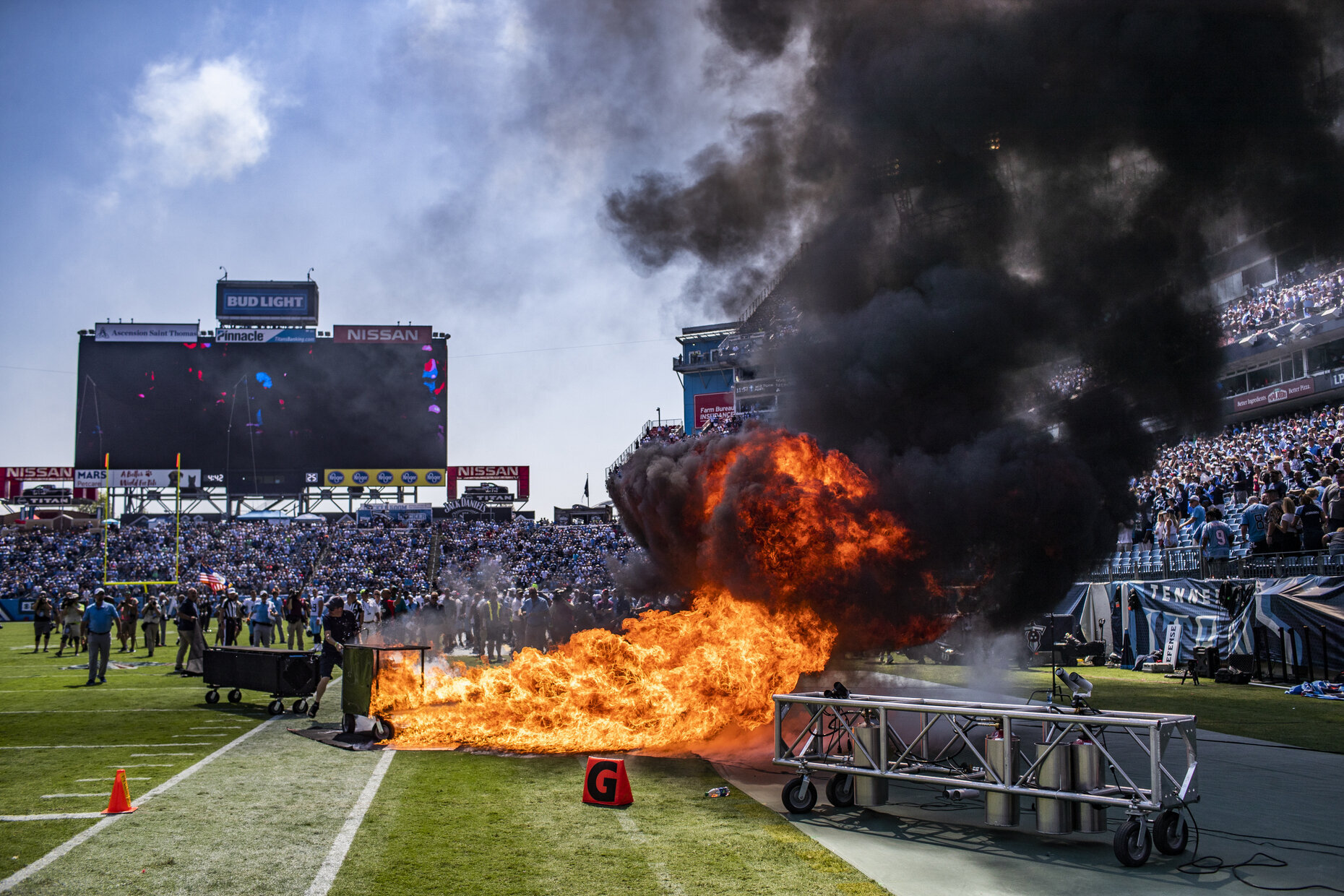 "Aim at Base of fire and sweep back and forth."

Guy in the video was about 5 feet too far away with a co2 extinguisher. Doesn't really do anything in that wind.
Should've been dry chemical...

macsound said:
Guy in the video was about 5 feet too far away with a co2 extinguisher. Doesn't really do anything in that wind.
Should've been dry chemical...
Click to expand...

Yeah, I don't think ANY extinguisher, outside of maybe Red Adaire, could have put out a pressurized gas fire...

Ah, didn't read down to the part that said it was a "flame throwing device". Only that the pyro thing malfunctioned and caught the "grass" on fire which I assumed was plastic fake grass and probably burns like a grease fire.

There was an AP story that the NFL has banned flames on the field while this event is being investigated. This may result in a permanent ban. No word if this would apply to the Superbowl halftime show. One possible issue with the Titan's investigation is that it is being investigated by the local fire department with no word if they will seek input from entertainment pyro experts.

Was in marching band at FSU and one of our things was to have baton twirlers that used flaming batons. They had a good system, using a metal box that contained the batons and could be closed to extinguish them. Works fine until someone kicks over the box and the kerosene spills out all over the place and ignites. This was just after 2001 and so a black cloud of smoke and fire coming out of one endzone of a crowded stadium elicited a bit of unease and almost caused a panic. Fortunately there was a good plan in place and it was quickly extinguished.

That doesn't look like artificial turf to me, could be wrong though. The "dirt" in that stuff is made from recycled tires so I can imagine it would burn forever if it caught. Another thing to consider when doing pyro at a venue like that.
You must log in or register to reply here.
Share:
Facebook Twitter Reddit Email Link