I just got word from Chris's sister, Kate, that @Chris15 passed away last night at his home near Sydney, Australia.

Chris quietly let some of us know on ControlBooth at the beginning of the year that he was diagnosed with cancer and that it was spreading. He asked us to keep it quiet and we did. He was fighting it and was optimistic. Apparently he took a turn for the worse a couple of weeks ago. Luckily he was able to come home to be cared for.
His sister Kate said he passed peacefully and pain-free last night.

We will have more details in the next couple of days, but we just wanted to post here to let the community grieve and mourn the loss of our brother.

Chris15 has been with ControlBooth for 14 years and a CBMod for over a decade and I had the great privilege to get to meet him in person twice when he came to DC for advanced Dante / Audinate training.

Chris spent a LOT of time on CB when most of us were asleep, and there were many a late night or early morning when we would chat and he would catch me up on any goings-on that happened on CB during the night. He had a big heart and would often reach out to people over private message and offer advice and help.

His sister Kate told us that ControlBooth has been a constant in his life for many years.

So, ControlBooth, I would ask you to collectively raise a glass to our fallen brother.

Rest In Peace, Chris, and we will do our best to live up to your example. 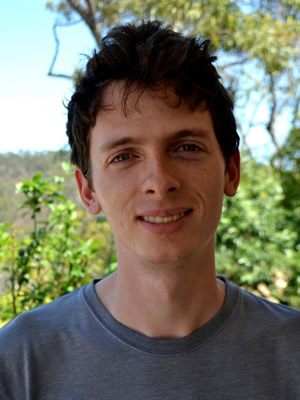 I was just thinking about this the other day because I saw an old post Brad Weber made. Cancer sucks.

Chris was a staple of CB for about as long as I can remember. In all these years, I don't think I ever had a one-on-one interaction with him, but I saw his posts everywhere. Any time he had something to say, people would sit up and listen because there was no question that the man knew what he was talking about. Rest in peace, @Chris15 . Your wisdom and generosity helped make this site what it is today, and will undoubtedly guide others for years to come.
Last edited: Aug 31, 2019
S

Very sorry to here this. Sad to say you assume everybody’s going to be here on CB forever and it’s not often we lose one of our own.

Condolences to his family.

This is really sad news for our community. I am thankful that we had him as a resource for as long as we did. He was a check for me as I can often slip into an American-centric rambling. I appreciated his wisdom.

Chris and I enjoyed a lot of side banter over the years about how (due to the international date line) he lived in the future while here in the US we we're living in the past. I could never get him to send me today's winning Lottery numbers!

He spent years acting as our overnight spam guardian deleting all kinds of garbage that came in from Asia before any of us ever saw it.

He had a lot of great knowledge to share and as @ruinexplorer just mentioned, he helped remind us there's a bigger world out there. He was also a great guy to chat with.

He will be missed.

I have a widget on my dashboard showing what time it is in Australia, from when I used to chat with Chris. Was going to delete it, but I'm thinking I'll keep it--it's been there ten or more years.

Chris' family has posted an obituary and has asked in lieu of flowers, a donation be made to Crown Princess Mary Cancer Care Centre at Westmead Hospital, where Chris spent a lot of time over the past 9 months. Chris told us they took great care of him.

I will be arranging a group donation. If you would like to contribute, you can do so here: https://www.controlbooth.com/pages/inmemoryofChris15/

In a week or so, I'll gather up all the donations and do a SWIFT transfer to the hospital in memory of Chris.

The fact that the loss of someone you have never met can affect one so much is a phenomena that never ceases to confound me. When Chris first came on and when I was really active here he and I 'bantered' quite a lot. We had many lot of off board conversations as well. When I went away for a few years we really lost touch and we never reacquainted ourselves.
I'm tired of losing people to cancer.
You will be missed sir.

Van said:
The fact that the loss of someone you have never met can affect one so much is a phenomena that never ceases to confound me. When Chris first came on and when I was really active here he and I 'bantered' quite a lot. We had many lot of off board conversations as well. When I went away for a few years we really lost touch and we never reacquainted ourselves.
I'm tired of losing people to cancer.
You will be missed sir.
Click to expand...

It's truly amazing how much of an impact someone 8,000 miles away can make on your life without ever seeing their face or hearing their voice. I'm just so sad this week about this.

May the young man Rest In Peace. Such a loss. Let God watch over his family.

Yeah when I opened the donation page and saw that it was kind of a hard hit knowing I'm the same age.

Thank you all for your donations. $250 (after fees) has been wired to the Crown Princess Mary Cancer Centre in Westmead, AU in memory of Chris. We hope they can use our gift to help offer the kind of incredible care that Chris received from them to others in need.
You must log in or register to reply here.
Share:
Facebook Twitter Reddit Email Link