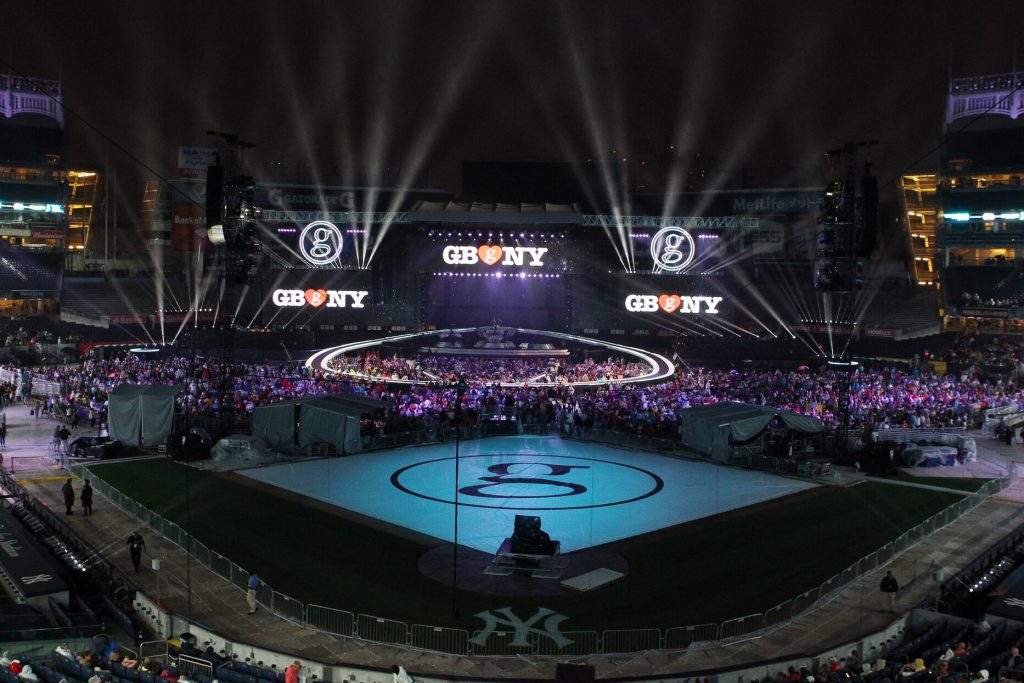 Look through the vast and impressive portfolio of this Chicago-based designer and it isn’t long before you realize that although his work is unfailingly powerful, there is no single “Bob Peterson look.” With each project, his lighting assumes a different personality, one that weaves it so tightly into its particular place and time that it seems to have grown organically out of its surroundings. What matters most with every effect in a Peterson rig is that it fits into the overall context of the design.

During the course of his career, Peterson has molded his designs to fit venues ranging from the White House, to Wrigley Field, to Ryman Auditorium. Regardless of the setting, his goal remains the same: to immerse the audience without distracting. It’s a formula that has taken his career to great heights touring with the likes of Bob Seger and The Police, lighting Barack Obama’s 2008 and 2012 Election Night Rallies and Garth Brooks’ 2016 Yankee Stadium concert, as well as broadcast specials for Chris Rock, Chelsea Handler, Gabriel Iglesias, and Bon Jovi.

The owner of Real World Lighting in his native Chicago, Peterson talked to us about the art and science of creating lighting designs that harmonize with their surroundings, while transforming them into something more beautiful at the same time. 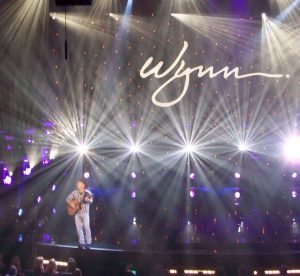 You’ve done some very large projects like last year’s Garth Brooks at Yankee Stadium and the Grant Park Election Night Rally, among many. Yet, you always manage to foster a personal connection between the artist and your audience. What is the key to achieving this balance?
I try to find all the energy in the room; from the artist, the audience, the space, the history and make it all a unified experience.

When these events are televised, you do a good deal of audience lighting to give viewers a sense of being there. What advice do you have on lighting the audience without making them feel distracted?
“I believe that side and raking rear angles are always better for the people in the audience. It’s not an accident that those beam angles then are a lighting display of their own for reverse camera angles. This makes the audience feel the light, so they feel like they are a part of the event, but are not assaulted by it.”

Along similar lines, has the growth of video coverage changed the way you light? How do you balance lighting for the camera and lighting for the crowd?
“Admittedly this was more challenging early in digital when contrast ratios were tight and we’d have to massage, argue and conspire to get it all into a working range. This proved to be more about turning things down than the other way around. Meeting this challenge reinforced my prioritization of fundamentals, something that I believe has improved my live work as opposed to compromising it.” 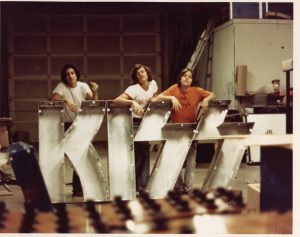 Aside from your impressive concert work, you’ve also lit some of the biggest names in comedy? How does lighting comedy differ from concert lighting? Is it different designing for live comedy tours than it is for comedy TV specials, such as those you did for HBO?
“Lighting comedy tends to be more personal. There is much more interaction with the artist, as the images presented are a direct reflection of their personality. When lighting comedy, I look for ways to involve the theater, or venue architecture. Again, I’ll try to light the audience in ways that are not imposing. The game that keeps you busiest at a televised comedy show is the dance in the theatre between light, camera, and audience; as people are shot intimately and that has a Heisenberg Effect on their reactions.”

For our readers who are not familiar with physics, the Heisenberg Effect describes how the act of measuring a particle affects its position, which really makes it impossible to measure or predict the behavior of a particle with complete accuracy. So now that you’ve brought up physics, do you think Einstein or any other famous scientist from the past would have made a good lighting designer if they were around today?
“Geez, most all of them, can you imagine what Nikoli Tesla woulda done with lasers? Einstein at a programming session with a pile of automated lights? Curie on a UV stage? (Not funny, my apologies). Wish they were around, they could help with my projection bending light problem.”

Is there a type of effect that is most essential to your designs — the effect that you would never want to be without?
“Beams, beams, beams, and if I had to choose, it would be using them from the floor to the heavens — uplifting.”

Although your designs are intense and bold, you always manage to avoid so-called flash and trash. How do you dial up your designs without going overboard?
“For me, the fundamental driving force has always been, ‘when it looks bad, turn something off.’ This correlates back to when you turn them all on – it really means something. This has resulted in an ethic that does not call for piles and piles and piles of lights, even though I sometimes yearn for same. I’d love to be able to occasionally hit some buttons that cause Staten Island to dim.” 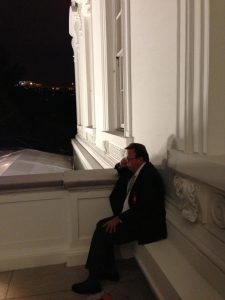 On a related topic, you aren’t afraid to have dark space in your designs. Can you elaborate on how you use darkness to further your design vision?
“Negative space is critical to making drama. In my perfect world, most every frame or vista would have talent, light beam or scenic, and negative space in it.” This doesn’t begin to address the use of shadow on closeup.”

You’ve worked at a lot of famous venues from the Grand Ole Opry to Carnegie Hall, not to mention the White House. Does any site stand out as the favorite place you ever worked?
“The Ryman always calls to me, the Chicago Theatre (my home jewel, I got married in the lobby), the Royal Albert Hall come to mind. The White House remains the pinnacle though.”

How did you become a lighting designer?
“It started by playing hockey in high school. My teammate was Donny Carone, whose brother Robert was just getting Upstaging off the ground. In high school, we did shows whenever possible — sometimes while supposedly playing hockey. This led to being tapped on the shoulder by Bob Seger when he was the opening act for Kiss, my first real tour. That relationship is where most of my early design opportunities came from.”

Who were the big influencers in your career?
“Rick Munroe of Kiss and Allen Branton were direct mentors. Red McKinnon shared a wonderful amount of time with me. I spent a lot of time as a lighting vendor at both Upstaging and Pete’s Lights, so I got to be hands on with all sorts of designers and styles. Acts like Queen, Pink Floyd, Rush set bars to hit, Roy Bennett blew us all away. My time as the Head Electric for Local 2 at the Chicago Theatre embellished my understanding of theater craft and legit approaches.”

What would you have done if you didn’t become a lighting designer?
“I probably would have been an electrical engineer, I’ve always regretted not being able to fully understand the little men inside the black boxes that make this all work.”

Looking at all the projects you’ve done, is there one that stands out as the most challenging? Is there one from the distant past that you wish you could do over, given the technology available today that wasn’t available then?
“I don’t think this is a fair question, as I believe in my core that if Mozart had moving lights, he would have used them. I’ve had some real rough shows in a festival environment; I have yet to find a healthy way to take full advantage of the major compromises involved. I hope to do better. Having said all that, I am really excited about (and embracing) the remote operation of followspots now available. As my primary tool, to be able to place ‘followspots’ in places never before possible safely is a massive windfall.”

How do you get inspired to come up with new ideas for your designs?
“I try to find inspiration in the project itself — the artist’s new music, the special event, the site, the architecture, the history. I find this more honest than trying to jam in the newest widget into places it might not otherwise fit.”

What is the most important thing to remember when you create a lighting design?
“Fundamentals, followed in order. Prioritize and solve those problems first. Don’t ever compromise on lighting the talent. And an old adage that Allen Branton taught me, ‘an idea that’s not ready for show time is not a very good idea, now is it?’ This then is lighting for the real world, not the one you hope to find.”

What are your thoughts about projection video vs. LED video walls? Are there times you’d rather use one over the other?
“Projection is an outstanding tool that can feel absolutely real. Were it not for physics, I’d call for it first every time. We continue to work on a lightweight portable black hole system, to solve some of these challenges, but even the smallest holes are really hard to travel. If only Tesla or Einstein were around…”

The name of your company is Real World Lighting. Can you tell us how and why you selected that name?
“Early on as a technical person, I saw that there was an ever-growing gap between what was possible and what was being requested by, or sold to clients. It had been my job as a tech, vendor or gaffer to turn possibility into reality, and I wanted that to be part and parcel of my reputation. I wanted to always exceed expectation, not disappoint.”

On the subject of reputation, how would you like to be remembered as a lighting designer?
“My go to phrase is ‘I’m not scared’ (usually when I’m a little puckered), so ‘He wasn’t scared, he always made sure the talent came first.’ And Grant Park, always Grant Park.” 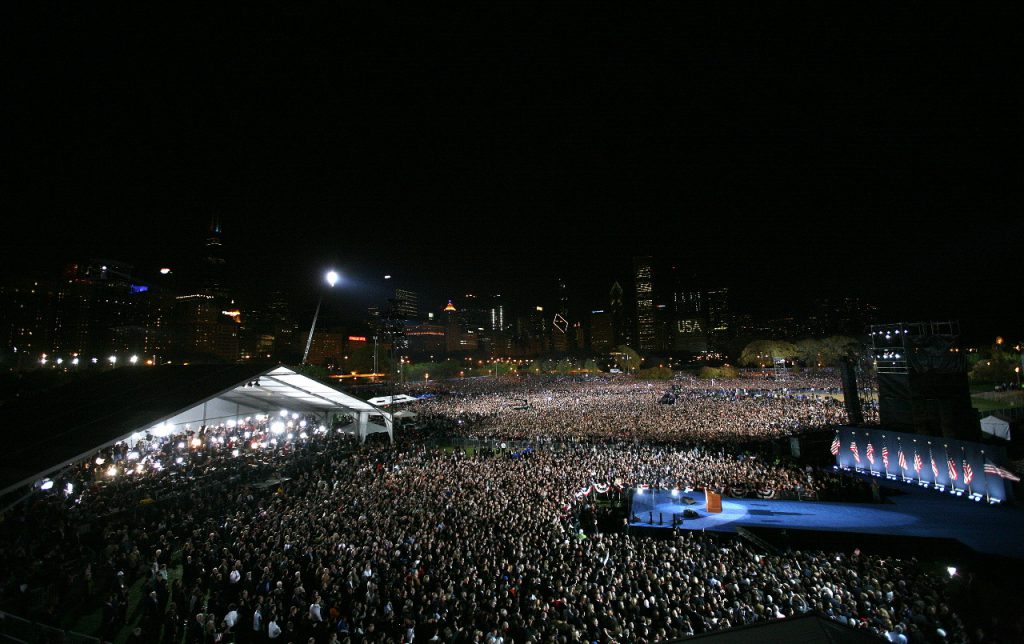