Anyone have experience or resources for building a multitiered singing Christmas tree for a choir?
R

kjones9999 said:
Anyone have experience or resources for building a multitiered singing Christmas tree for a choir?
Click to expand...

@kjones9999 Think back to when disco was king. Remember some of the bizarre controllers with dual SCR's or TRIAC's in both the hot and neutral load wires?
One common trick was to have six or eight circular conductors encircling the tree (or tree shaped supporting structure)
and another six or eight vertical conductors running up from the lower, larger diameter, end of the tree to the point at the top of the tree.
Incandescent lamps of several colors were placed at, and connected across, where each circular conductor met each of the vertical conductors.
The barely legal magic in the controller gated all of the circular conductors full on (100%) then flashed and chased the vertical conductors in a variety of patterns. This created vertical stripes performing tricks around the tree.
Next, the controller gated all of the vertical conductors full on (100%) then flashed and chased the circular conductors resulting in the vertical stripes remaining on while the rings encircling the tree flashed and chased.
At the time, the concept of having essentially electronic switches in both the hot and neutral conductors was a barely legal concept sneered at by many; but oh how phenomenal some of those tricks appeared in the era; even more so when performed rhythmically in time with the disco hits of the era. 'Love To Love You Baby' and 'Ring My Bell' were never the same. @Derek may remember the era, along with @BillConnerFASTC , although Mr. Bill was just a young 'un back in the day.
@kjones9999 Googling "disco lighting controllers" MAY dredge up something for you.
EDIT: @kjones9999 Here's a link for you: Toodleoo!
Ron Hebbard
Last edited: Jun 12, 2019
K

Ron- Thanks for the reply.

I should have clarified-- I am looking to build the platforms/support for people to sit on in a "tiered" manner.
R

I should have clarified-- I am looking to build the platforms/support for people to sit on in a "tiered" manner.
Click to expand...

". . . multitiered singing Christmas tree for a choir" Glad you clarified. Sounds like you wanted a singing tree to entertain a choir. On their night off, maybe?
R

I should have clarified-- I am looking to build the platforms/support for people to sit on in a "tiered" manner.
Click to expand...

I consulted on a church where the Living Christmas Tree was a tradition. It was home built, and fairly "flat" rather than round in plan. Tiers were 30 or 36 inches apart - height - and maybe 5 or 6 levels above the floor. They hung or lashed real pine branches to railings. Gave me some more code thoughts....

I interestingly, I don't believe they ever did it in their new building.
K

RonHebbard said:
@kjones9999 Now that your vision is coming into view, I've a few more queries for you:
a; How many in the choir?

Or America's largest - 240 singers. (Seems to me I heard of one of these that caught fire and I can't recall if people died or not. In Texas of course - where theyhave those great ceremonial fires.) This is the Mona Shores Choir Association. 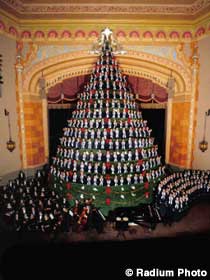 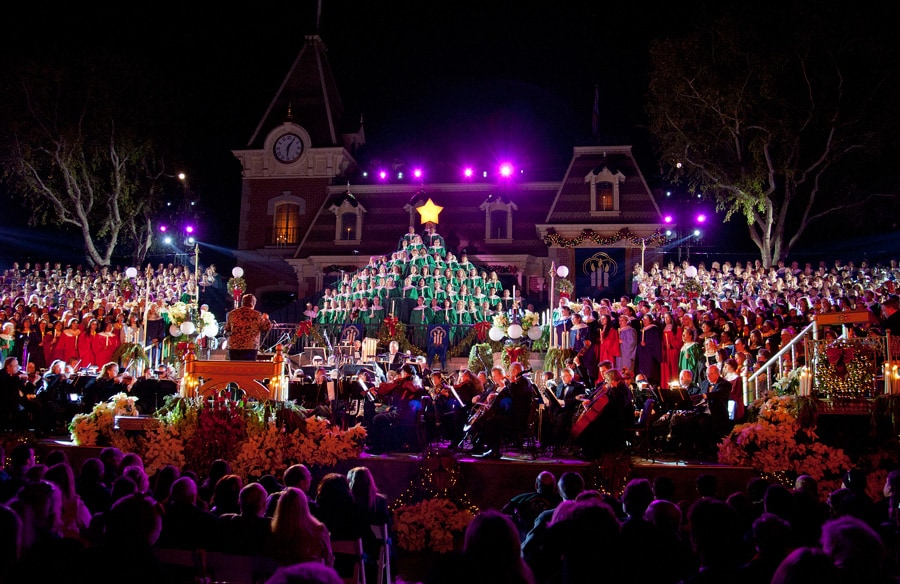 You need to consult building code and your insurer. If this fails there will be significant injuries and possible loss of life. There was a "living tree" that collapsed a couple years ago that killed 2 choir members, IIRC. Not sure what came of it as it was settled privately and NDAs were required.
You must log in or register to reply here.
Share:
Facebook Twitter Reddit Email Link