For theater running crew, A2s, properties, wardrobe & related crafts will be the most impacted. I'm almost certain I got this Covid thing from a touring musical where one of the cast members had been hospitalized in the previous city (in another post I said 1/3 of the cast & crew were sick, 1/3 had been sick and the remaining 1/3 were left wondering when they'd get sick). I was the backstage A2 and I handled every transmitter and mic, practical prop stand mics and related ephemera. Lots of hand sanitizer back stage (which I used, possibly too little). Two weeks later I'm sicker than I've ever been... if it was 'just the flu' the Covid 19 is a serious ass-kicker.

I can foresee that every person entering the stage door to be temp scanned (too little, too late, IMHO but used to catch liars), that a face mask and disposable gloves will be required for all workers and actors when not on stage, that local crews will be sequestered away from talent until their cues are called. There will be more.

Distancing is a 'temporary' tool that's used because there aren't many alternatives. How long? Until the vulnerable people die ( https://time.com/5831424/california-official-ousted-covid-19-fix-society-antioch/ ) and/or a vaccine AND effective antiviral treatments are available. Realistically, we're talking a minimum of 1 year and it could be 3 years or so, perhaps more. Particularly troublesome is the prospect of little acquired immunity - just because one has recovered in not a indication that one acquired significant immunity to reinfection. We're waiting on studies of current and recently recovered patients to find out more.

Before anything happens, though, promoters, artist management & unions, venues, *insurers*, labor, producers, etc will all need to be on the same page. Right now that's a work in progress.

My shop still has 2 systems out, one is fully set up and almost "walk in" ready. That venue has shows still on the books for the end of June, days after our state orders limiting gathering attendance *might* be lifted if new infection rates do not increase and hospitalizations decrease. How will the venue enforce distancing without creating ill will? What happens when security enforces those requirements, or, if they don't, the county or state health dept orders a venue closed? Returning to work in our industry requires more compliance from the public, which, if you've been paying attention, is IMHO unlikely to happen in the manner needed to open theaters, night clubs, and live music venues and for them to remain open.

Ultimately the potential patrons/audience needs to feel safe, too. Some probably felt safe 2 weeks ago but my observation is that many of the more vulnerable folks are waiting to see what happens before committing to tickets for a show, booking travel, etc. Remember that if the 2nd wave of Covid infections (coming to a calendar near you) overwhelms the health care system, our industry will be right back where we are now.

Ticket prices can't go up substantially, either. Theatre is already expensive entertainment, as are too many music concerts. One of the things being kicked around in the concert biz is downsizing production (finally, video gets told "no"!) to minimize both expenses and the number of humans that must come together to build, operate, and take down a concert. Example: LED video walls being replaced with rear projection; on the last Blake Shelton show the VDO dept had 24 local hands, all but 4 of whom were building LED wall. Those other 4 set projectors and built 2 screens. If the upstage LED wall became projection instead, 20 hands could be cut from the call. Some performers/artistes will not want to scale down (Metallica's manager flatly said "My artists don't scale down"). Acts that are not committed to such scale, who can be nimble in production and routing, will likely have earlier resumption of performing.

So who has a job? Anyone NOT doing shows, concerts, plays, most corporate stuff. I could be off work for another 50 days, or past when my UI benefits run out in Sept.

On a lighter note - went into the theater today just to check on things - and discovered that the mice had decided the concession stand goodies were THE source for meals. Just something you might want to check too.

And the Grim Reaper appears on the West End: 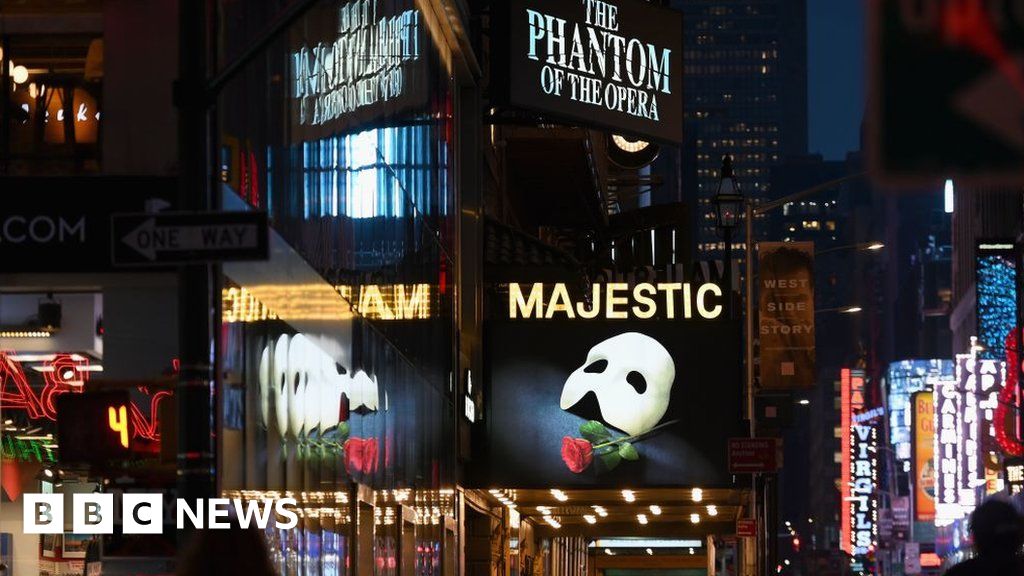 Sir Cameron Mackintosh: 'Theatres could be closed until next year'

I'm a professor, so yes, but we can't produce

Carriageworks, Sydney’s major arts centre (outside of the opera house), has gone into voluntary administration, as of yesterday. It’s an old railway workshop which has been revamped into a multi-venue space which hosts all sorts of events. We use it for rehearsals from time to time; a lot of jobs will have gone with that. I think and hope it’ll pull through, one way or the other - there’s talk of the Opera House stepping in to run it, which sort of makes sense but also sort of doesn’t - the Carriageworks programming is very different to SOH programming. It’s heritage listed and state government owned, whether that makes any difference I don’t know.

I have been out of work since 3/15. Just got the WARN letter that it probably won't be before September 1st, if ever. I knew that it was too good to be true that we got new consoles after 15 years.

ruinexplorer said:
I have been out of work since 3/15. Just got the WARN letter that it probably won't be before September 1st, if ever. I knew that it was too good to be true that we got new consoles after 15 years.
Click to expand...

We could go back to the shack