Trying to find side bars with supporting arms

I have a decent personal setup (pic 1.), and I don't feel like it's necessary to add on my second 5' length of trussing yet (nor do I have the space in my room), so I'm trying to decide between two options.
My main preference is to find a side arm like on many intro lighting trees (pic. 2), but I'm having a lot of trouble finding them by themselves. Most of what I've found are the single clamp Global Truss side bars but I'm uneasy about them not having a reinforcing arm.

My fallback option is to get a pair of bars that screw into the fly mounts for my speakers and start using those (Pic. 3), but those aren't nearly as usable for gigging since I'll probably be leaving my speakers behind 75% of the time. It just seems messier in regards to cables and like it wouldn't use space efficiently.

The next few lights I'm going to be purchasing will be two 230w 7r's or similar, and a second Mac 101 Zoom. I don't want to get trussing that I'm just going to have to replace later, but I want to be budget-minded, and I will probably put the smaller lights on the side arms if they can't support the bigger lights. So would it be fine to get a starter bar with a support arm or would a Global Truss single clamp be fine? Or do lights of that weight class need to strictly be on welded trussing? And why are the dual clamp side arms (that aren't Global trussing) so hard to find anyway? 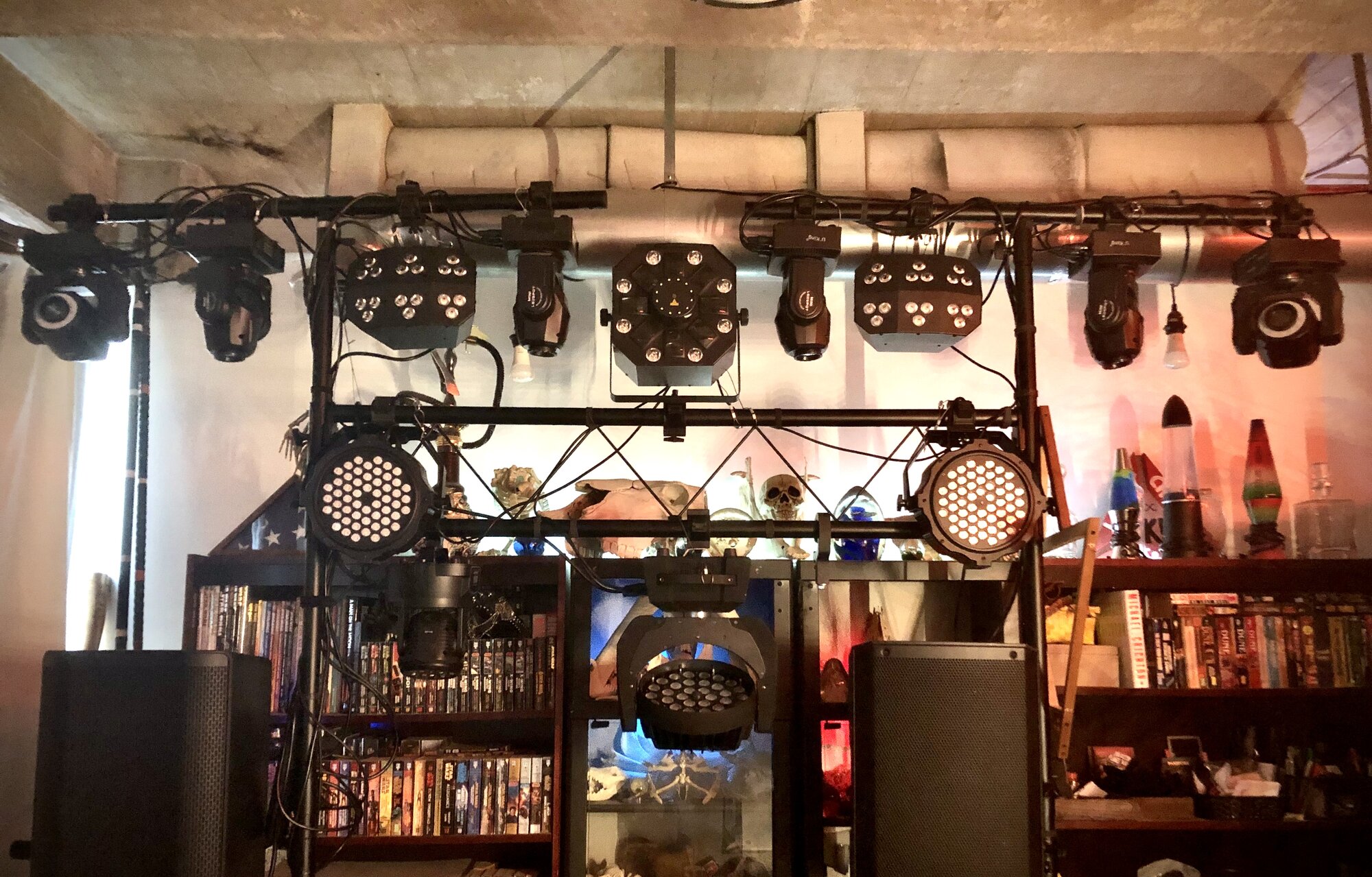 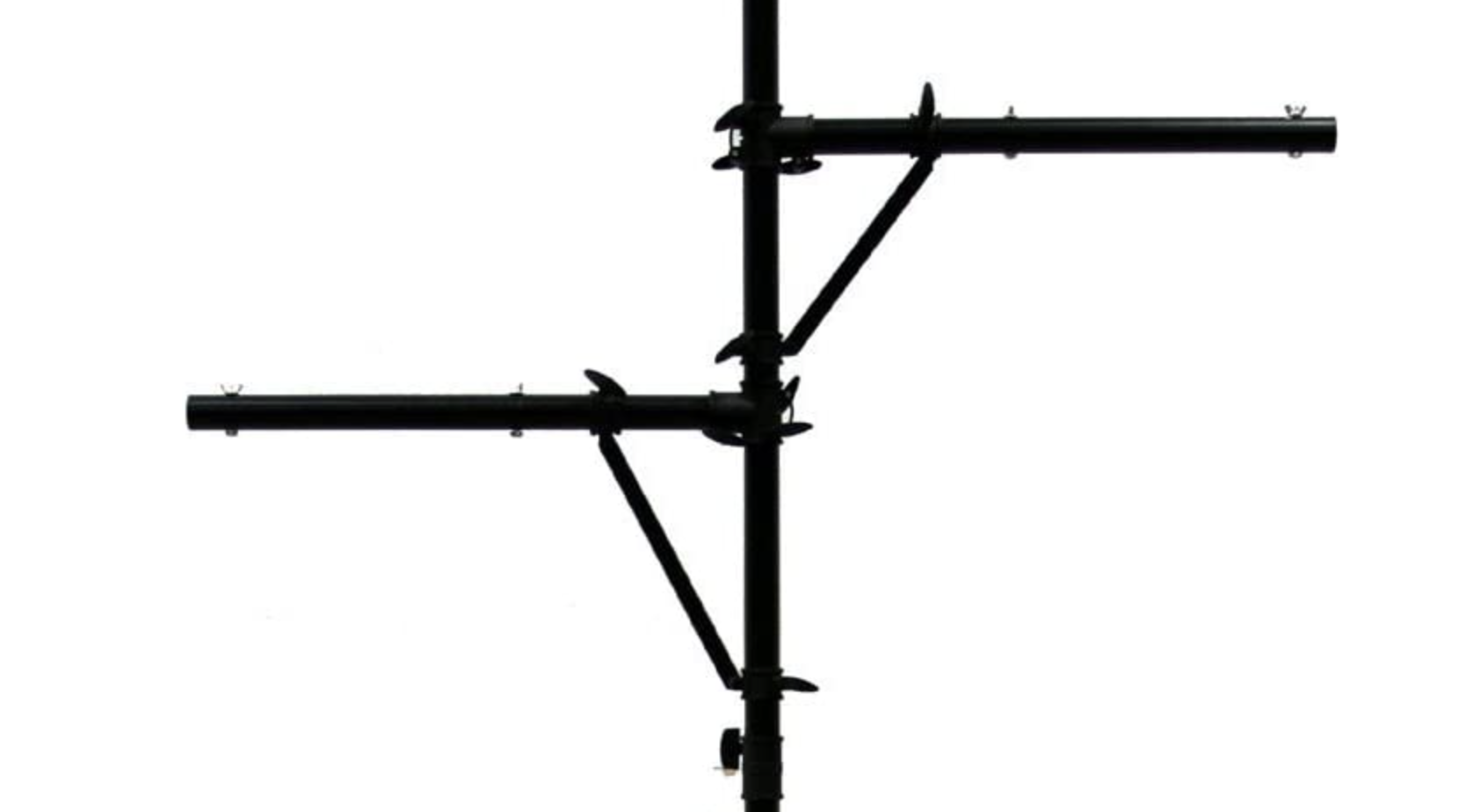 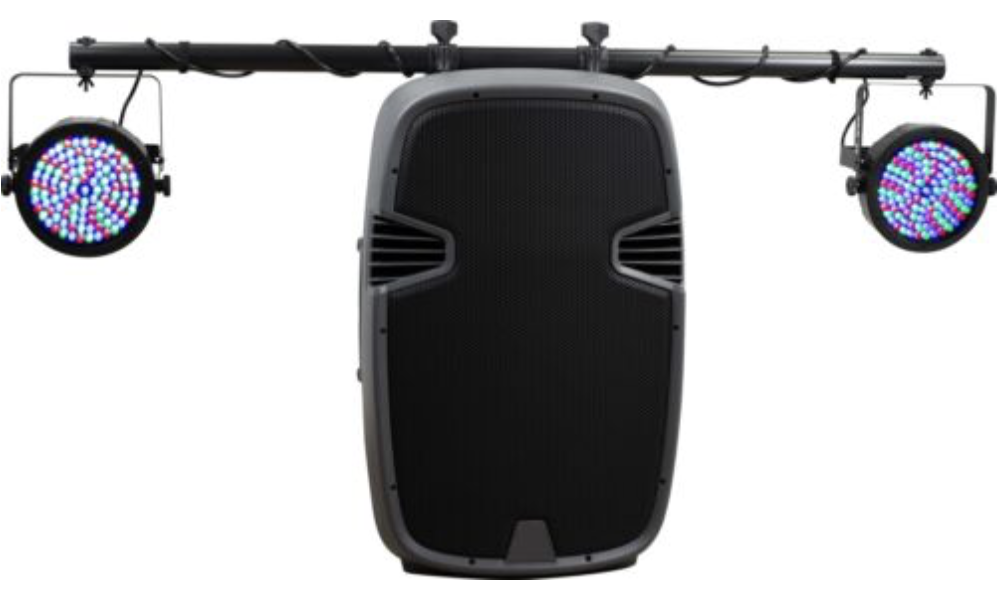 Look at the SuperMegaSidearm from The Light Source or the Safer Sidearm from City Theatrical: 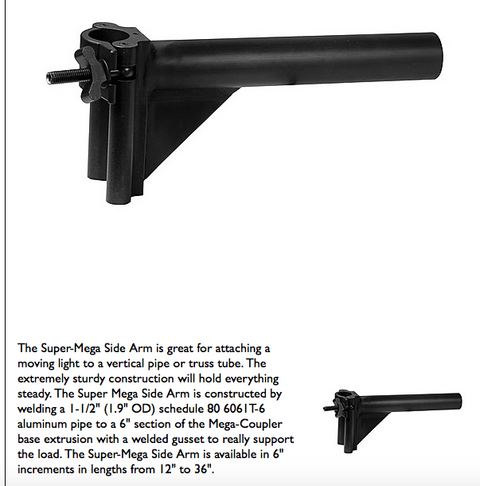 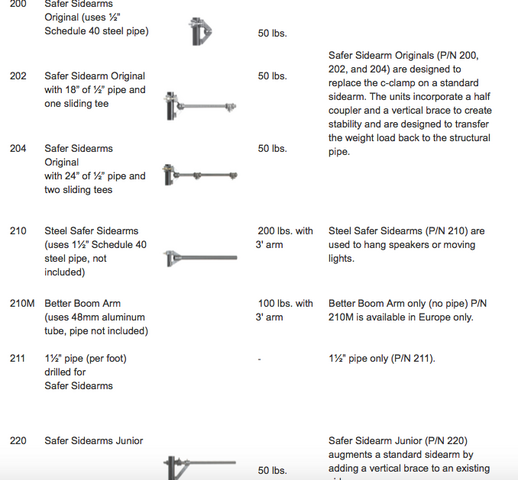 +1 for @microstar suggestions. Best on the market.

You could look at this - http://www.doughty-usa.com/cgi-bin/trolleyed_public.cgi?action=showprod_T57326. It might save you some money as you can fit your own length of pipe?

RichardBunting said:
You could look at this - http://www.doughty-usa.com/cgi-bin/trolleyed_public.cgi?action=showprod_T57326. It might save you some money as you can fit your own length of pipe?
Click to expand...

I really like the look of that one. I'm a fan of flexibility in a setup.
A

I have a question. What is an “intro lighting tree”?