I've poked around with the search bar but haven't found quite what I'm looking for.

Mostly work with middle schoolers, who are relatively light (when standing on a platform) and weak (when moving or lifting a platform).

Generally, none of the platforms we use are bigger than 4'x8', and the highest we've ever legged them is 4'-2" (LOW ceiling).

So, can I use 1x stock (maybe 1x6?) for the frames, with 3/4" ply lids? I'd put an additional 1x halfway down the length for more support and stiffness.

When I build platform frames out of 2x stock, I like using "compression" legs (I think they're called), where two 2x4s are glued and screw together, with one of them under and supporting the rail, and the other a little taller so it goes up the inside of the rail almost to the lid. I also like to use two carriage bolts with nuts and washers to attached the (taller) leg to the rail. [I used to have a steel template I could stick in the corner and use to guide the drill but it has disappeared - it was nice because everything fit everything.]

Using 1x, I could I suppose use the same compression leg approach, but now the mating surfaces are much smaller, and 1x legs seem wobbly to me even if two are glued and screwed together. 2x4 on the inside and 1x on the outside? Some kind of hog trough approach? Bolts still good, or overkill = use wood screws?

So, advice for my platforms lite, which still need to be safe?

One more question, if you're already here reading this. The deck for our next show will be a bunch of different levels, none more then 6" apart, all topped with plywood. What can I do to create a more homogenous surface, short of putting down many many sheets of tempered hardboard? Could I, for instance, use muslin? I could see paint/glueing large swatchs of muslin, which would be a great surface for painting, but I don't want to ruin the lids of all of the platforms. Maybe there's a formula for adhering the muslin that will at the end of the day, simply peel off if done carefully?

Fight Leukemia
1x6 is nice for framing platforms. The issue is it's usually more expensive than 2x dimensional. It makes for a lighter frame for sure. It's been called dated, but Bill Raoul advocates for 1x over 2x in his book and I think it's useful when affordable for sure. I've sometimes found 5/4 lumber is economical too.

As far as legs, I would recommend making hogstrough legs and either bolting them in place or trying to do the compression leg bit. Here's a pic of one we're doing with carriage bolts right now-

"Stay away from Jazz and liquor!"

CB Mods
Premium Member
For Theatrical purposes, low decks below 24" elevation, I almost always used 1x framing. If properly legged, ends and middle, they are plenty strong enough for a 4x8. anything larger and I strongly suggest the addition of more legs. Your Compression leg is correct you can get away with reusing screw in types for several shows but I stronly suggest using a couple carriage bolts. Cross bracing or tying to a solid/rigid structure is also important, a ledger into a wall, a 45° into a cleat on the floor, something to cut down on the lateral movement of the platform system or 'Diaphragm'.

As far as covering, you may be Outta luck with a truly removable surface. if you want to protect the surface of the platforms you are going to need to place Masonite or Something over the top of the play. You could just drape Muslin and paint over it. It will adhere to the platform lids nicely. with a bit of hot water or steam and elbow grease you'll be able to get the muslin back up but you will be left with rough areas or paint that you will have to sand down at some time.
Van J. McQueen
Project Manager
Stagecraft Industries, Inc.
"The only Dumb Question is the one you don't ask."
All opinions expressed here by Van J. McQueen are his and his alone, and do not represent
the official opinions, positions or Values of Stagecraft Industries, Inc.
So there, Nyah!

3/4ply top and 1x5 1/4" platform framing with1x5 1/4" interior supports 2' oc. across the short dimension. 1x3 compression legs screwed or bolted. 1x2 cross-bracing for elevations above 2'.
With proper care, they will last for many years. Thoroughly detailed in the Bill Raoul book "Stock Scenery Construction". The reason for 1x 5 1/4 instead of 1x6 is that it gives you automatic 6" steps
when you stack/overlap platforms.

Premium Member
Fight Leukemia
We use 1x framing for our stock risers with 1/4-20 bolts and captive nuts on the stock 2x2 legs, which come precut in a length that provides an 8" or 16" tread height. The 16" and anything taller uses a 1x4 hogstrough in compression that comes flush to the face of the riser, making it very easy to skin. Stock heights stack neatly for storage. Longer hogstroughs use the 16" 2x2 leg to fasten to the deck. 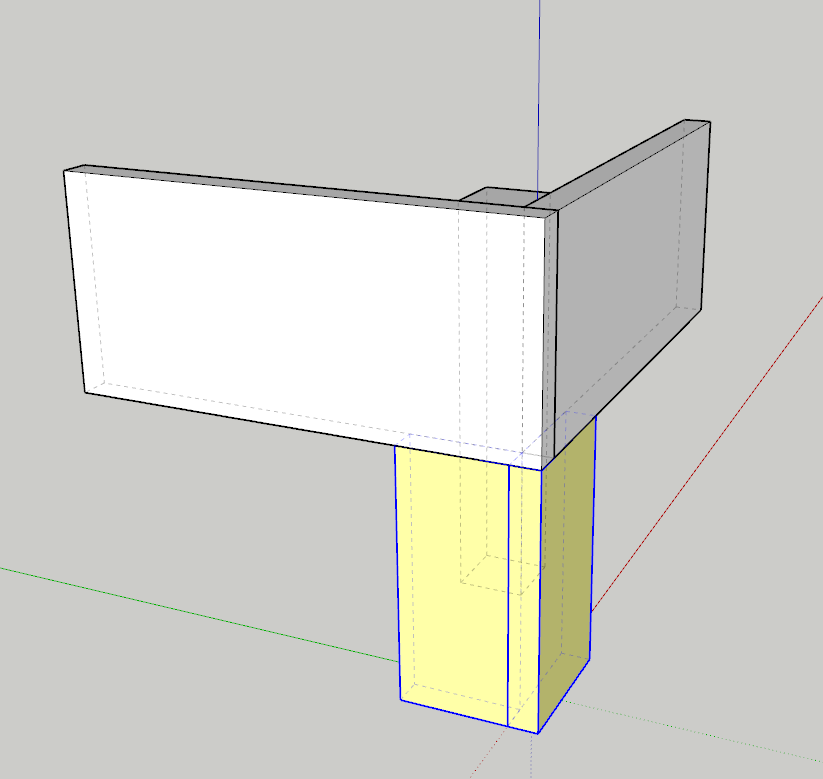