What is it about this design... 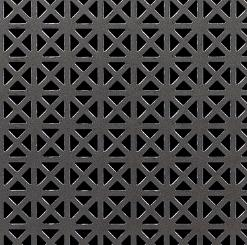 Some catalogs called it "Grecian", but it doesn't look very Greek to me. It's one of about six classic perforated punched metal grating most often used as radiator covers older homes. First offered by Kliegl Bros. in the 1960s as gobos. The practice continues today.

But Judge Judy, The People's Court, various Law & Orders all have the pattern as some part of the courtroom. Why? 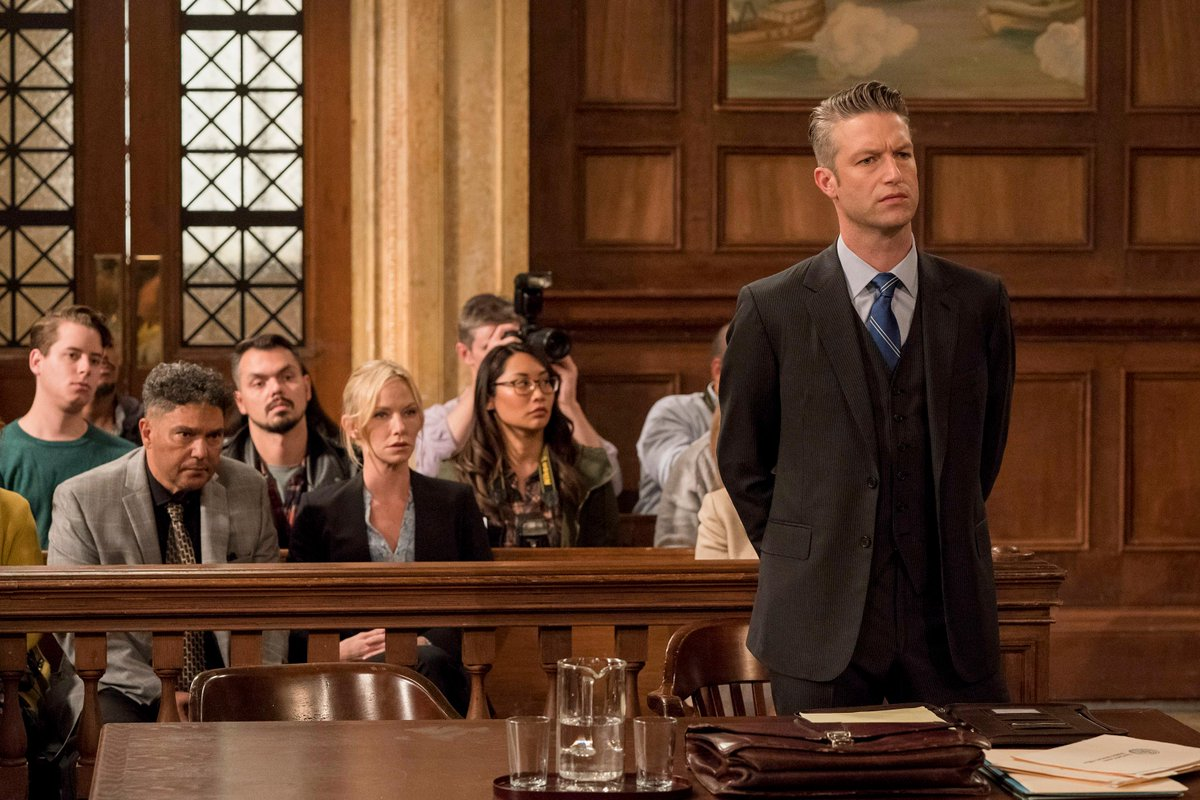 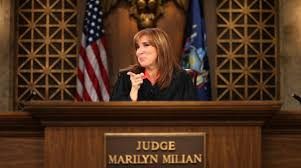 Maybe because so many courthouses were built in the neoclassical style, which was heavily influenced by classic Greek architecture. For example the Multnomah County Courthouse in Portland. https://en.m.wikipedia.org/wiki/Multnomah_County_Courthouse.

Although I agree, it doesn’t strike me as very Grecian, and does remind me of the radiator cover panels at my kids school.

Because it's so easy to rent a set with this design? 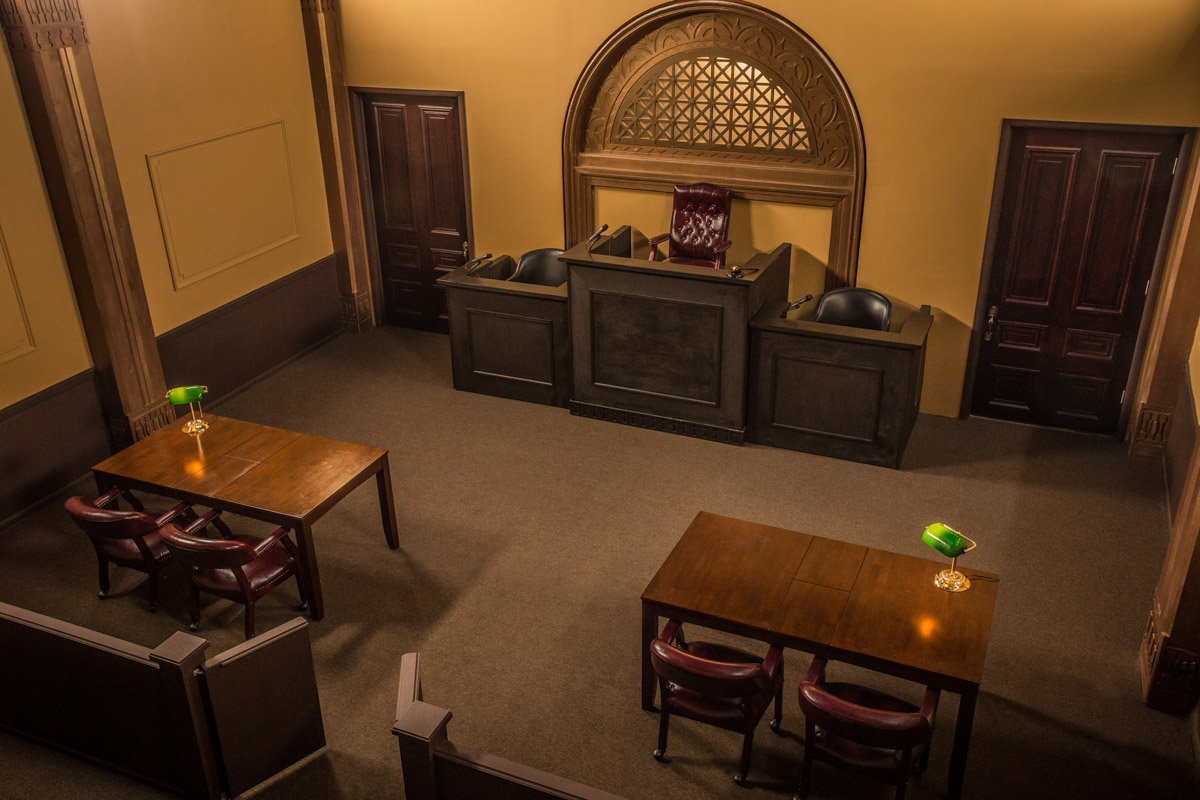 Probably my upbringing but I look at the top image and Confessional comes into my mind. Any relationship with courtrooms?

Not just for courtrooms; also makes a good background for vaccines. 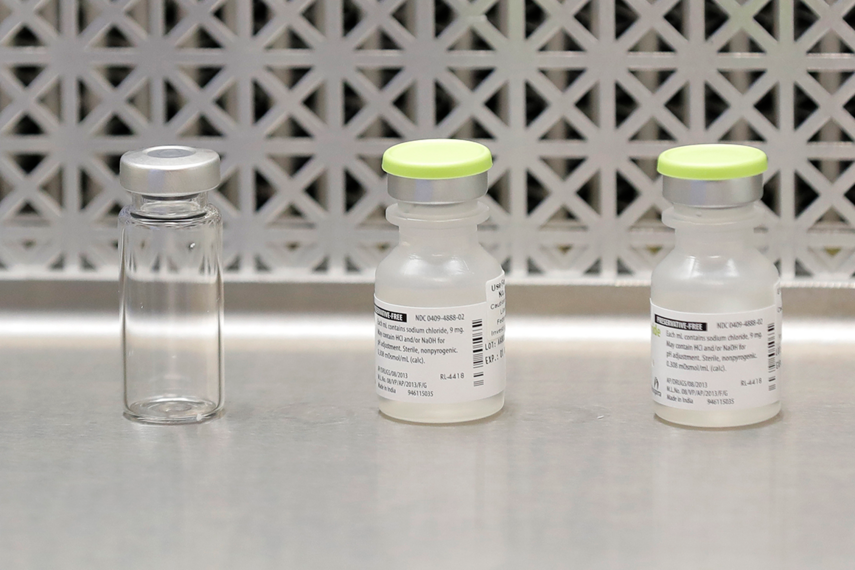 Perhaps a wine rack for the person cave! 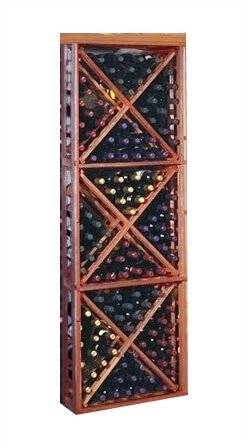 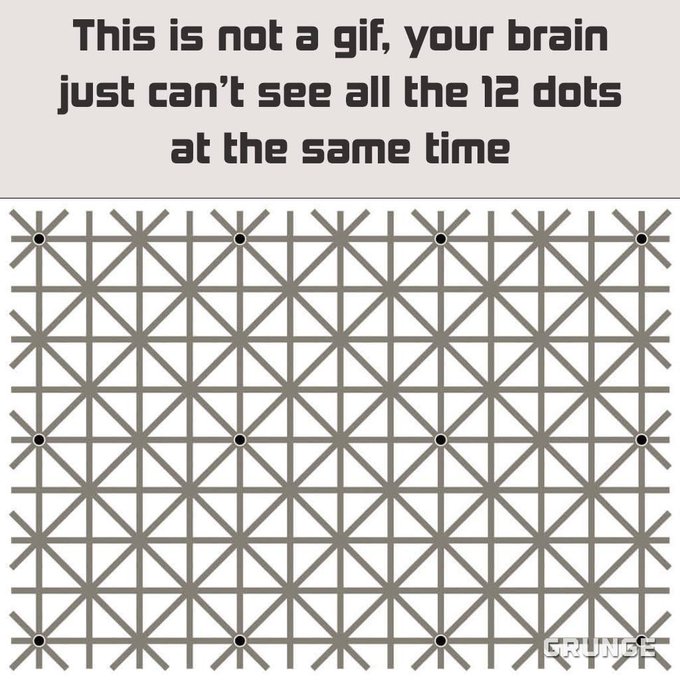 I've seen them used around here on the lower panels of pool screens for privacy or to prevent the dog from trashing the screens.

There is a radiator cover sitting in the back stairwell of my building with this design on it. We have sheets of the "courtroom" pattern in our light shop at school. And don't forget the big hole/tiny hole design! Classic.

mrtrudeau23 said:
There is a radiator cover sitting in the back stairwell of my building with this design on it.
Click to expand...

Ah, yes, quatrefoil/cloverleaf, one of my favorites, as a gobo. 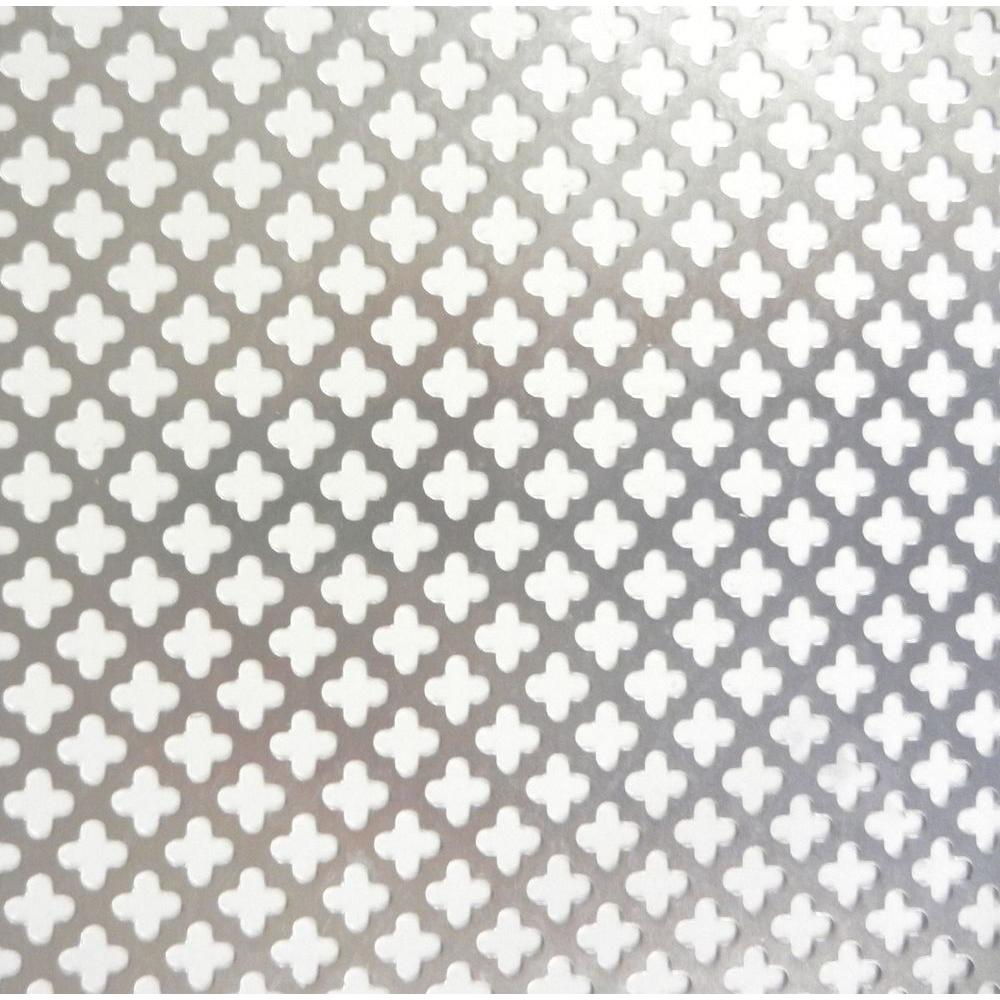 Aha! I knew it wasn't grecian, it's Roman: 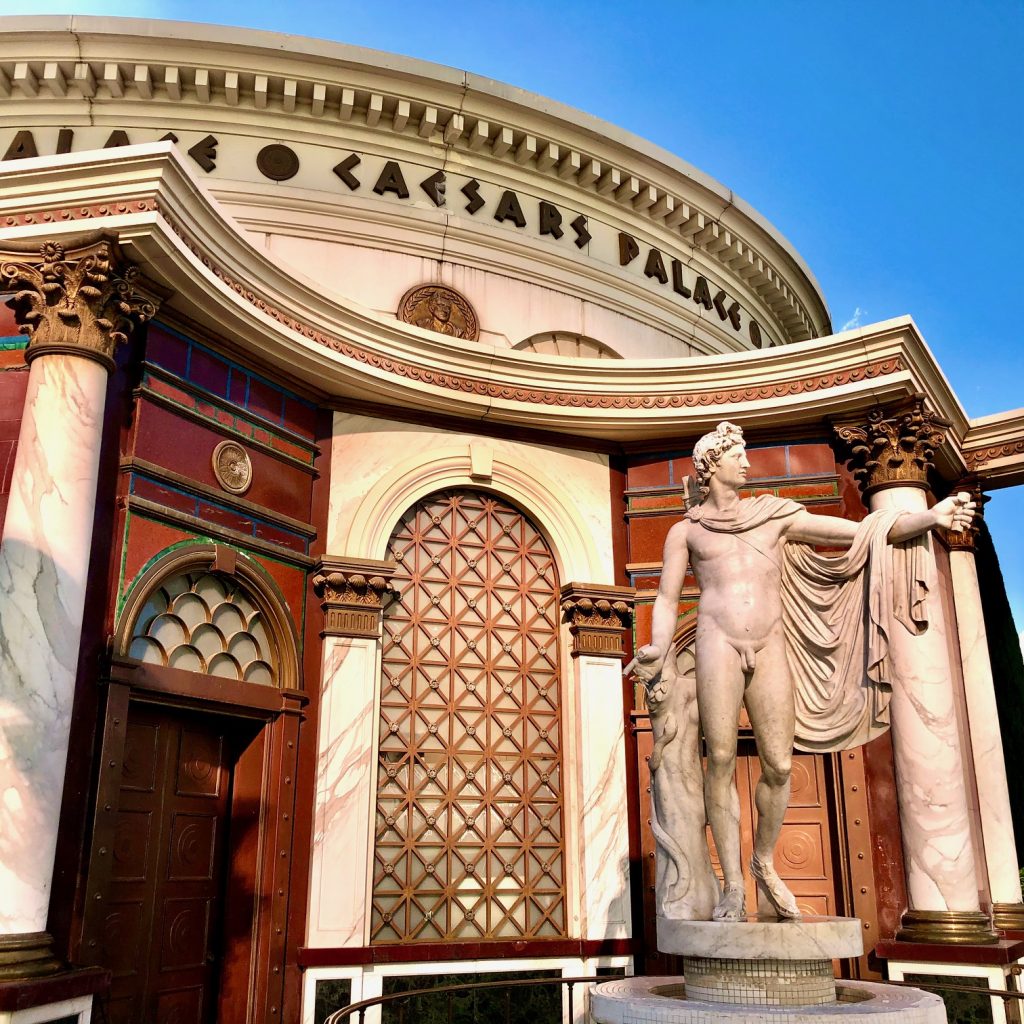 Was channel surfing and discovered the motif is older than I thought. 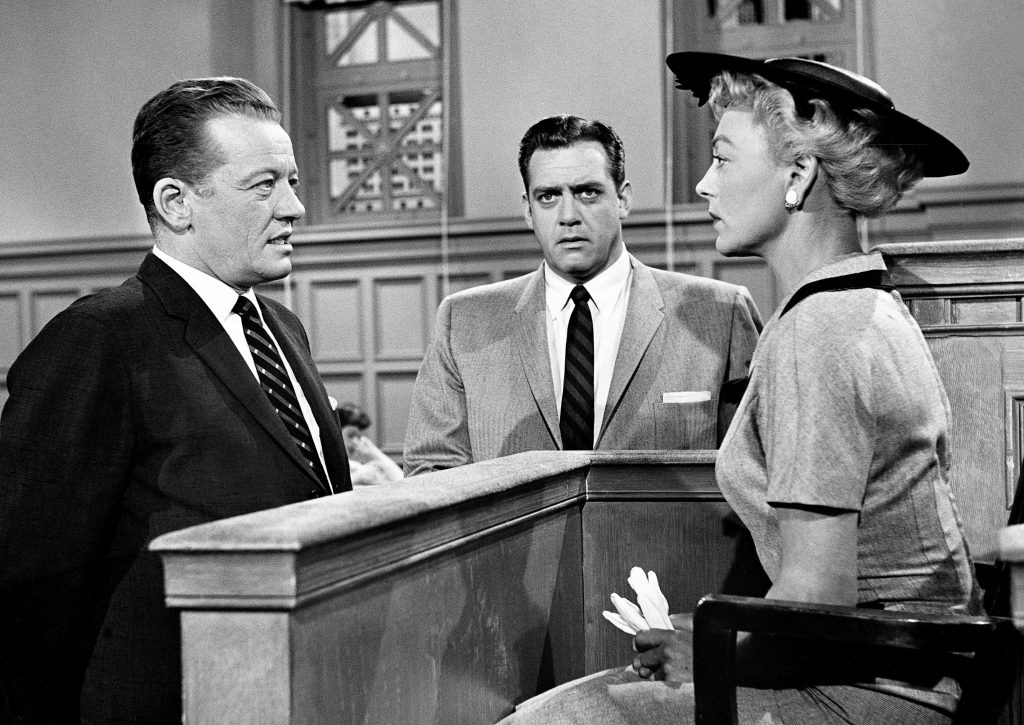 Roman lattice abounds in many different forms in American architecture, particularly on classical-style buildings of the first half of the 20th century. Cass Gilbert’s United States Supreme Court (completed 1935) has marble lattice Roman railings framing its forecourt, a composition evoking the splendor of ancient Rome (figure 5). Roman lattice in bronze and other metals was commonly employed to embellish openings in monumental buildings of the American Renaissance. A conspicuous example is the great Diocletian window in the façade of the 1911 the National Museum of Natural History on the Washington Mall. (figure 6). Similar Diocletian windows filled with Roman lattice dominate the façade of the Metropolitan Museum of Art. Even a small-town bank such as the 1903 National Valley Bank in Staunton, Virginia could be instilled with an air of dignity and permanence with its triumphal arch facade incorporating Roman lattice in its central arched window and smaller flanking windows (figure 7). Such classical facades were de rigueur for early 20th-century banks throughout America.
Click to expand...