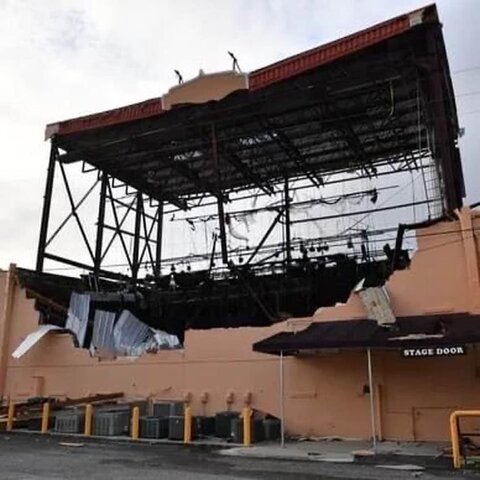 Fixtures still on the pipes; looks like they're not even hanging by the safeties.

Their season was supposed to start in a couple weeks. 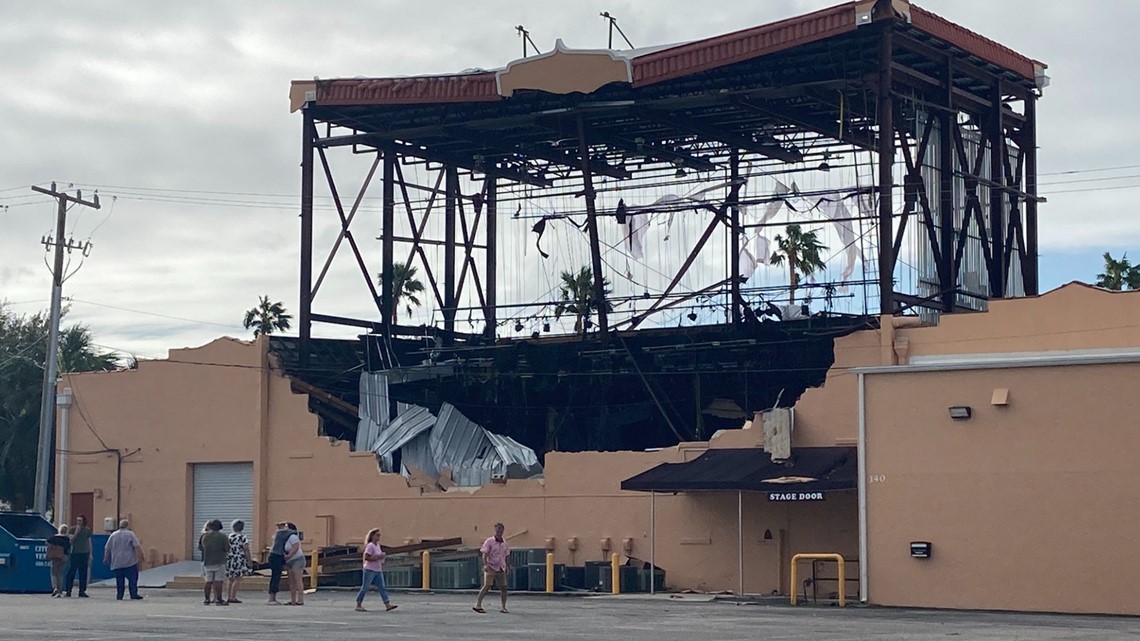 Driving through Downtown Venice, it's nearly impossible to miss the gaping whole that once was the structure of the Venice Theater.

Driving through Downtown Venice, it's nearly impossible to miss the gaping whole that once was the structure of the Venice Theater.

Van said:
Any word on how Sarasota Opera came though the storm?
Click to expand...

Got an address? I have access to some satellite imagery.
Jon Liles
Out of Box Theatre
Marietta, GA

"Any man who afflicts the human race with ideas must be prepared to see them misunderstood." - H. L. Mencken

I would guess if they open back up it’ll be 7-8 years before they are back. That is about the time it took for the Sanger in New Orleans to open back up after Katrina.

Van said:
Any word on how Sarasota Opera came though the storm?
Click to expand...

There was nothing remarkable in the downtown Sarasota area. It's still a bit of a mess around here but that's largely tree limbs and small projectiles and such. Couple mid-rises with a number of windows blown out all the way up to the 12th or 13th floor. Of everywhere in the county, downtown probably fared the best. The major rainfall happened in the eastern part of the county as the storm tracked inland, and the major rain/wind/surge happened in the far south end of the county.

My Fort Myers team is pretty scattered right now though. Some have power, some don't. Still unclear on who experienced flooding and who didn't but it was only Monday night when we finally got everyone accounted for. One of our retired mechanical engineers lives on Sanibel and fortunately he was in Chicago when things went down. Another coworker's sister lives on Pine Island and expressed that that there were numerous bodies floating in the bay when she was rescued by boat and brought back to the mainland.
Mike Nicolai, CTS-D
TLC Engineering Solutions
Venues & Acoustics Project Manager
ETCP Certified Entertainment Electrician
You must log in or register to reply here.

What paint do you use? This TD wants to know