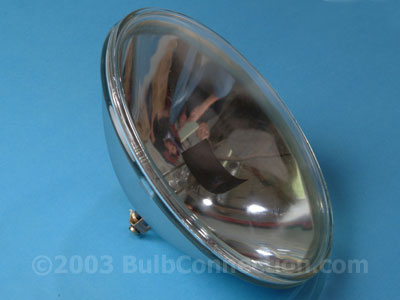 Posted to another forum:

In addition to designing and operating a large number of productions and tours, Howard [Ungerleider, best known as the LD for Rush] is very proud of a particular lighting moment in 1972. He attended a Marine auction and found a case of lamps called Marine Beacon Lights. They were 13-volt lamps the same size as a parcan. He put the lamps into parcans and wired eight of them in a series. &#8220;I found a smoke machine, and before my eyes I saw an amazing beam of light that appeared narrow, yet had a long throw.&#8221; He instantly thought, &#8220;Wow!&#8221; as he realized that he had created his own new fixture, now known as the ACL fixture.