Page
1. Scenic. May refer to either the scenic drop, or to the fabric itself. In the UK, the drop is often called a gauze. Color is most often White or Black. The white may be painted with dyes to allow translucency. When lit from the front, or sharp angle top, bottom, or sides, appears solid. When lit from behind, becomes almost invisible. Very useful to "dissolve through" for dream sequences.

The scrim weave is a hexagonal weave. This weaving pattern is what makes scrims magic (yes, scrims are magic). As scrims need to be seamless and have such a complex weave, there are only something like 4 scrim looms in the world. Bobbinette is a hexagonal weave; Sharkstooth is a rectangular weave.

Due to its weave pattern, sharkstooth scrims are particularly susceptible to "Hourglassing" on the sides, where the center pulls onstage from the top and bottom. Side masking, either standard legs, or hanging legs the same height as the scrim from the same pipe, is usually the remedy. Scrims tear easily, and a repair will never be invisble, so use extra care when handling.

The black scrim is most often used downstage of the cyc lights, give depth to the cyc, and to prevent reflections from the stage floor from ruining the sky illusion. 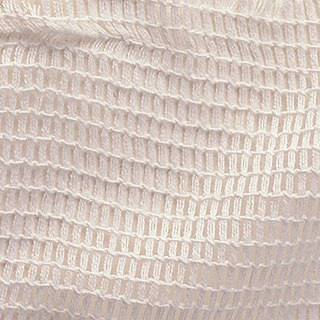 Bobbinette (aka Opera Cloth, most often used for "cut and net" drops): 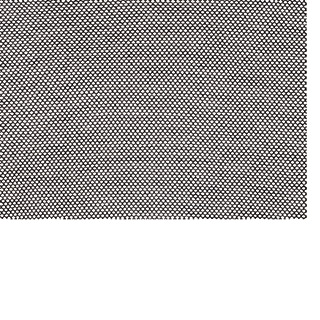 Related: Leno (Filled Scrim): Not used for dissolves, but makes an excellent cyc, as it has lots of "tooth" to catch light. White, natural, or sky blue. 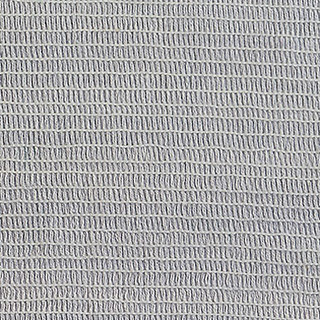 A new type of scrim is Chameleon&#8482;, which is a spun rather than knit fabric. See this thread.

2. Film/Video Lighting. A wire mesh screen that goes into the color frame slot of Fresnels, to reduce intensity without altering the color temperature. Four scrims are included with each fixture: Single, Double, Half-Single, and Half-Double. The Halfs only have screen on one side of the frame, so that the near portion of the light may be dimmed leaving the far portion unchanged.

An automated review of this page attempts to determine its readability in English (US). The page contains roughly 343 words across 32 sentences.