Page
1. Makeup. A type of powder-based foundation named for the flat round container in which it comes. Or, because it was a "cake" of talcum powder, pigments, and oil, shaped in a shallow pan for ease of application.
From http://www.cosmeticsandskin.com/bcb/cake.php :

According to Basten, the name ‘Pan-Cake’ came from the fact that it was a cake make-up sold in a pan (Basten, 2008, p. 112), i.e. a pan (made) cake. However, given that the make-up was originally developed for Technicolor and that the Max Factor Company also released ‘Pan-Stik’ make-up in 1947, it seems more likely to me that the ‘Pan’ was short for panchromatic.
Click to expand...

Invented by Hollywood make-up artist Max Factor as an alternative to greasepaint, which worked fine for B&W films but was too heavy for color. Pancake make-up debuted in the color film Vogues of 1938. Pan-Cake™ is still a trademark of Max Factor. 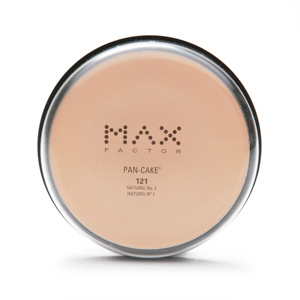 How to Apply Pancake Makeup | eHow.com

An automated review of this page attempts to determine its readability in English (US). The page contains roughly 165 words across 18 sentences.