So I'm starting a process to rehab a large oak tree for a children's museum. We/they are buying new oak branches/leaves to replace a bunch of 20 year old sad, droopy and bland colored leaves. They've got a few options ordered and I've sent them links to the couple of places I've ordered from before.

What are everybody's favorite or go to providers for foliage and branches and the like? A few places already do bulk discounts and are working with them, just looking for other options to provide them (and for my own future use)

This is what they presented me with as what they've ordered to look at,
https://www.earthflora.com/PR-1091.html?cat

Not cheap but they're the best.

Not cheap but they're the best.
Click to expand...

Yup, they're the people I've ordered from and used a lot of their stuff before and are pretty local to me being in cleveland. Good to know I was on the right page.

Foliage. This isn't exactly on topic, but the "foliage" in the title reminded me so I thought I'd share.

A LONG time ago in high school ('50s) we did a show every year called The Black & Red Revue. This was an assortment of skits and solos by everybody in the school who could be convinced (conned) into doing their act. The drama teacher would put together a (very) loose script to tie the whole mess together, and of course we had a guaranteed audience of parents for this effort. The year in question it was decided to do a Show Boat. The "boat" (that's another story) was wheeled in on a dolly and the "captain" (MC of the affair) would proceed to introduce the acts, one after another, until we either ran out of acts for the audience got tired of the whole affair and left. Well, as Showboats were known for travelling he Mississippi River, and the Mississippi was "down south," what would be more natural than to have a bunch of Spanish moss hanging overhead. (Gotta dress a set of black legs somehow, don't ya?) Our dear drama teacher had a friend in the south, and she wrote her friend to send us some Spanish Moss. A couple weeks later we received 5 or 6 LARGE cardboard boxes packed with Spanish moss. We draped about 3 or 4 battens with the stuff, hauled it up, set trims so it all looked halfway decent and went home. The next day was dress rehearsal for The Big Event. Everything went as usual for a dress when the only full run through of a show IS the dress, and everyone went home. The next day half the school showed up complaining of itching and rashes. Seems the wonderful donated Spanish moss was loaded with some sort of little biting insects that had been raining down from the Spanish moss on everybody during the dress.

another vote for Autograph foliage

Just to finish this post out. After my recommendation, they did end up buying from Autograph (it helps that they're in Cleveland only about 2 hours east).
Tree was pretty barren and full of dusty, fall, dead foliage. Now it has 300 new green branches. Tough with the lighting to get decent pictures, but it looks great in the space and will be getting birds and forest animals added as part of a new "ranger station" update. 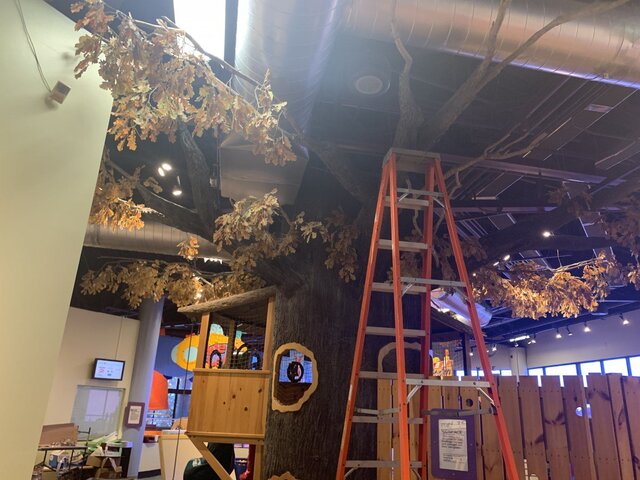 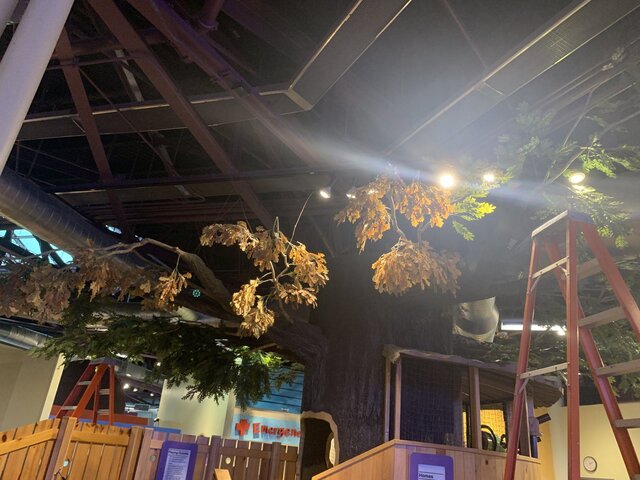 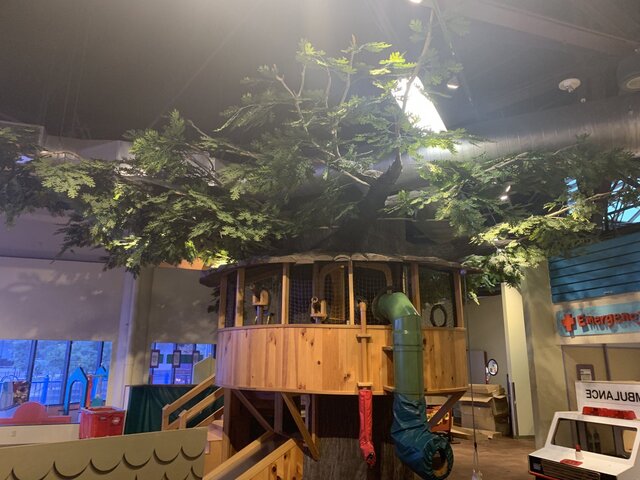 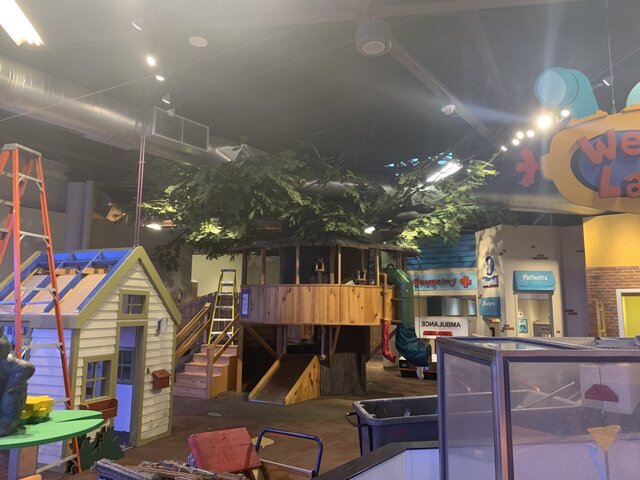 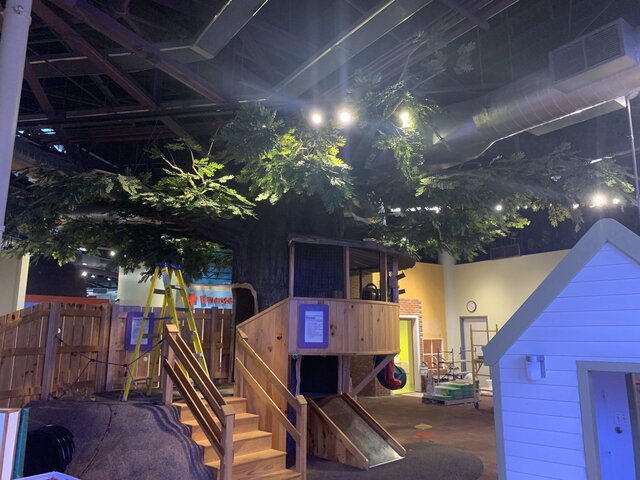