Can someone recommend hardware for routing Q lab output to various amplifiers? I have looked this up in the past, but can’t remember what I found. We have six amplifiers, and I would like to spend $1000 or so.

You mean a multi channel audio interface for the Q-Lab iFruit? You're driving speakers directly rather than through a mixing console?
D

No. It goes through a mixer.
M

I recently bought one of these to replace a smaller interface that died at one of our high schools . It hasn't been used on a real show yet due to the shutdown, but I did enough testing to know that it works as advertised and sounds decent. It's quite a bit cheaper than your budget and does more than you asked for, but it looks like it's backordered now... There are lots of other similar products of varying prices to consider.

It might help get better suggestions if you give us more details on what your sound system looks like and what you want to accomplish. For example, if your mixer supports Dante, then you could keep the audio digital and not eat up six analog inputs. Is there a DSP between the mixer and the amps? Maybe it makes more sense to skip the mixer and go straight into that?

The Roland OctaCapture is in stock at most of the usual dealers. Almost everything else 8x8 or bigger, and under US$1000 is on back order. There are a couple of MOTU units with enough outputs, around 1k (street price) that might work, but I'm not an iFruit/QLab user so can't say which models are suitable.
Last edited: Oct 14, 2020
D

I am not tech savvy on sound systems. We have a sound craft SI expression. Whatever solution we have needs to be a minimum of $1000 or it doesn’t go under our capital funds budget.We simply need a way to route Q lab signals to four or five different outputs. 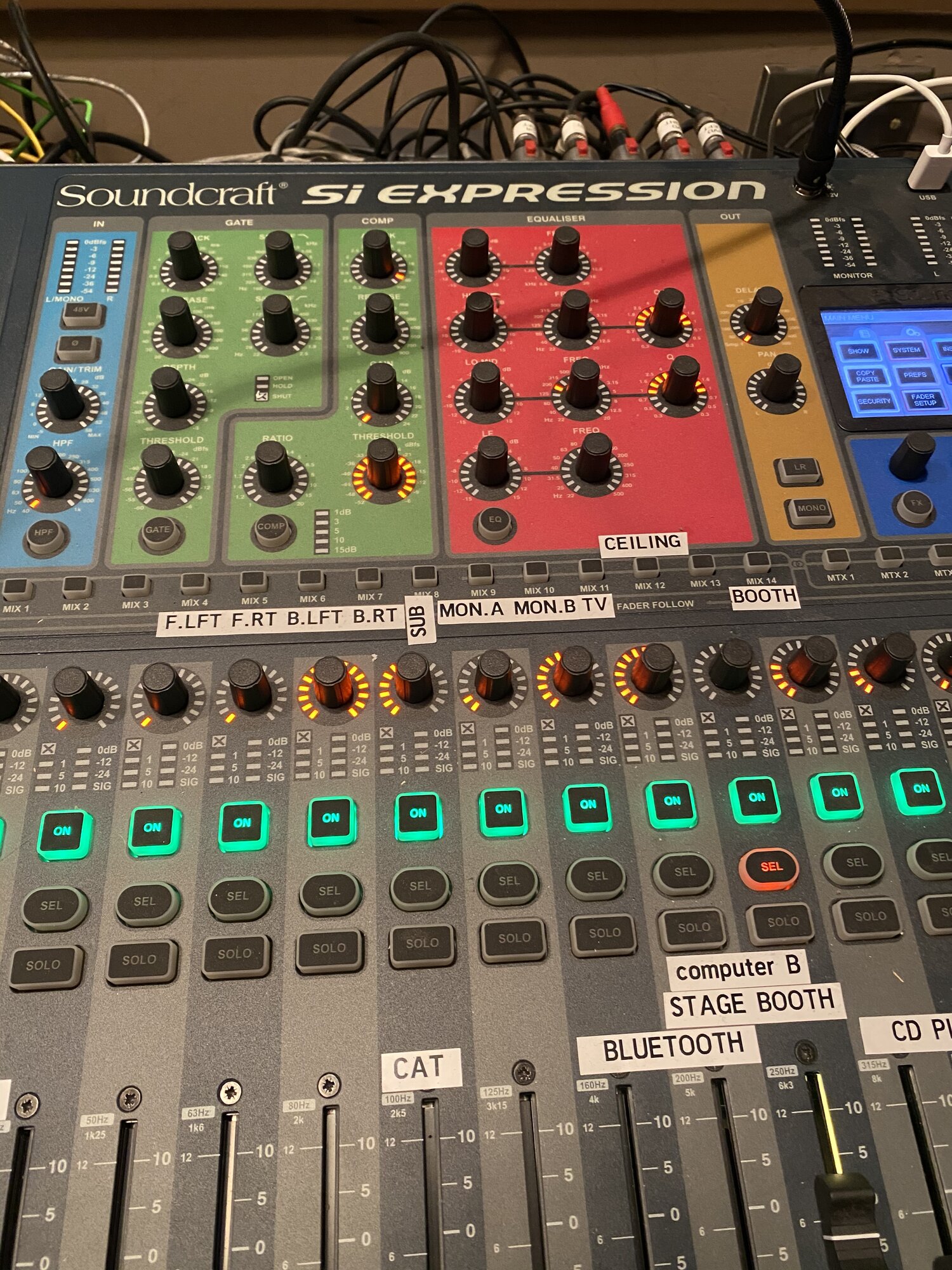 We use a Soundcraft SI Impact connected over USB. Works well, although I would rather the mixer had MIDI or OSC control too.

almorton said:
We use a Soundcraft SI Impact connected over USB. Works well, although I would rather the mixer had MIDI or OSC control too.
Click to expand...

What is it connected to? Does USB from the computer control what outputs it uses?

Lextech said:
What about a Dante card for the console and Dante Virtual Soundcard? 64x64, one little cat5 cable and away you go. Card is a bit above 1000, DVS is like 30 bucks.
Click to expand...

Thanks. That might work. The only question I have is does the Mac with QLab connect to the Dante card via USB cable or network cable? It looks like it has only Cat5 connectors on the Dante card. I’ve never run a board with Q lab before so I am a newbie.
A

The SI is connected to the mac and appears as (I think) a 32 in and out channel sound device to Qlab.

Audio is all over a single cat 5e or better cable from the Mac to the card in the SI.
Y