Lighting and Sound Workshops in NYC on Jan 9 & 10

Greetings All,
With Dave's kind permission I share this info about Stage Lighting Super Saturday and Stage Sound Super Sunday in NYC. For full details including list of speakers, workshop schedule, sponsors, etc., visit www.stageseminars.com
Bonus for CB Members. $50 off registration. Use code CBVIP during registration.

Stage Lighting Super Saturday
The Eleventh-annual Stage Lighting Super Saturday all-day seminar will take place on Saturday, January 9th, 2016, at NYU's Tisch School of the Arts. The school is located in the heart of Greenwich Village.
Once again, this popular annual seminar is designed for everyone involved in stage, architectural, or entertainment lighting.
Designed to enhance the abilities of all involved in the application of innovative stage, architectural, and entertainment lighting, Stage Lighting Super Saturday is led by active members of the Theatrical Lighting community. With an emphasis to address training, inspiration, and effective lighting techniques, subjects include Stage Lighting 101 for those new to the art; the use of conventional luminaires; the latest LED, and traditional Arc Source instruments; the implementation of color, special effects, mood and scene lighting; and choosing among the myriad of helpful equipment such as consoles, moving lights, computers, and many others.

Tony Award Winner Jennifer Tipton is our Keynote speaker for the Lighting workshop. Bonus session; she'll also be talking about using color on stage. Ms. Tipton is famous for her lighting designs for Dance, Opera, and Theater. She has been nominated for five TONY awards for theater lighting and has been awarded two. 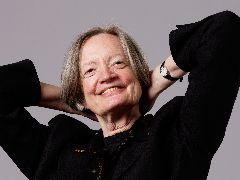 She has designed for dance, theater and opera. In 1958, she graduated from Cornell University. While performing as a dancer and rehearsal mistress, she noticed the importance of lighting, and studied dance lighting with Thomas Skelton, becoming his assistant. Her first lighting design for Broadway was in 1969 for Our Town, and her most recent in 2013

International lighting designer Richard Pilbrow will also join us to speak about his work on the 60th anniversary production of My Fair Lady. Richard is a pioneer of modern stage lighting in Britain and his work has been seen in London, New York, Paris, Berlin, Vienna and Moscow. He was the first British lighting designer to design the lighting for a Broadway musical, Zorba. He was the lighting designer of the Hal Prince hit revival of Show Boat on Broadway (Drama Desk Award, Outer Circle Critics Award-lighting), in Toronto (Dora Award - Outstanding Lighting) and on tour throughout the US 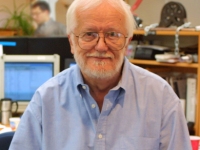 Stage Sound Super Sunday
Stage Seminars is proud to announce the inaugural Stage Sound Super Sunday an all-day sound workshop. Stage Sound Super Sunday will be co-produced by well-known New York sound designer Jim Van Bergen and is a combination of lecture-style presentations and hands-on exploration of the latest sound equipment. Professionals from the theatrical sound community will present topics including Sound Design 101; Sound Equipment: Analog and Digital; Speakers (why all those different sizes?); Wireless Microphones and Frequencies; and so much more. 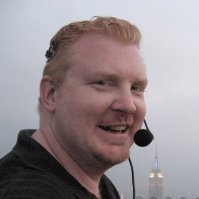 Thanks, Scott
PS: Here's a 2nd bonus if you want to attend both days. 50% off the second day. Just register for the first. Then, wait for the thank you/confirmation email. That email will have a special code to use when you return to register for the second workshop.
Visit us at: http://facebook.com/stageseminars
Scott C. Parker
Lighting Designer
http://www.scottcparker.com
http://www.stageseminars.com
You must log in or register to reply here.