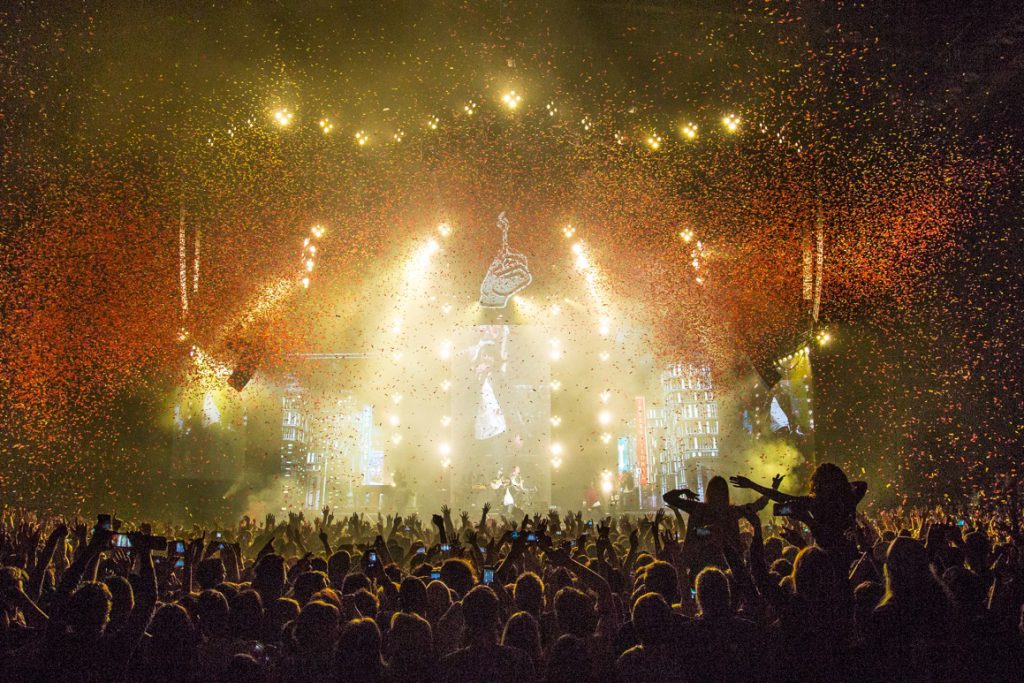 When he isn’t displaying his well-known wry sense of humor, this Emmy winning Australian born designer can be a man of few words. This was very evident when we asked him how he would describe the look that runs through his designs. His answer was simply “balanced.”

Short? Yes. But, as he’s demonstrated from his early work for Sheryl Crow and Fleetwood Mac on through to his designs for Van Halen, Lady Antebellum, Miranda Lambert, and other stars, oh so very true. Although he’s created some truly monster designs for tours and festivals, Guthrie invariably manages to blend diverse elements into a harmonious look with all pieces pulling together in the service of a common goal: to support the artist and engage the audience.

Like his answer to our question, there is nothing superfluous in his designs. This is not to suggest that his work is simple or unadorned. Far from it, as his brilliant towers of blinders and video walls on the 2016 Macklemore & Ryan Lewis tour will attest. Regardless of how elaborate his designs get however, every element works together to create a supportive visual framework for the artist on stage. No waste, period!

Talking to us from the Minneapolis-St. Paul office of his company, Toss Film + Design, Guthrie discussed his ideas on framing light, the merits of collaboration, his nickname and other topics.

You are an accomplished photographer in addition to being an award winning lighting designer. Do the two feed off each other. Does being a photographer make you a better LD?
“I don’t know about accomplished, but I like taking photos as a hobby. I still love looking through a viewfinder. I think I bring framing and composition practices from photography to lighting design and programming.”

Which came first, photography or lighting?
“I always loved cameras and wanted to be a cinematographer when I was young. Doing lights for bands interfered when I was a teenager.”

Who started calling you “Arlo?”
“First day on the job with Crowded House when I was 19, the drummer Paul Hester asked my name. When I said ‘Paul,’ he named me Arlo (after Arlo Guthrie), so as not to add confusion to the other three Pauls already on the tour.” 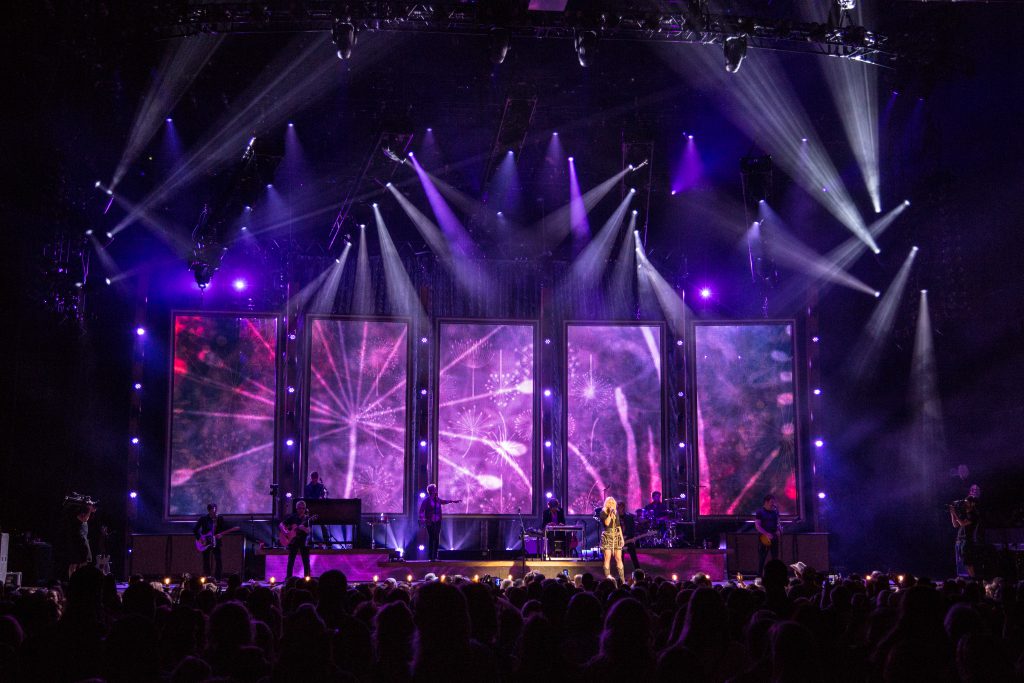 Can you give us a little background? What brought you to the US from Australia? Has being from Australia with its dramatic natural landscapes influenced your work as a designer?
“We finished a Crowded House tour in Europe in 1994. I wound up moving to London from the Netherlands and started commuting to the US to work for Sheryl Crow in 1995. After flying back and forth and paying taxes in both countries, I relocated to the US the next year. I think the early touring and work ethic of Australia influenced me more than the natural landscapes. Touring pubs and clubs was hard work!”

On the subject of influence, who were the big ones in your career?
“Early on I was influenced by some great Australian LDs who were doing a lot with nothing or using moving lights in new ways. I was influenced as well by big shows that were coming down designed by LeRoy Bennett and Marc Brickman. I had the joy of learning to light music on a two preset board and rode the wave as the industry was evolving to programmable lights and consoles.”

It’s impressive how you weave intense lighting arrays with scenic elements and video walls into a massive visual display the way you did with the recent Miranda Lambert tour and before that with Macklemore and Ryan Lewis and Van Halen. It’s almost like you view video walls as another lighting fixture in some respects. Can you tell us how you see video interplaying with light in your designs?
“I started integrating video elements into productions twenty years ago. On most of my designs I’m thinking about how all the separate parts will work together from the very beginning. I strive to make it balanced between all the elements on stage. It doesn’t serve the artist if everything is fighting for attention or not presented with a common theme.”

You also seem to like using high tech tools to create low tech looks, but with much more flexibility and intensity than you could have gotten in the good old days. What is it about these old school looks that appeals to you?
“I’m a sucker for the classics. I like the feeling of reliving your youth with something that takes advantage of what we have learned since then.”

You’ve worked for a wide range of artists, do you have to like an artist’s music to do a good lighting design?
“No! I’ve been lucky to work with great people and it’s definitely more fun to be creative when you enjoy being with or listening to those people. I’ve also learned that the songs grow on you when you hear them a lot and invest some of your own creativity in them, regardless of how judgmental you might have been when you first heard them.”

Do you have to be musical to be a good LD?
“It’s helped me, definitely. I think having a musical background brings a lot of motor and mental skills that are perfectly suited to translating music to lighting, as well as the ability to pick up on intricacies and subtleties. Plus, you know how to deal with musicians.” 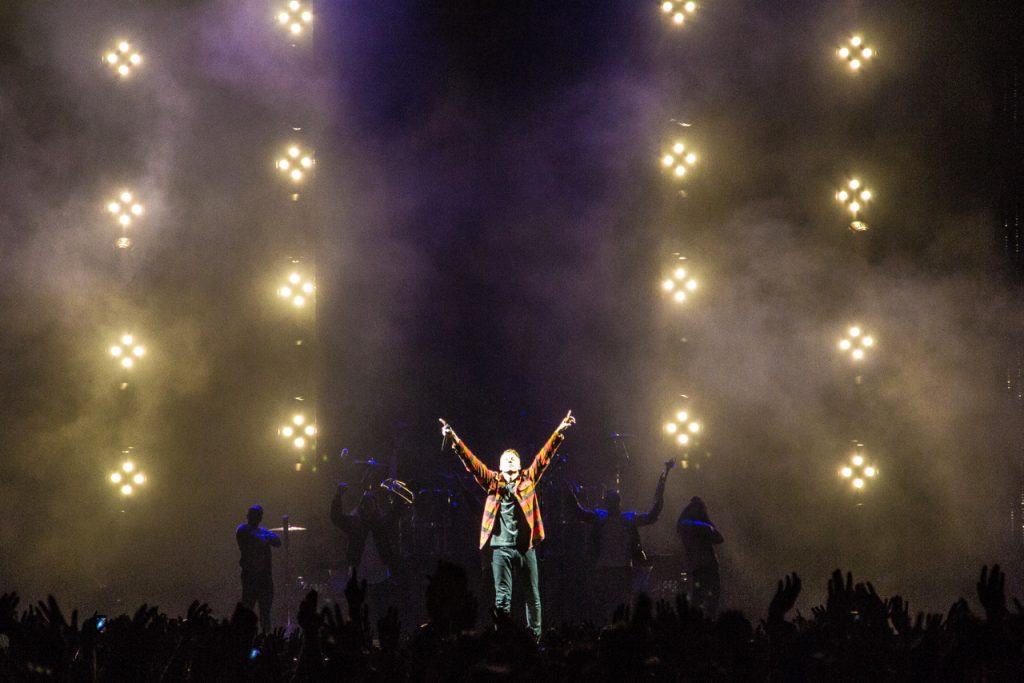 Ok, but along those lines — what separates a really powerful lightshow from so-called “flash and trash?”
“Cues! A feel. Definitely moments in the show that are unique and constructed. Motivation for what you are doing with the lights.”

When you begin work on a design is there a certain component that you start with first? Where does the design process begin for you?
“I usually start with sheer panic. I always need some inspiration; that’s why I like meeting people and talking face to face. I don’t have a huge arsenal of ideas ready to go. I’ve learned that things evolve in a project and ideas come from subtle hints and the looming terror of a deadline.”

“Another way I come up with ideas is by doing research on an artist and what they like, what they have done before. I try and take as many clues from them in the initial discussions and use those as a springboard for a list of what should go in the show and what kind of overall feel they have in mind. I then draw a bunch of pencil drawings to feel out the overall scope and watch as things take shape.” 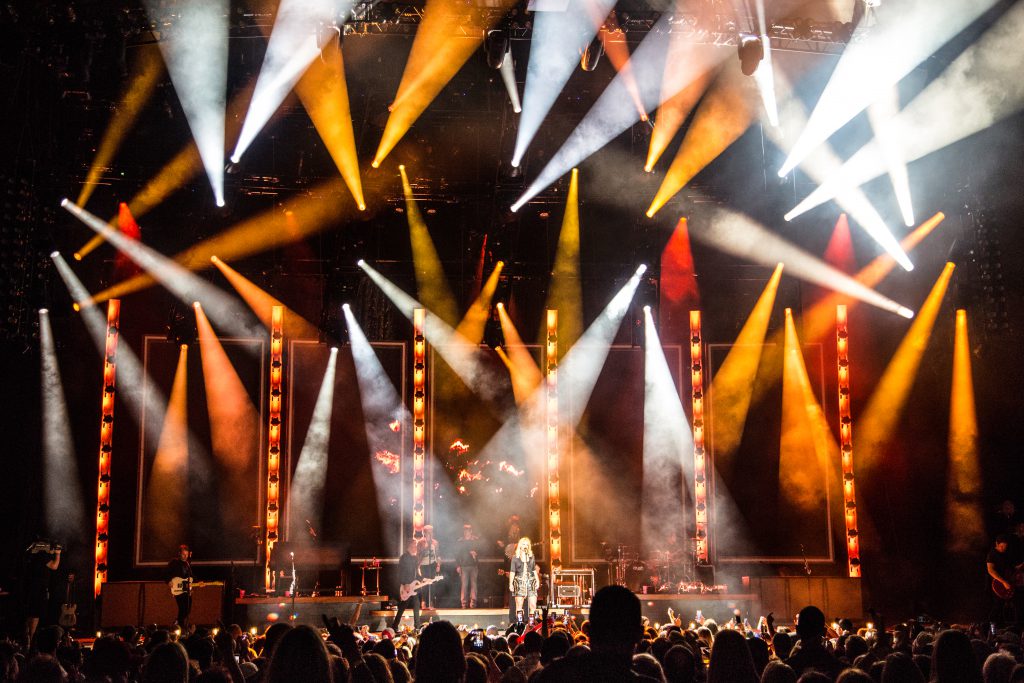 What do you design in?
“My underwear. Pencil and pen sketches then Vectorworks and Photoshop3.”

So, a lot of set designers and lighting directors tell us that you are really great to work with. What advice do you have on successful collaborations?
“Pay everyone to say nice things about you! When I was young it was great to be in charge of everything and be responsible for everything, but now it’s so much more fun to develop ideas with smart and humorous humans. Being polite and collaborative brings out the best in most people.”

You’ve had a very successful career, what do you regard as some of its highlights?
“Any show at Madison Square Garden, Rod Laver Arena or First Avenue.”

What was your biggest learning experience in lighting?
“Light the money. And don’t put your finger in the fuse box.”

Can you tell us how you balance the role of set pieces and movers? Is there a time when it’s more appropriate to use one than the other? Are designers more apt to over use one or the other?
“I dread designing sets; it’s my least favorite part of any job. I’m looking forward to going back to more or all lights in shows.”

If you weren’t a lighting designer what do you think you would have been?
“I would have loved to be a cinematographer. But I would probably be a mascot for a team in the Honkbal Hoofdklasse.”

Is there an Arlo Guthrie design look? If so how would you define it?
“Balanced.”

If you had a young designer working under you, what is the one thing you’d hope that he or she learned from you?
“Be on time.”
Last edited: Apr 5, 2017
You must log in or register to reply here.