Has anyone experimented with re-plating reflectors? Did you have any success? I have some secondary 360q reflectors that are particularly bad, most of them are probably too pitted to attempt this with but I'm still interested in trying.

I'm "inheriting" a bunch of these fixtures from multiple sources that are being thrown out mostly due to fixture upgrades or lack of maintenance. Most of them have shutter issues, which I can fix easily enough. But I don't want to throw money at new secondary reflectors, and I certainly don't want to see these fixtures get tossed.

Here's what most of them look like, very little to no plating left and pretty intense pitting from rust. (this one has been cleaned). 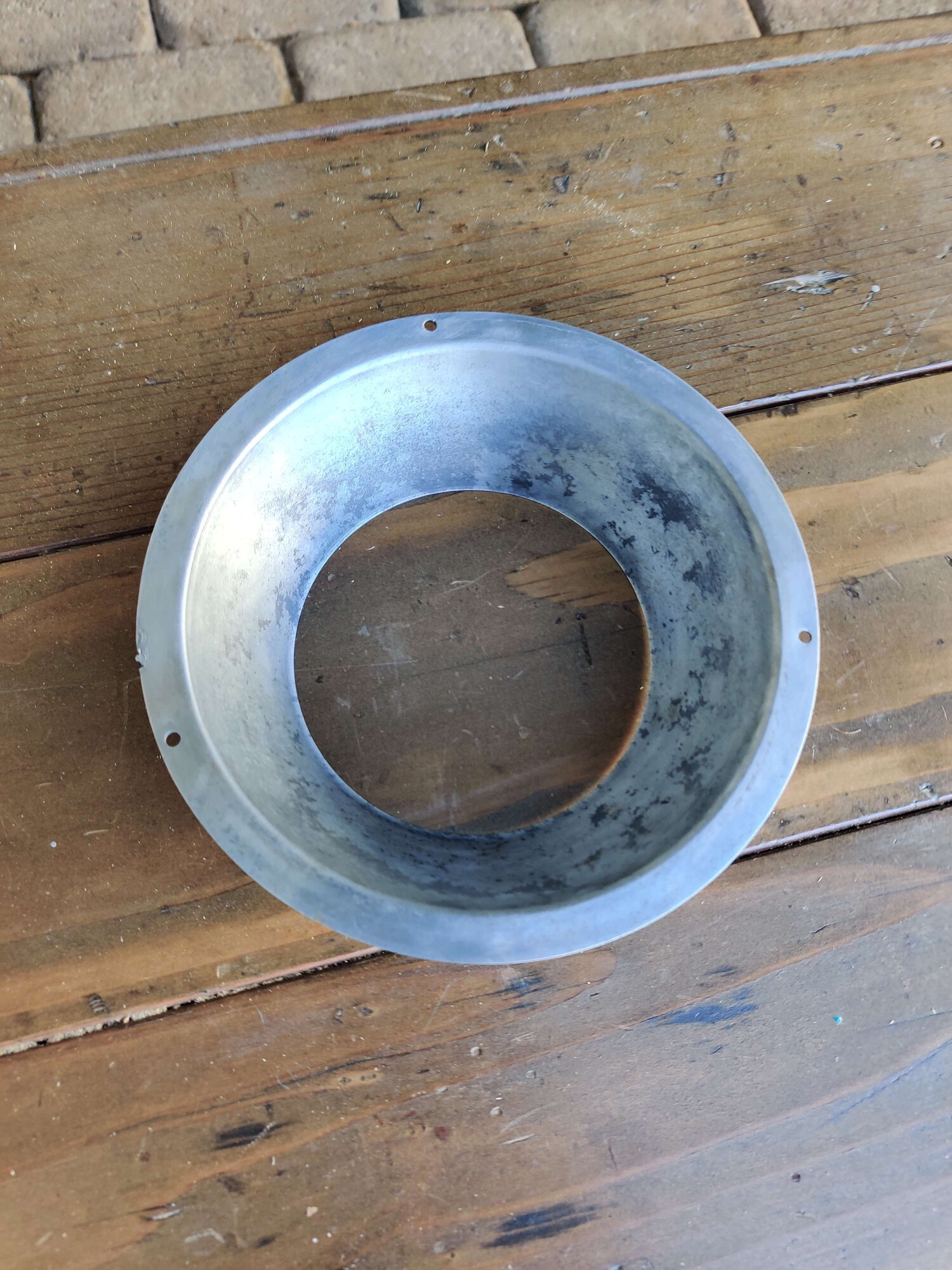 When I worked at an outdoor theatre in Cleveland in the '50 we had lots of 8" 2 kW PCs, 8" 1.5 kW Fresnels and 16" 2 kW beam projectors. The plating on the reflectors in these instruments didn't like to be rained on, especially when they were hot. We would take a percentage of them to a local bumper plating shop every year for re-plating. they would come back in 3-4 days looking like perfect mirrors again--worked like a charm. I don't know if the base metal of these reflectors was steel or brass; doubt if it was aluminum, tho. The aluminum reflectors in the Klieg lekos never needed plating--they held up well to water.
You must log in or register to reply here.